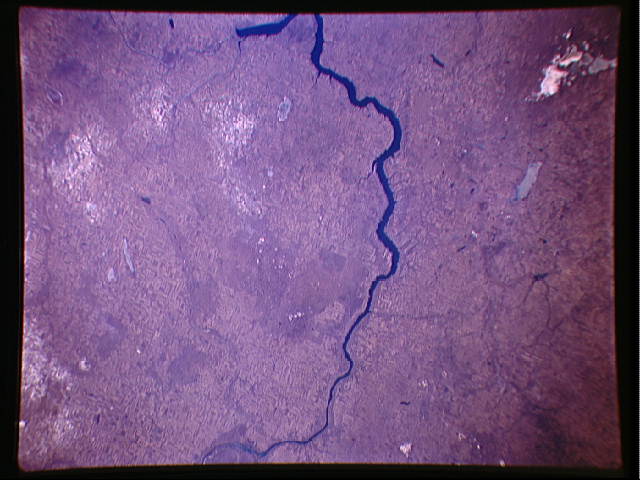 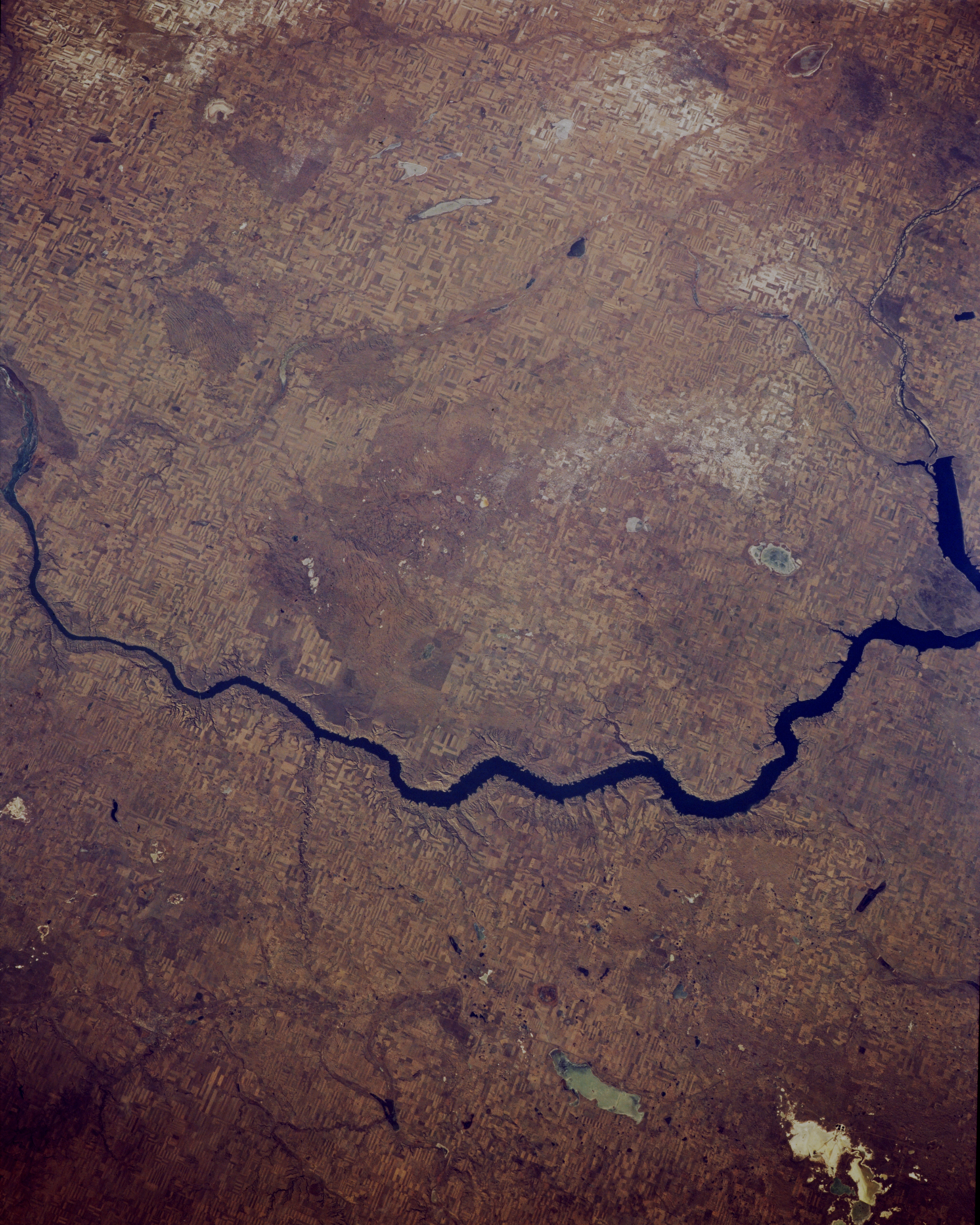 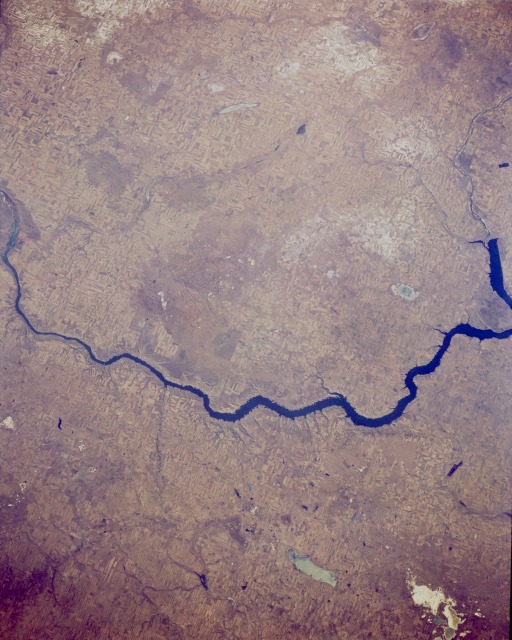 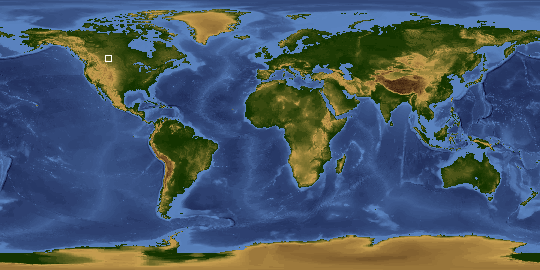 Other options available:
Download Packaged File
Download a Google Earth KML for this Image
View photo footprint information
Download a GeoTIFF for this photo
Image Caption: STS066-154-114 South Saskatchewan River, Saskatchewan, Canada November 1994
Lake Diefenbaker, located in southwestern Saskatchewan, is the wide blue sector of the South Saskatchewan River and was created by damming this tributary of the river. One of the dams is located along the center right edge of the picture (abrupt end of the blue lake). Although the agricultural field patterns in this small scale image are not easy to identify, the faint but widespread angular pattern spread across most of the scene represents fence lines aligned diagonally to the edge of the view. The subtle but slightly lighter colored areas north of the South Saskatchewan River suggest a dusting of snow. The grayish feature south of Lake Diefenbaker is Reed Lake (bottom center) and the whitish feature near the lower right corner of the image is Chaplin Lake. Both are dry lakes, indicating the semi-aridity of the Canadian high plains/prairie provinces. A few lakes, such as Luck and Barber, are discernible north of Lake Diefenbaker.