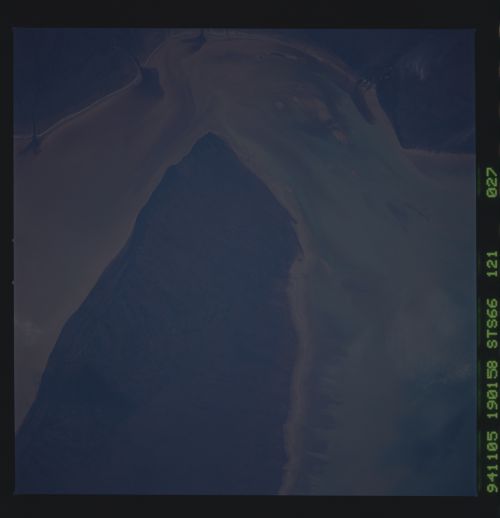 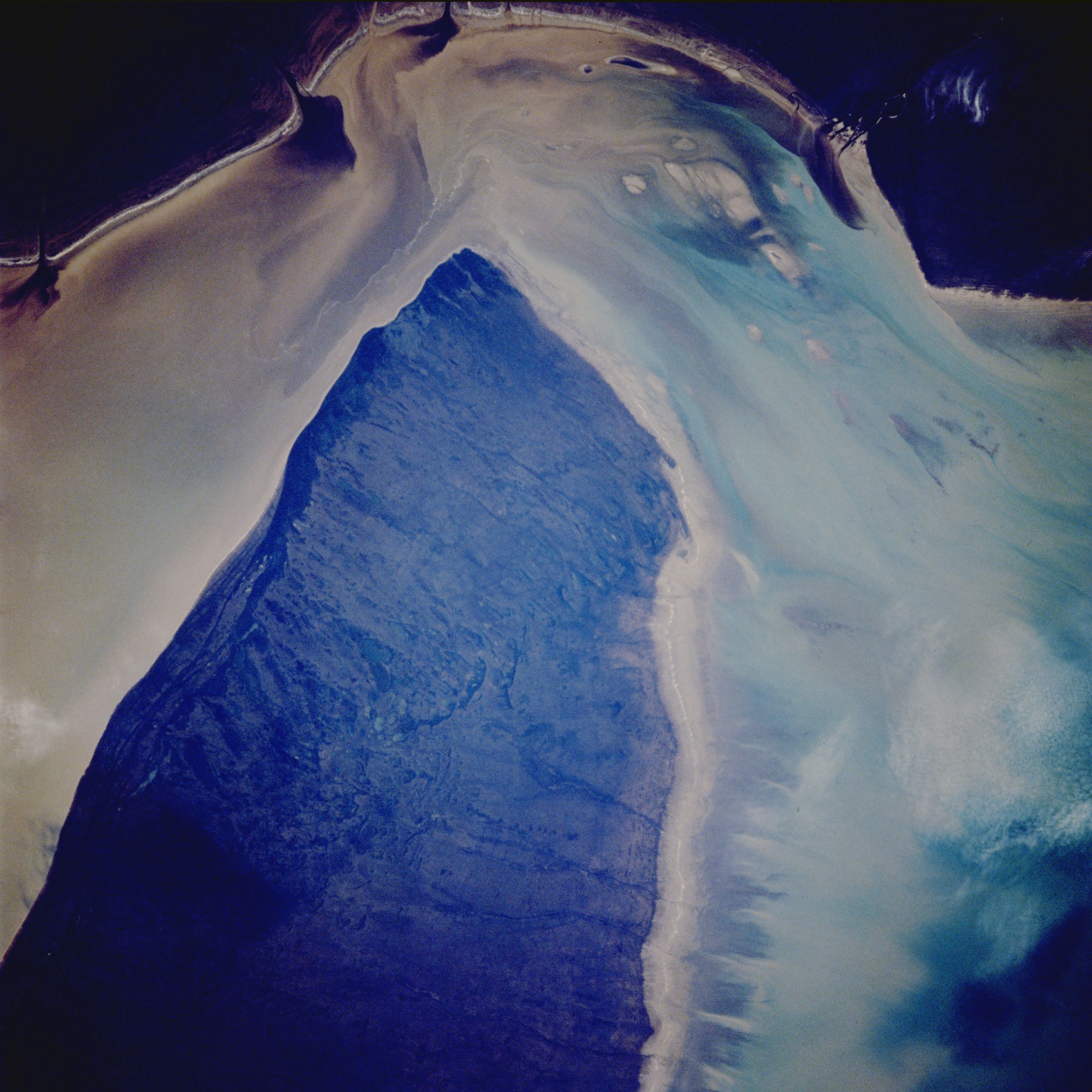 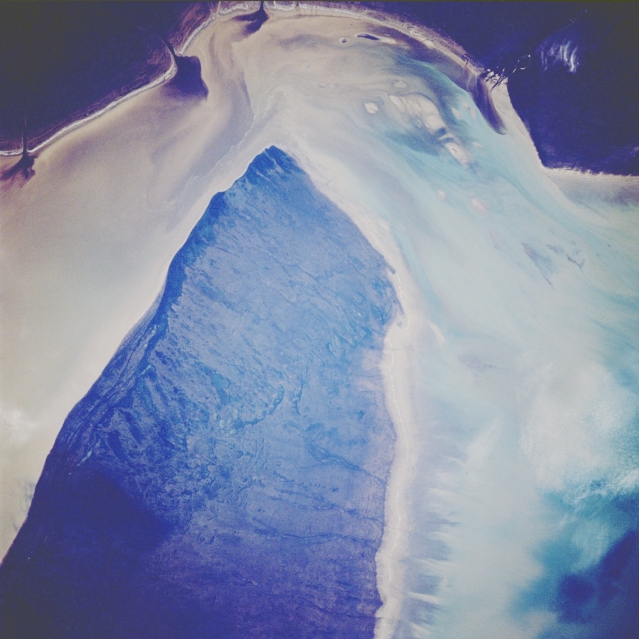 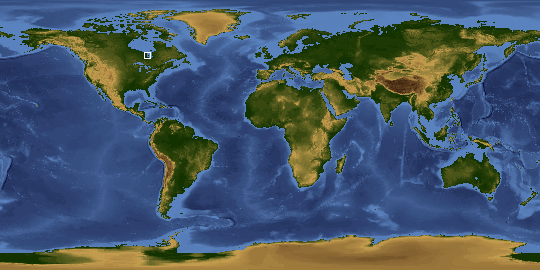 Other options available:
Download Packaged File
Download a Google Earth KML for this Image
View photo footprint information
Image Caption: STS066-121-027 James Bay, Canada November 1994
The light parts of the picture show muddy sediment which is being fed into James Bay by local rivers. The sediment pattern and current flow around the western end of Akimiski Island (center of image) are very pronounced in this westward view along the west side of shallow James Bay. Akimiski Island is only separated from the mainland and the mouth of the Attawapiskat River by 10 miles (16 kilometers). The dark water plumes along the top of the picture show drainage into James Bay from several small rivers as well as the Attawapiskat River. The overall quality of the image is too dark to allow many landforms or topography to be discerned, except to note that the drainage off of Akimiski Island is towards the north (right side of image). Patterns in the water immediately right (north) of the island show that winds on the day this photo was taken were blowing from the south (left).