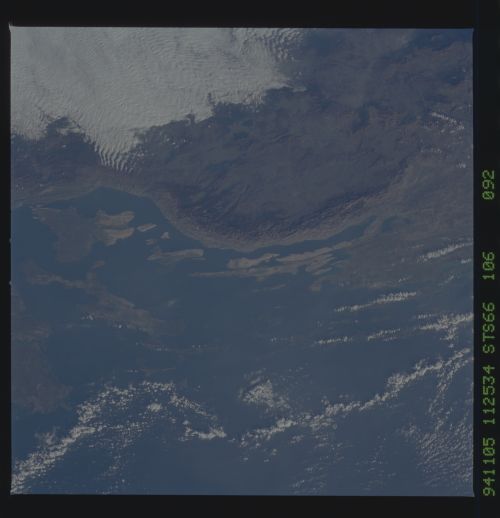 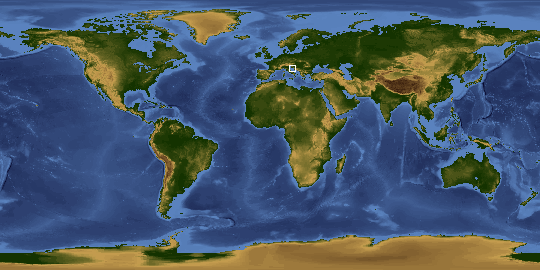 Other options available:
Download Packaged File
Download a Google Earth KML for this Image
View photo footprint information
Image Caption: The Adriatic coast of Bosnia-Herzegovina and Croatia is centered at approximately 44.5 degrees north and 15.0 degrees east. North is at the bottom of the frame. The town of Bihac is located under the cloud layer in the center left of the frame. The terrain is composed of limestone and thegeomorphic term "karst" is named after the city in the area. The Velebit Mountains form the ruggedd coast in the center of the frame.