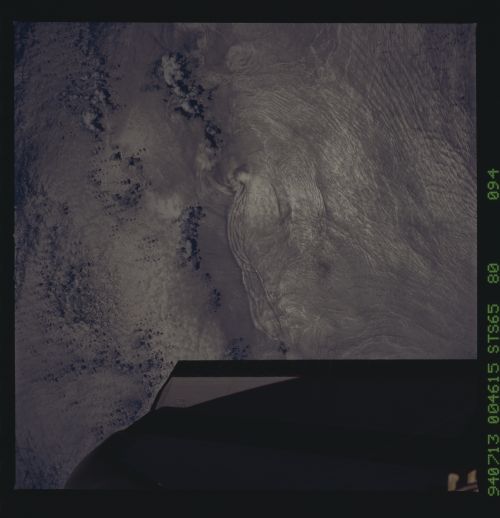 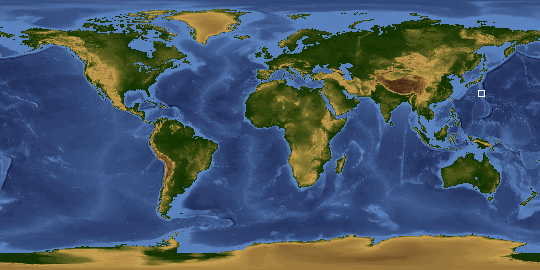 Other options available:
Download Packaged File
Download a Google Earth KML for this Image
View photo footprint information
Image Caption: STS-65 Earth observation taken aboard Columbia, Orbiter Vehicle (OV) 102, is a sunglint view of the Philippine Sea highlighting eddies produced by one or more dark islands partially obscured by clouds. These dark islands are on the opposite side of the field of view from the shuttle and have produced the various sized eddies which appear as swirls. Intermingled with these eddies are highlighted current flow lines and internal waves. These internal waves seem to be propagated on only one side of the eddy boundary. According to NASA scientists this eddy boundary may be produced by winds, differences in water temperature or a combination of these.