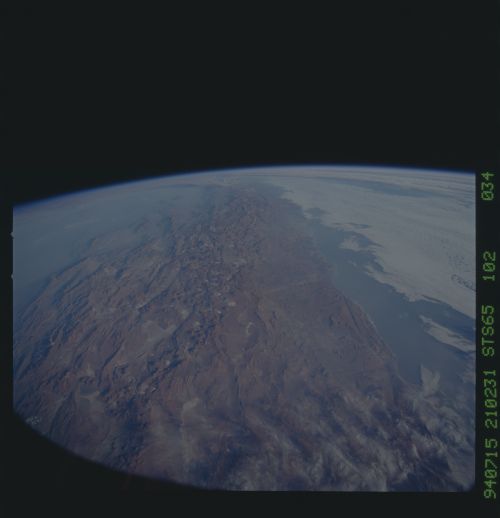 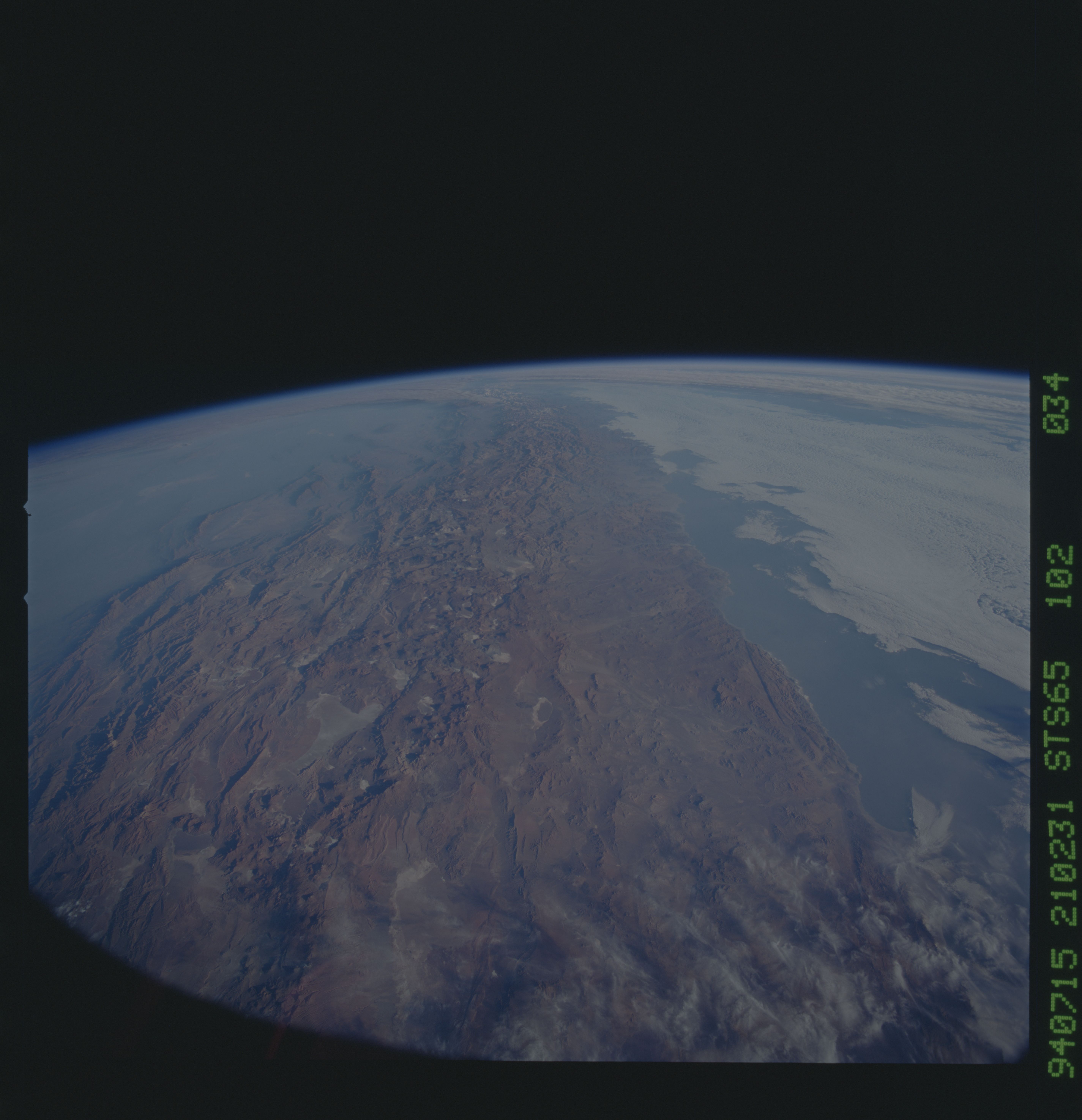 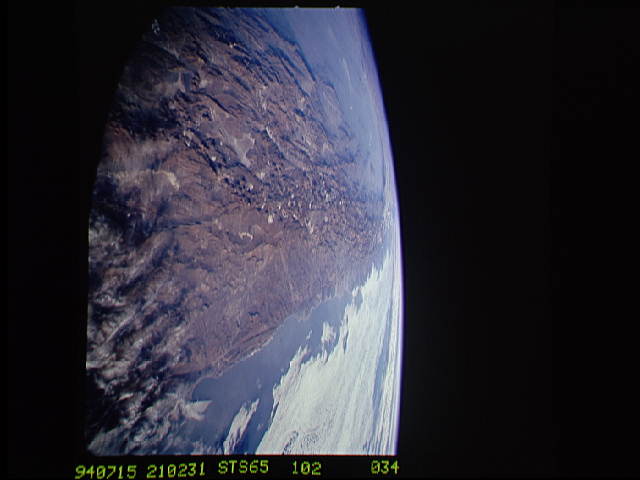 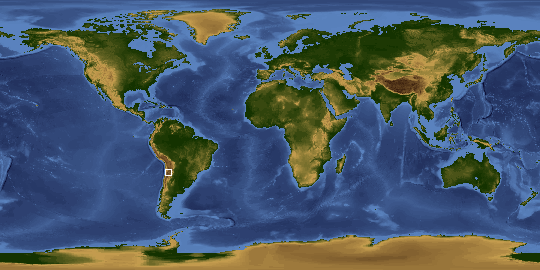 Other options available:
Download Packaged File
Download a Google Earth KML for this Image
View photo footprint information
Download a GeoTIFF for this photo
Image Caption: STS-65 Earth observation taken aboard Columbia, Orbiter Vehicle (OV) 102, shows Northern Chile and the Andes Mountains. This color photograph is a panoramic (southern view) that features Chile and the Andes Mountains of South America. The Atacama Desert, one of the driest regions on Earth, is clearly visible along the Chilean coast. In the near left foreground is the Salar de Arizaro. Salar Punta Negra in the center foreground appears to be partially filled with water. On the right side of the view, a coastal plateau rises from the Pacific Ocean and meets the Andes Mountains that appear as a backbone running north to south along the border of Chile and Argentina. In the distant left portion of the view can be seen the hazy Chaco Plains and Pampas.