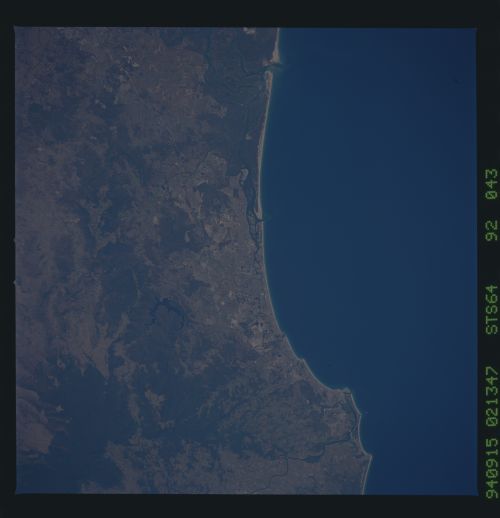 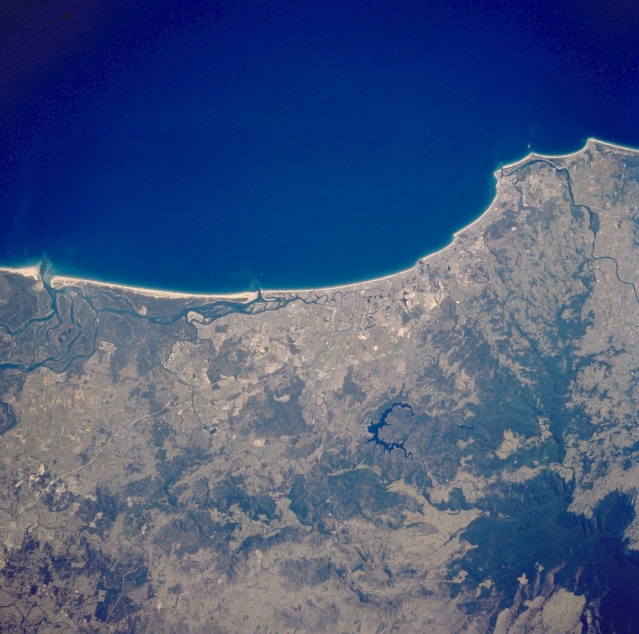 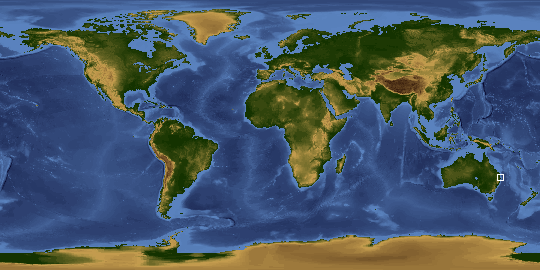 Other options available:
Download Packaged File
Download a Google Earth KML for this Image
View photo footprint information
Image Caption: STS064-92-043 Surfers Paradise Area, Queensland, Australia September 1994
The coastal city of Surfers Paradise, located approximately 35 miles (56 kilometers) southeast of Brisbane, is located near the center of this image. Several cities aligned along this coast merge together with Surfers Paradise to form the Gold Coast of Queensland. The very dark area in the lower right quadrant of the image is part of the thickly vegetated subtropical rainforest that straddles the Queensland and New South Wales border. The U-shaped (dark feature) is a reservoir that has been constructed on the Coomeral River on the northern flank of Tweed (Wollumbin) Volcano. Careful examination of this image shows part of the radial drainage pattern on the northern side of the volcano. This volcano last erupted 20 million years ago and is also called Mount Warning.