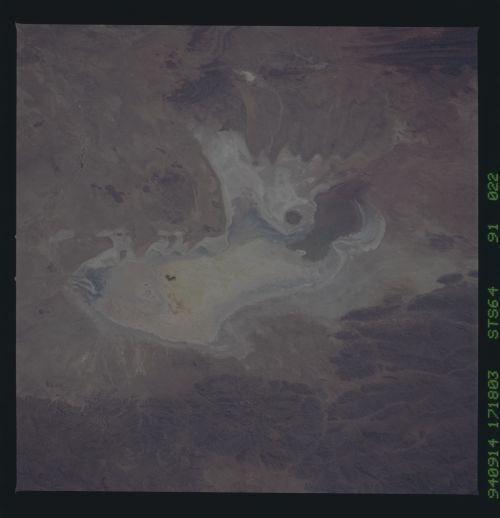 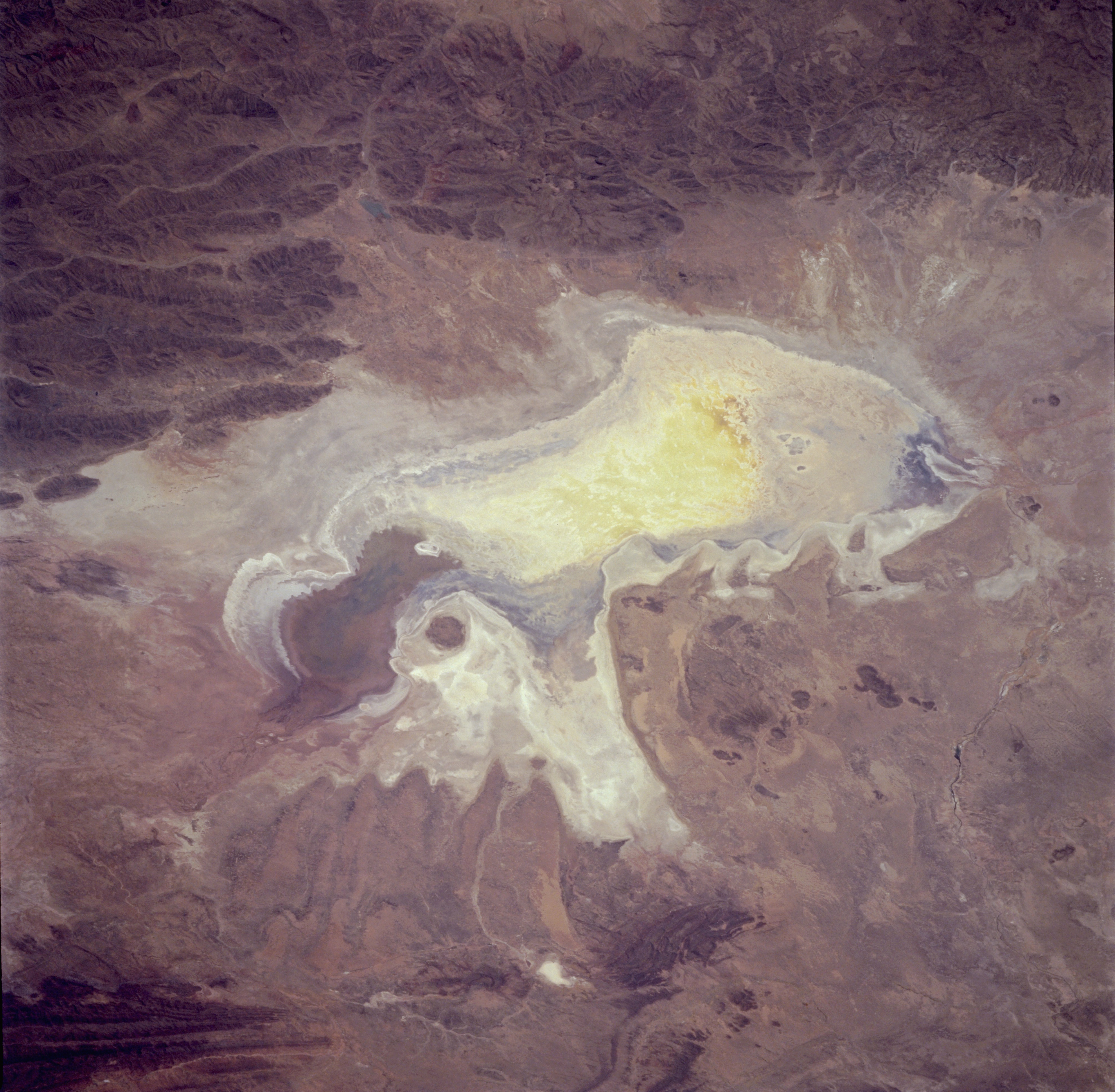 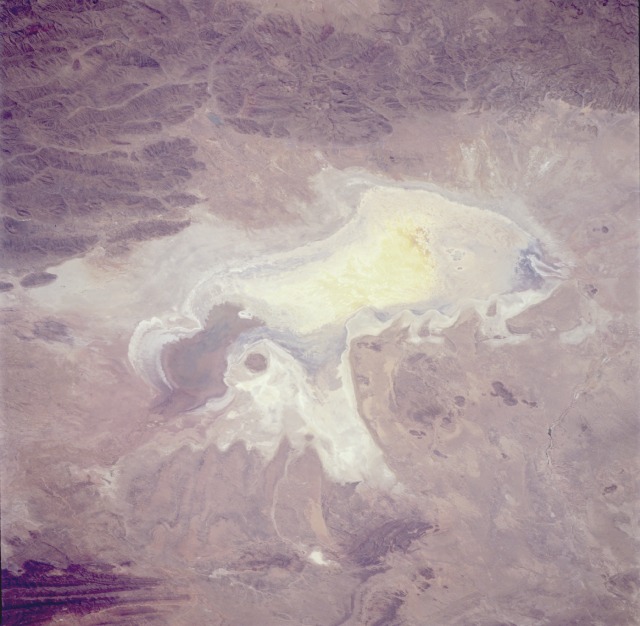 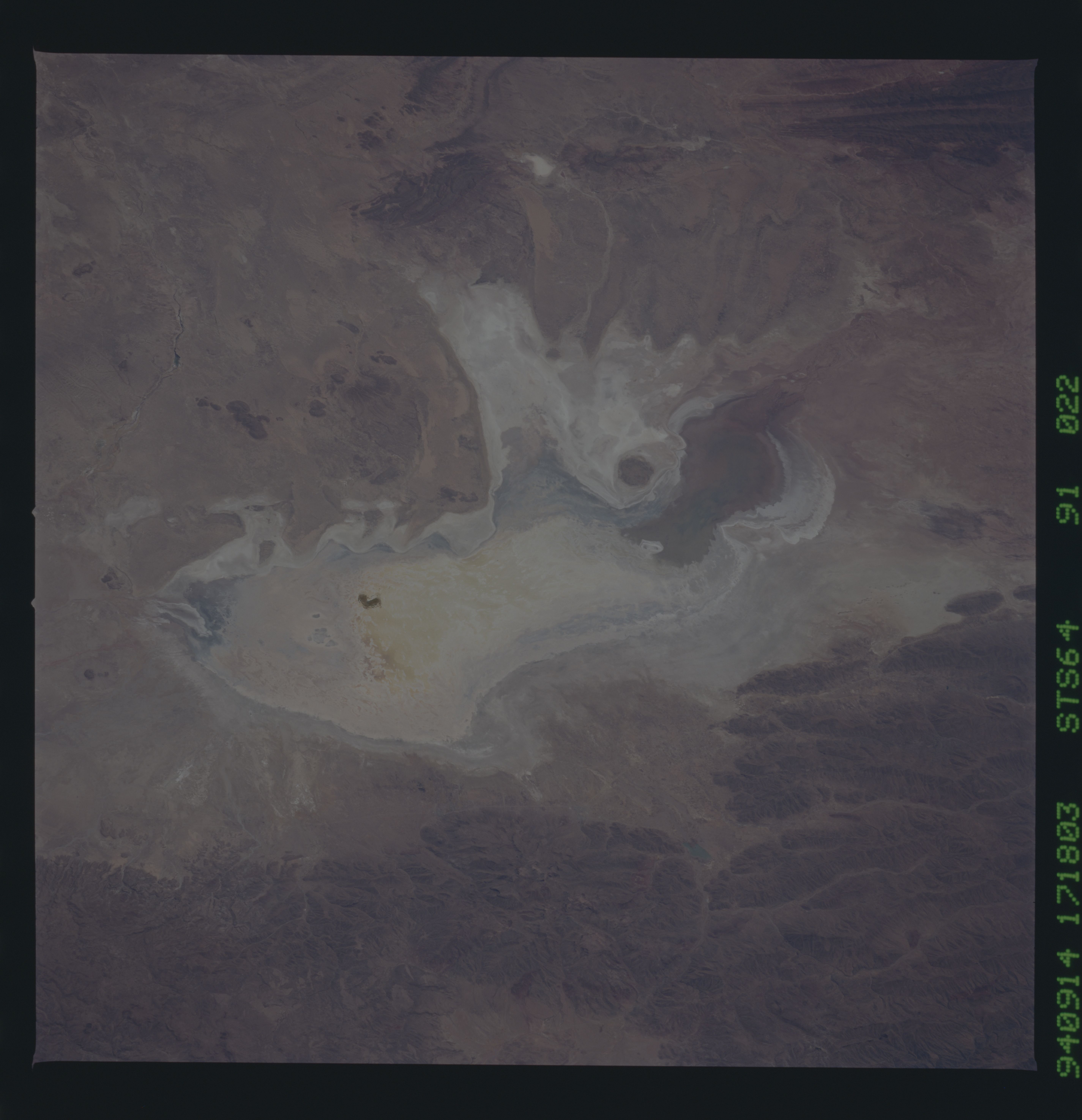 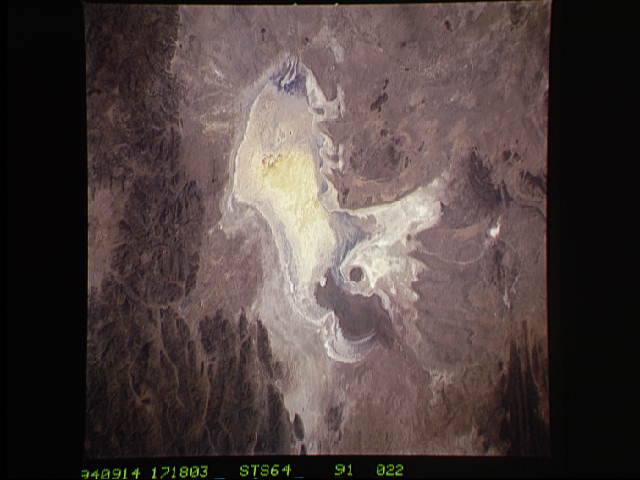 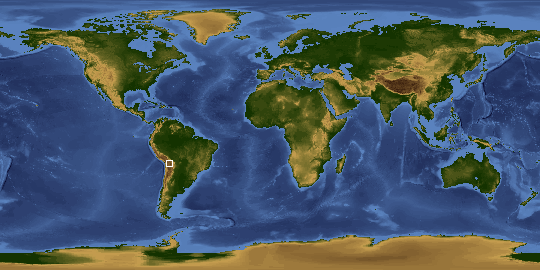 Other options available:
Download Packaged File
Download a Google Earth KML for this Image
View photo footprint information
Image Caption: STS064-091-022 Lake Poopó, Bolivia September 1994
An almost dried-up Lake Poopo (also called Lake Aullagas) is visible in this low-oblique, west-looking photograph. Lake waters have been receding since 1990 (refer to STS-048-072-049, September 1991), and the inflow of the Desaguadero River at the lake's north end (brown) has slowed to a trickle. At the south end of the lake is a small river that drains Lake Poopo and follows a westward course until it finally drains into Salar de Coipasa (not visible in the photograph). Without years of near-normal or above-normal precipitation in the region, the lake will continue to dry because of evaporation resulting from intense sunshine and strong winds. A small light blue lake is visible east of Lake Poopo near the town of Challapata (grayish smudge at the base of the mountains south of the small lake). With the carrying capacity of Lake Poopo becoming inadequate, migratory wading birds from North America will need to find other area lakes for their wintering grounds.