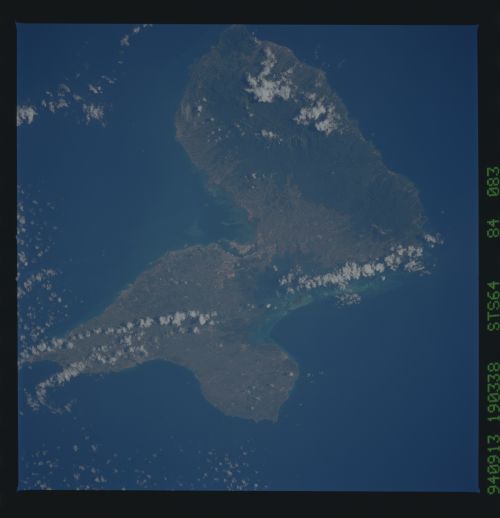 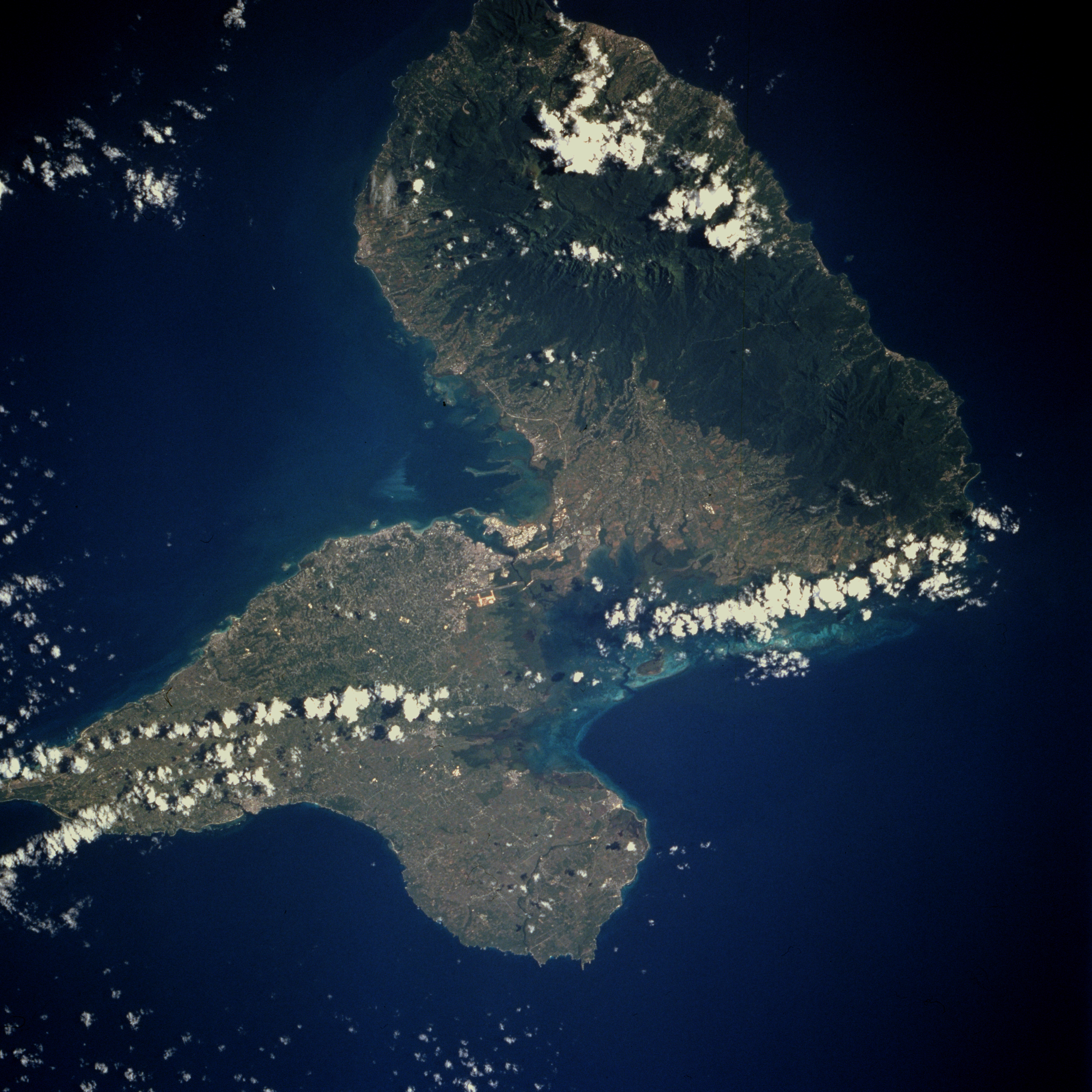 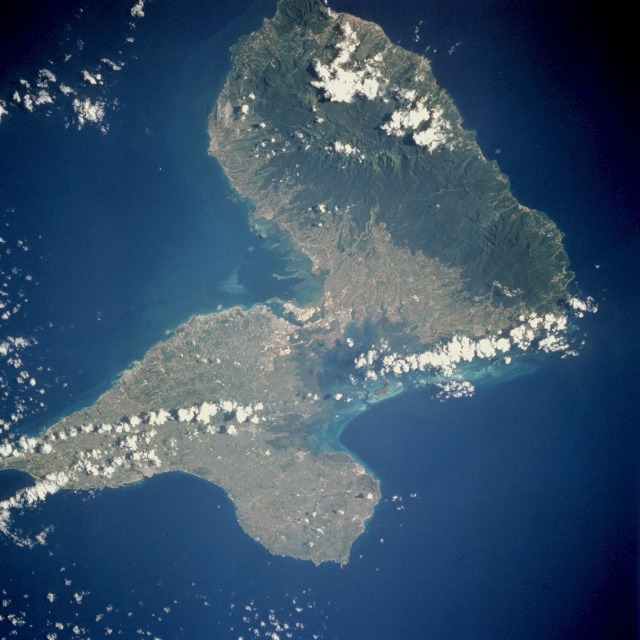 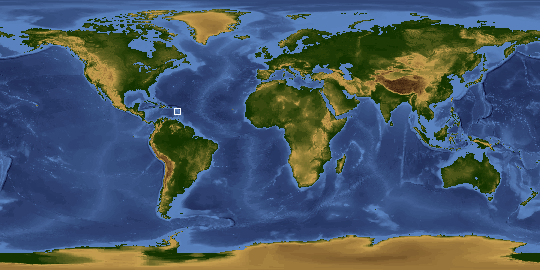 Other options available:
Download Packaged File
Download a Google Earth KML for this Image
View photo footprint information
Image Caption: STS064-084-083 Guadeloupe, West Indies September 1994
Guadeloupe, an overseas department of France located in the Leeward Islands of the Lesser Antilles, comprises two islands separated by a narrow channel--Grande Terre to the east with its low-lying, limestone reef platform and Basse Terre to the west with its rugged, mountainous, volcanic land. Dark green Basse Terre shows a lush tropical rain forest that surrounds the highest volcanic peak of the Lesser Antilles, Mount Soufrière, which rises 4813 feet (1467 meters) above sea level. The volcano last erupted in 1974, 20 years before this photograph was taken; however, the vegetation has regenerated sufficiently to obscure most of the caldera. The island experiences volcanic eruptions, earthquakes, and occasional hurricanes. Most of the agricultural activity occurs on Grande Terre where sugarcane, bananas, and coffee are grown, usually on large plantations. The concentration of commercial activity centers on the Pointe-à-Pitre and Abymes area along the southwest coast of Grande Terre. Most of the population (more than 330 000) resides in small towns around the periphery of the islands.