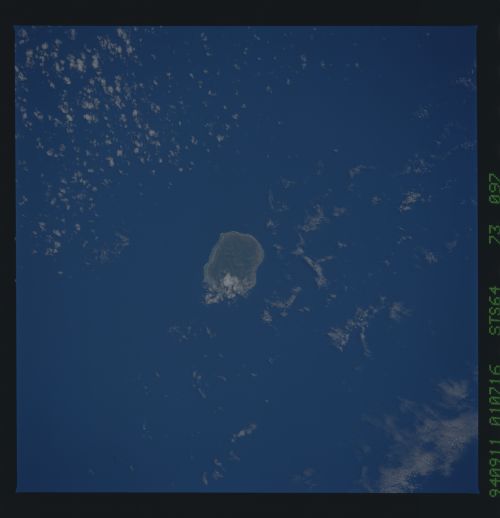 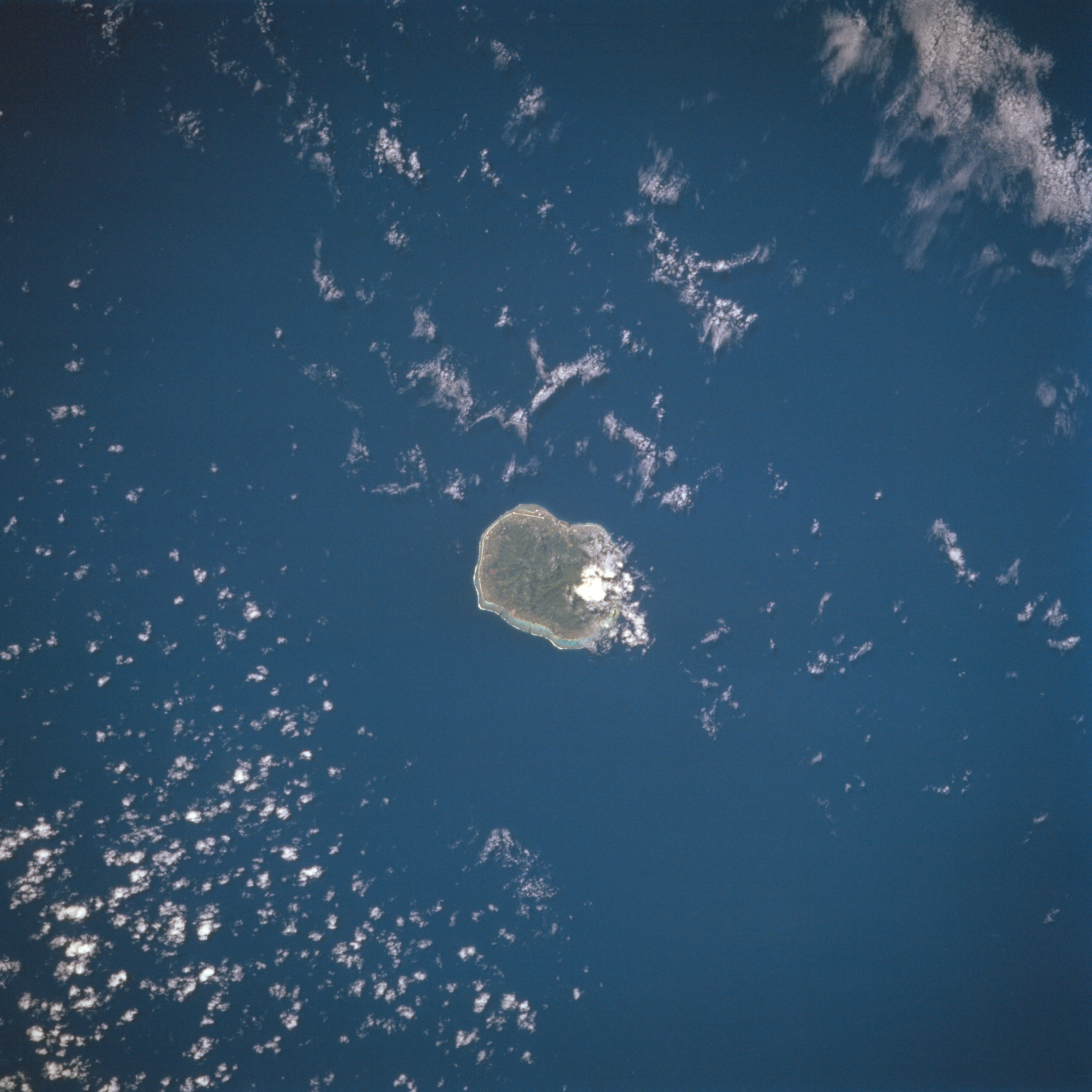 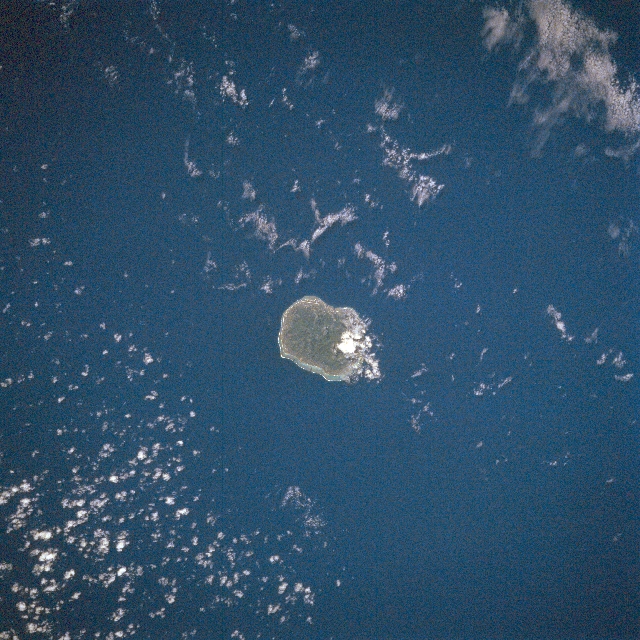 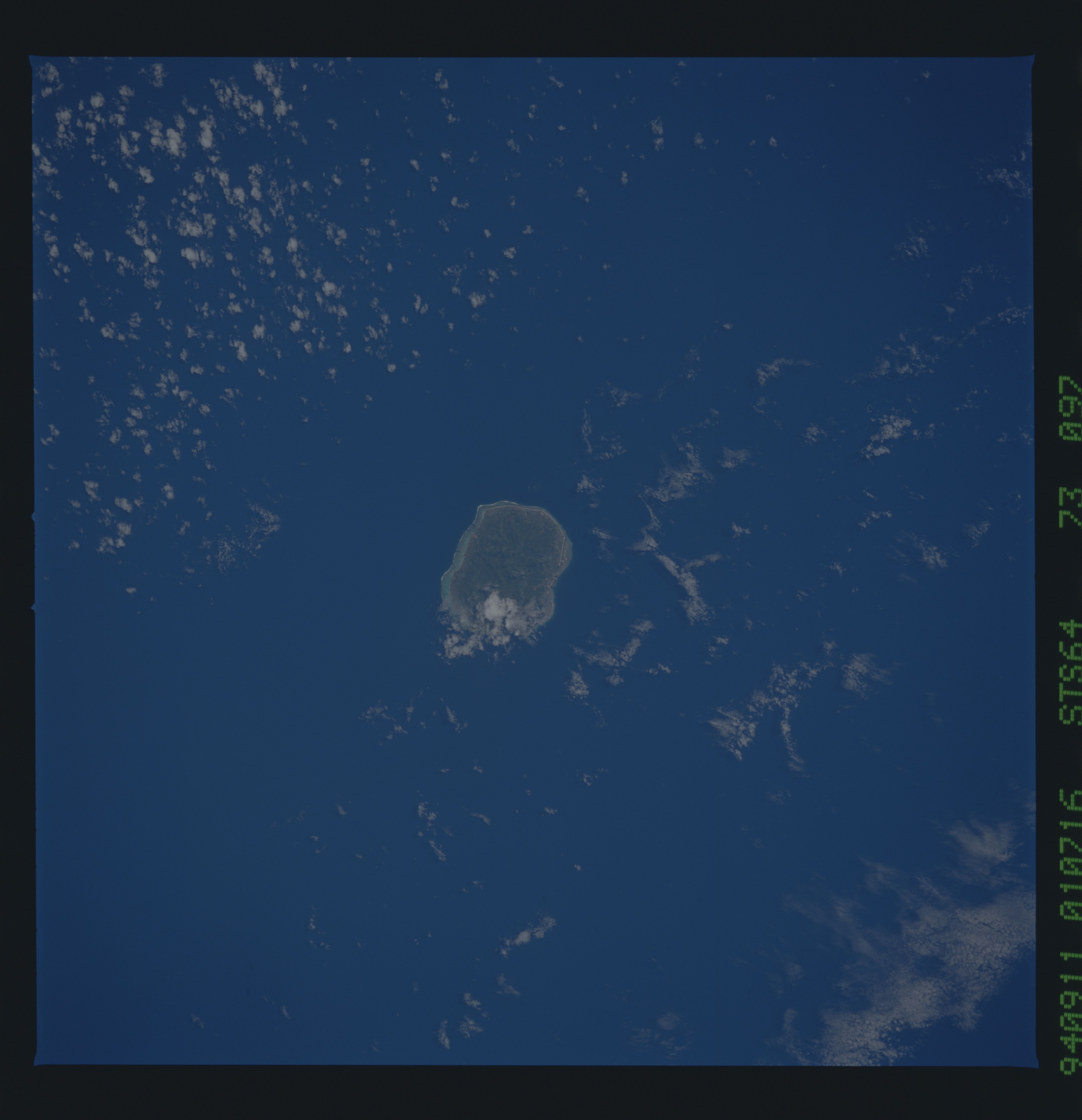 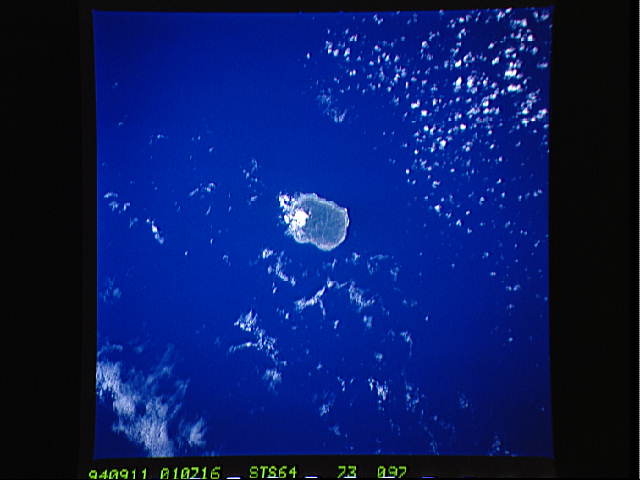 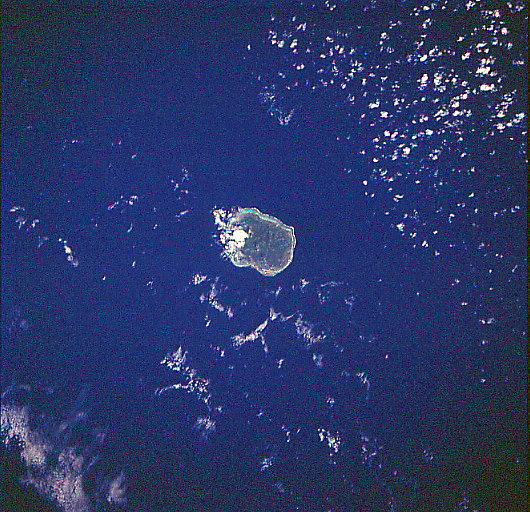 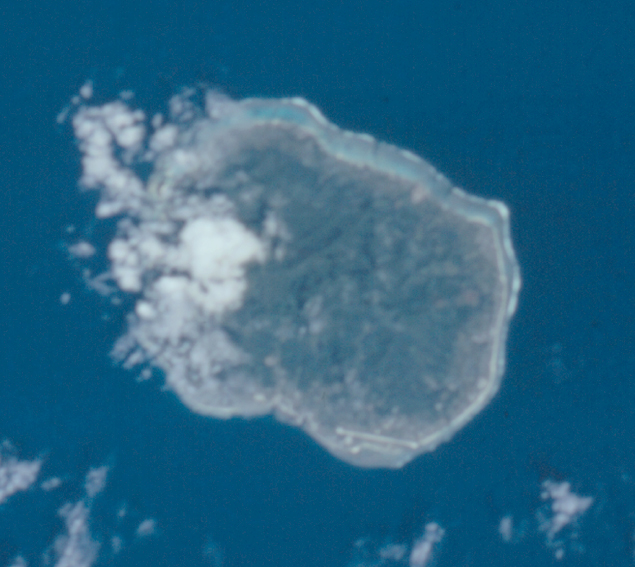 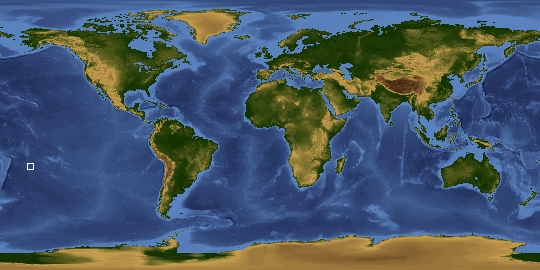 Other options available:
Download Packaged File
Download a Google Earth KML for this Image
View photo footprint information
Image Caption: STS064-073-097 Rarotonga Island, Cook Islands September 1994
The youngest island within the Cook Islands southern group, the volcanic island of Rarotonga can be seen in this northwest-looking view. The capital and largest of the Cook Islands, Rarotonga's central massif is the eroded remains of a volcanic pyramid whose eroded crags now form sawtooth peaks and razorback ridges covered with tropical jungle. Rarotonga Island stands 14750 feet (4500 meters) above the ocean floor. The island is 20 miles (32 km) in circumference. At a depth of 13000 feet (4000 meters), the volcano is nearly 31 miles (50 km) in diameter. The highest peak on the island above sea level is 2140 feet (658 meters). The island is surrounded by a lagoon, which extends several hundred yards (meters) to the reef, which then slopes steeply to deep water. Agricultural terraces, flats, and swamps surround the central mountain area. Based on evidence collected, archaeologists have estimated that there was human life on Rarotonga Island about 5000 years ago.