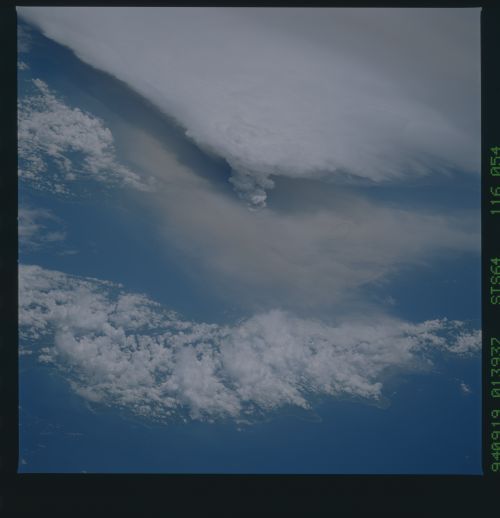 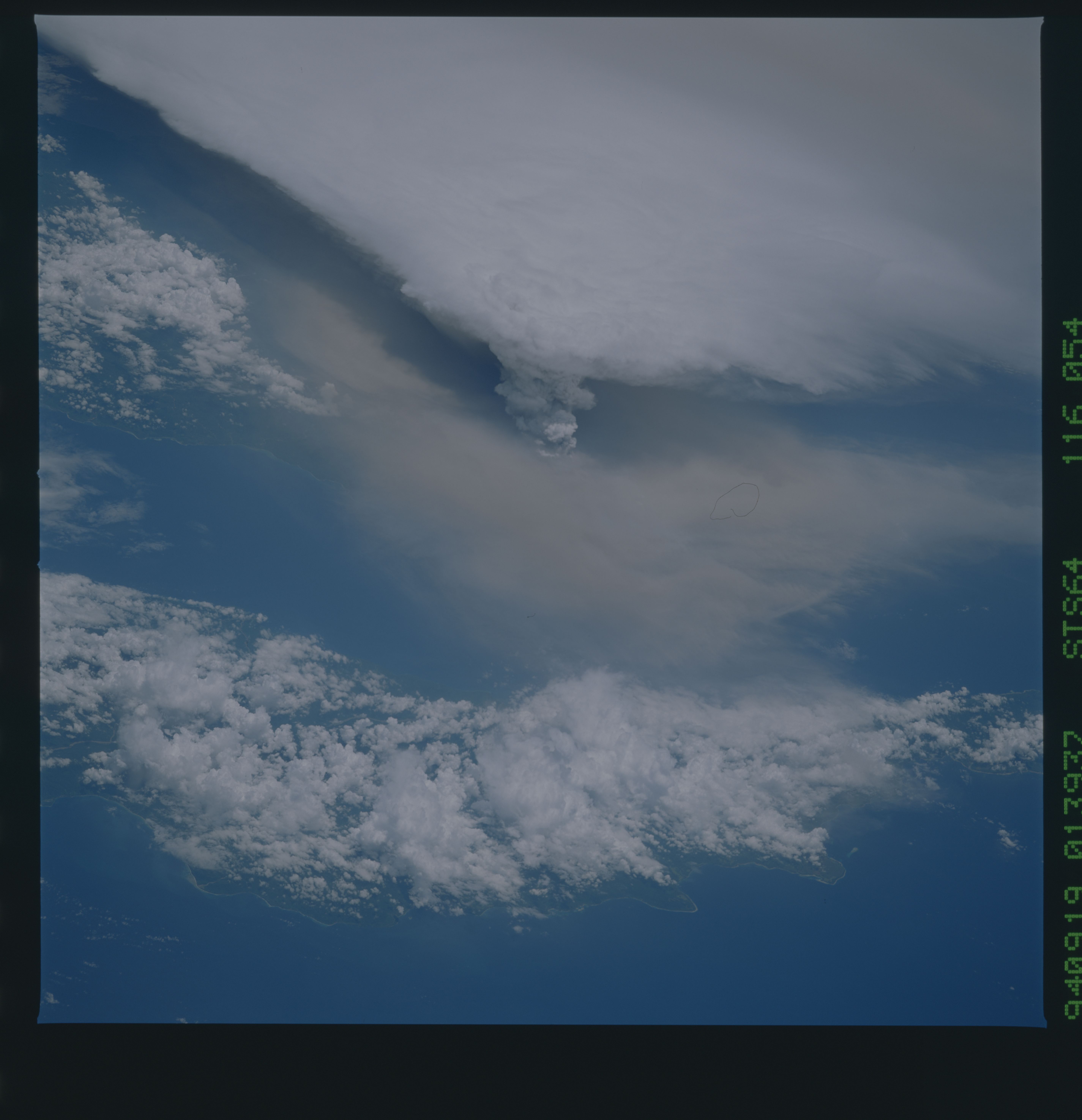 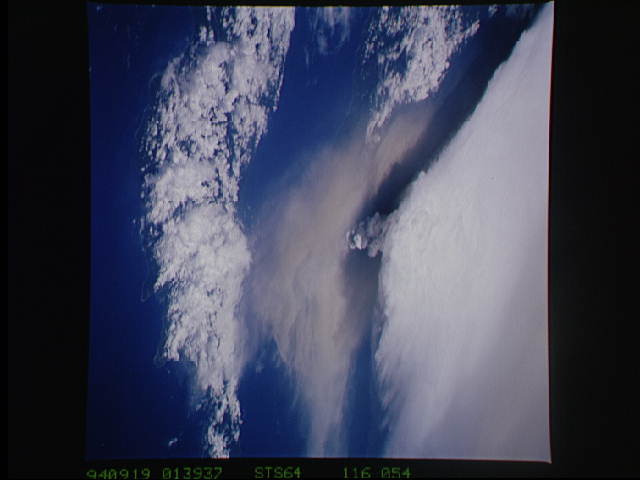 On the morning of Sept 19, two volcanic cones on opposite
sides of the 6-km sea-filled crater of Rabaul volcano (E.
end of New Britain) began to erupt with very little
warning. The STS-64 crew flew just east of the eruption
roughly 24 hours after it started and near the peak of
its activity. The eruption, which
sent a plume up to over 60,000 ft into the atmosphere,
caused over 50,000 people to flee the area. Because
winds were light at the time of eruption, most of the ash
was deposited in a region within 20 km of the eruption
zone.
This photograph shows the large, white billowing
eruption plume. The plume flattens out near its top and
is carried in a westerly direction by the weak prevailing
winds. The plume was clearly visible on the GMS
geostationary satellite images. At the base of the
eruption column is a layer of yellow-brown ash being
distributed by lower level winds. A sharp boundary
moving outward from the center of the eruption in the
lower ash cloud is a pulse of lateral-moving ash which
results from a volcanic explosion. The two different
clouds (large white column and lower gray cloud) could be
from the two main vents on each side of the harbor. The
cloud-covered island in the foreground
is New Ireland. Results of the eruption include:
The bay/harbor of Rabaul is covered with a layer of
ash, possibly partly infilled with volcanic material.
Matupit Island and the airport runway have disappeared
into the bay. There is more than a meter of ash on the city of Rabaul
up to 5 vents were reported erupting at once, including
the two cones Vulcan and Tavurvur, which are on opposite
sides of the harbor, and new vents below the bay.
The collapse of half of the Vulcan cone into the sea