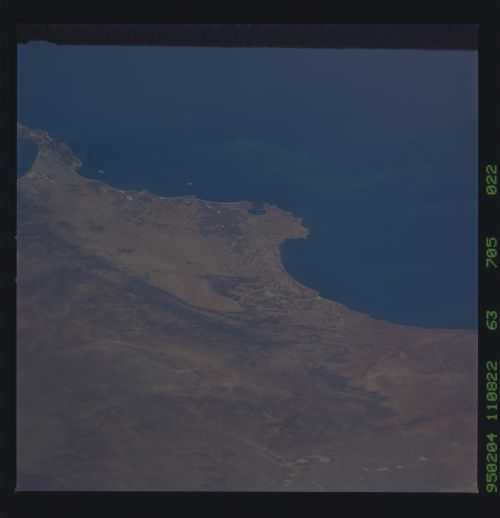 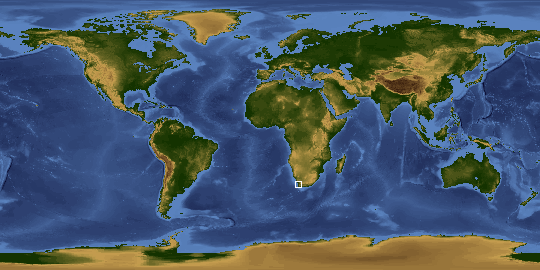 Other options available:
Download Packaged File
Download a Google Earth KML for this Image
View photo footprint information
Image Caption: The southwest coast of southern Africa from St. Helena Bay (large bay at center), to Table Bay at Cape Town (bottom, with Robben Island near entrance). The pier at the naval base and fishing port of Saldhanaha Bay can be seen in the small bay (center). False Bay is cut off by the bottom edge of the frame. What NASA scientists think to be a phytoplankton bloom appears offshore in the cold upwelled water off the Atlantic coast. Farmland, especially that used for wine growing, is found near the coast occupying the Mediterranian-like climate of the Southwest Cape Province; but inland of the mountains of the Karroo Desert is home to sheep farmers and little agriculture.