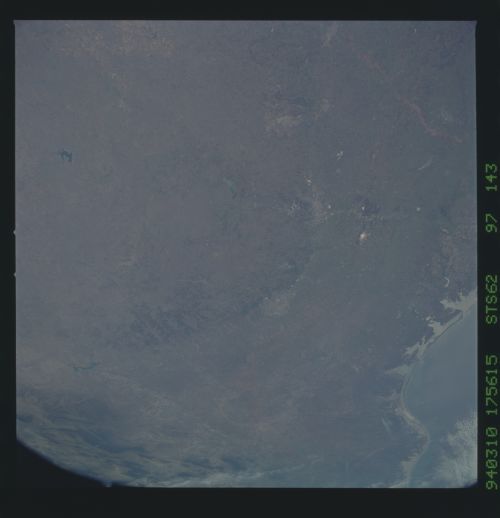 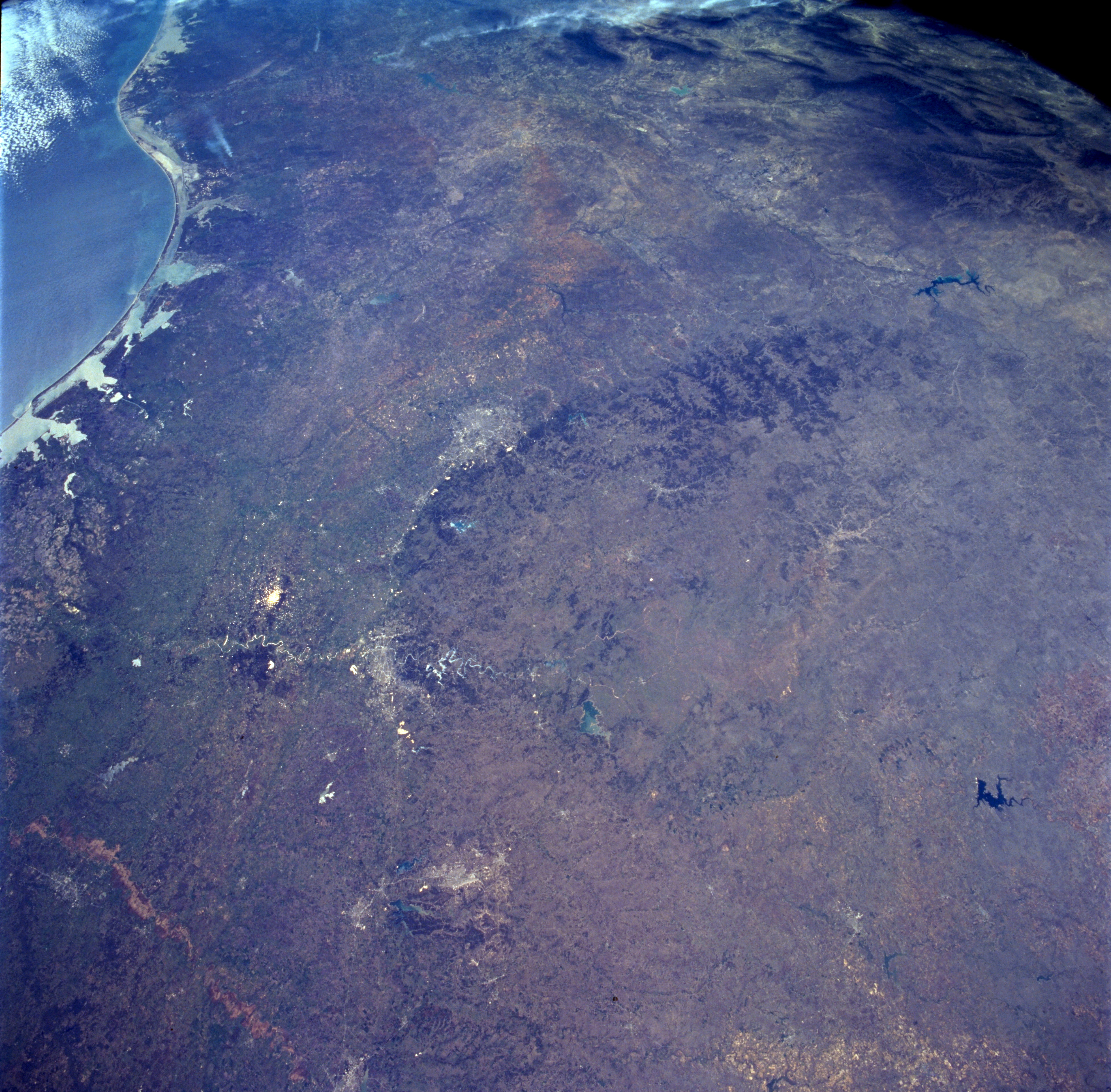 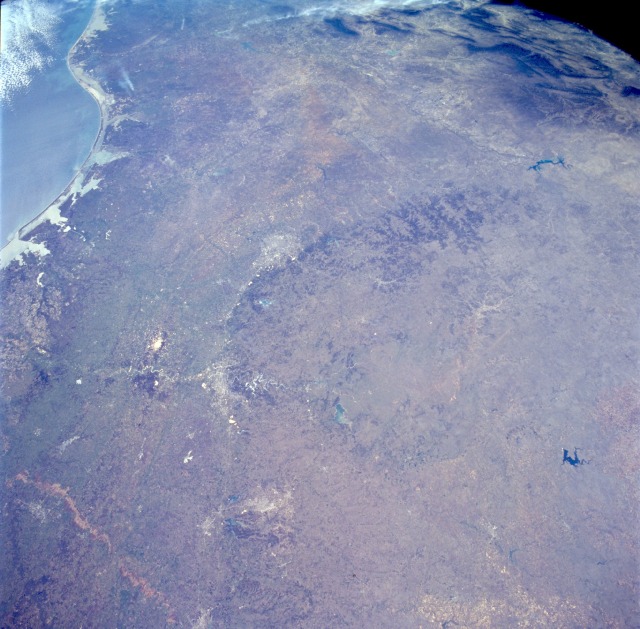 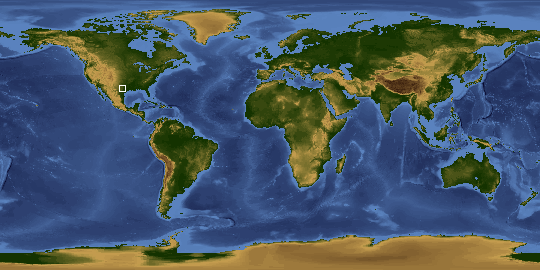 Other options available:
Download Packaged File
Download a Google Earth KML for this Image
View photo footprint information
Image Caption: STS062-097-143 South-Central Texas, U.S.A. March 1994
This photograph offers a great regional view covering 500 miles (800 kilometers) from just south of Interstate Highway 20 into northeastern Mexico. Two major landforms that stand out in this low-oblique photograph of south-central Texas are the coastal plains and the Edwards Plateau. The Balcones escarpment, the boundary between the coastal plains and the Edwards Plateau, can be recognized as a gradual arc beginning in the northeast and turning more westerly as it curves along the north side of San Antonio. Beginning with San Antonio and moving generally northward, the cities (lighter areas) of Austin, bisected by the highly reflective Colorado River; Temple and Killeen with nearby Belton Lake; and Waco with Lake Waco to the west and the muddy Brazos River flowing southeast, help to identify this physical transition zone known as the Balcones escarpment. A third river system, the Rio Grande (discernible at the southwest edge of the photograph), forms the border between Texas and Mexico. Three large reservoirs are easily identified by their contrasting dark blue colors--International Amistad Reservoir (the west side of the photograph) sitting on Texas-Mexico border; Buchanan Lake northwest of Austin on the Colorado River; and Twin Butte Reservoir northwest of Buchanan Lake. Many bays and estuaries can be seen along the south Texas coast, stretching from Matagorda Bay (at the mouth of the Colorado River) south beyond Laguna Madre (at the mouth of the Rio Grande). The darker area along the southwestern corner of the photograph is part of the Sierra Madre Oriental range in Mexico.