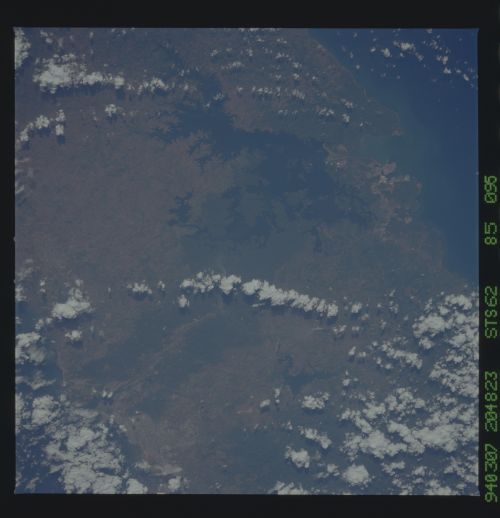 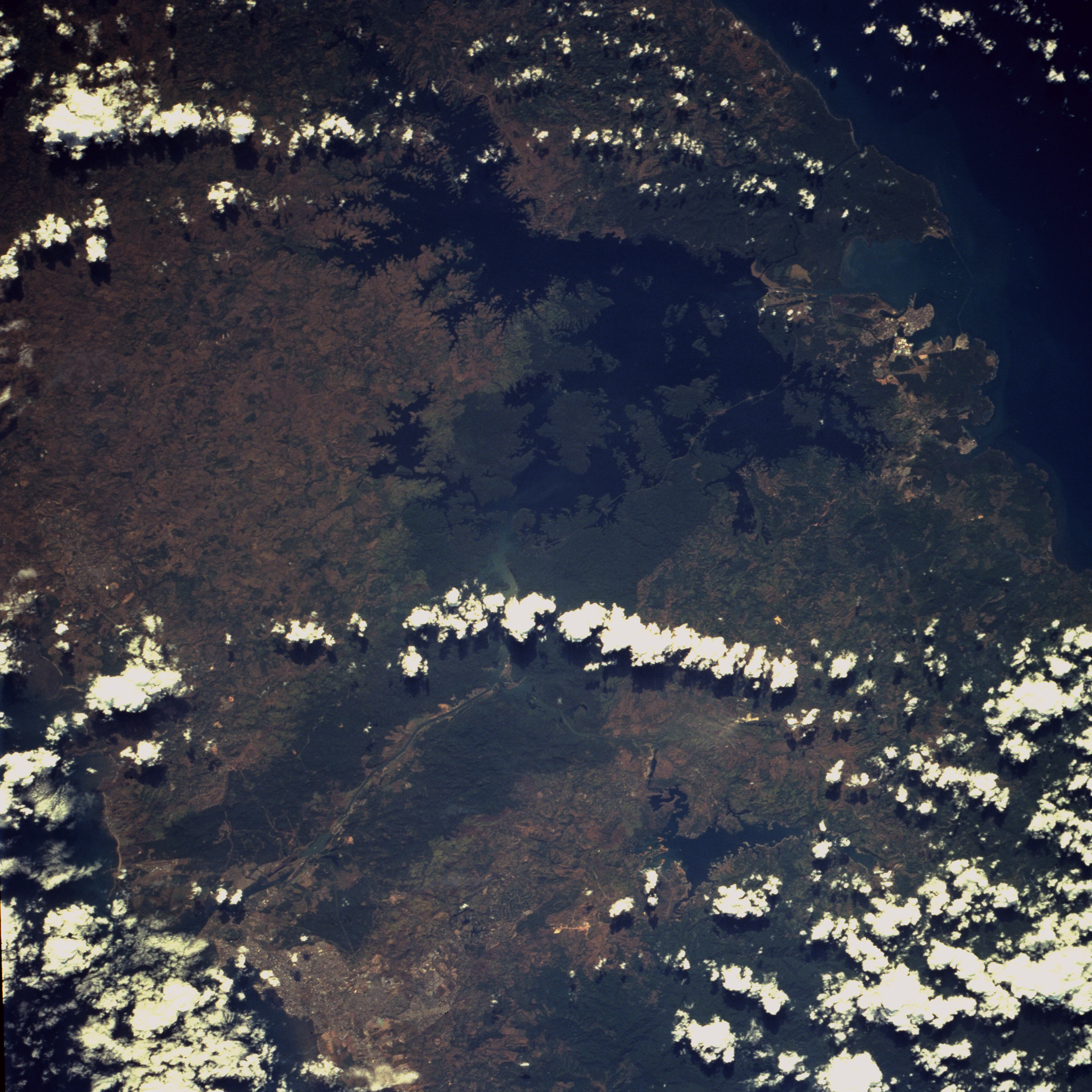 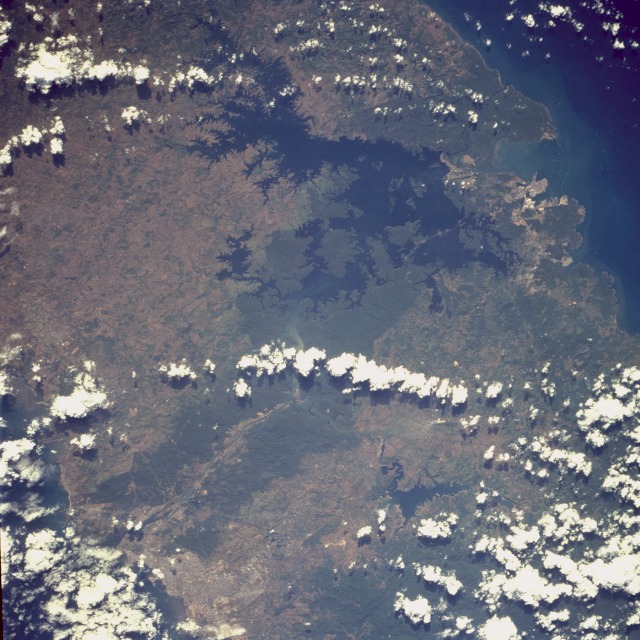 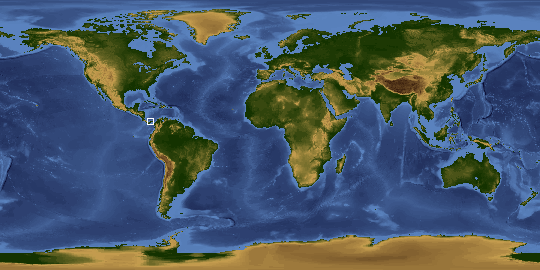 Other options available:
Download Packaged File
Download a Google Earth KML for this Image
View photo footprint information
Image Caption: STS062-085-095 Panama Canal Zone, Panama March 1994
Because of the configuration of the Isthmus of Panama, the canal runs northwest-southeast from the city of Colon to Panama City, both of which are visible in this photograph. In between are the blue waters of Gatun Lake and the dark green forests on either side of the canal. The Canal Zone extends approximately 5 miles (8 kilometers) on either side of the shipping channel, except near Madden Lake (east of the canal near its center). The shipping channel of the canal is 51 miles (82 kilometers) long, though the Canal Zone is only 40 miles (64 kilometers) long. The canal zigzags across the isthmus to take advantage of the geographic features of the area, such as the Chagres River (visible between Madden Lake and the canal). The controlled water supply for the canal is provided by the three artificial lakes: Gatun near the city of Colon terminus, Miraflores near the Panama City terminus, and Madden Lake. Gatun is the largest of the three lakes, covering 165 square miles (429 square kilometers). Madden Lake was built as a large supplemental reservoir to keep water levels up in the canal during the dry season. All three lakes are vital sources for maintaining the ship channel over the Continental Divide (Gaillard Cut) and for regulating the flow of water that enables huge vessels to be lifted and lowered in the massive locks. The Panamanian government will take complete control of the canal from the United States in 2000. A concern to scientists and enviromentalists in both countries will be to keep the forests bordering the canal on both sides in place to help lessen soil erosion and sedimentation. Excessive soil erosion and sedimentation caused by deforesting the zone could lead to serious silting problems, which could eventually close the canal. This would have profound economic effects on both Panama and the countries of the world that use the canal. Some sedimentation (whitish color) is visible near the center of the photograph, coming through the Chagres River from the deforested shores of Madden Lake, located east.

Gatun Lake and the forested Panama Canal Zone can be seen in this north northwest-looking low oblique photograph. The canal connects the Atlantic Ocean (coastal city of Colon) with the Pacific Ocean near Panama City in a line that takes a northwest to southeast corse because of the configuration of the isthmus. The canal zigzags across the isthmus to take advantage of the geographic features of the area such as the Chagres River. The controlled water supply for the canal is provided by the three artificial lakes: Gatun near the Atlantic terminus, Miraflores near the Pacific terminus, and Madden about halfway across the isthmus.