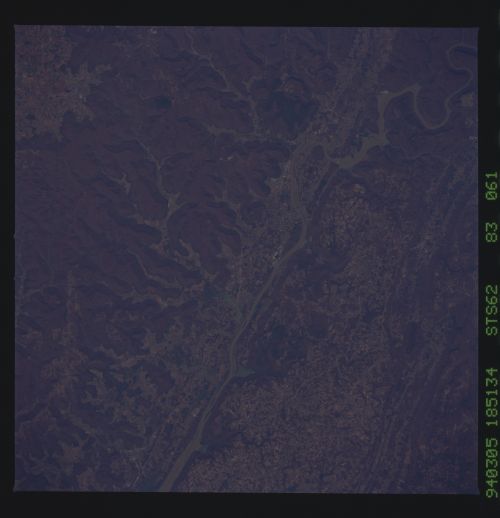 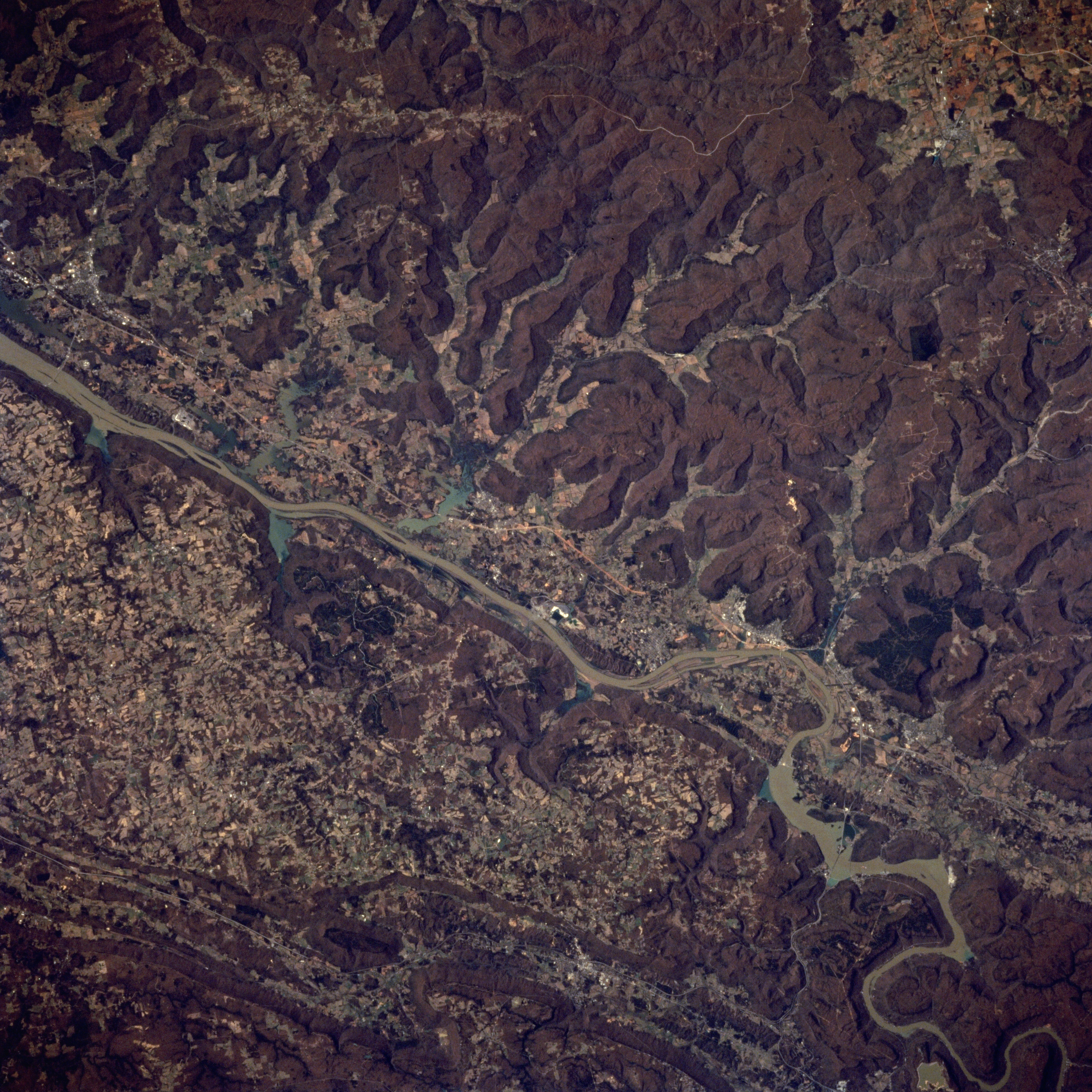 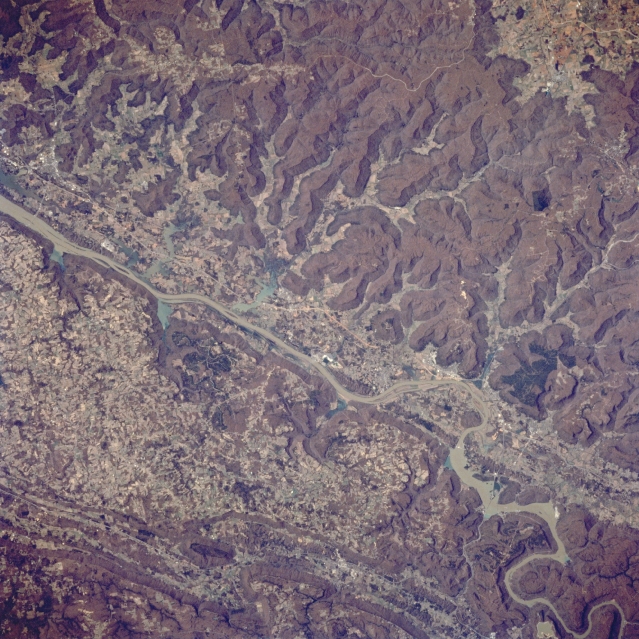 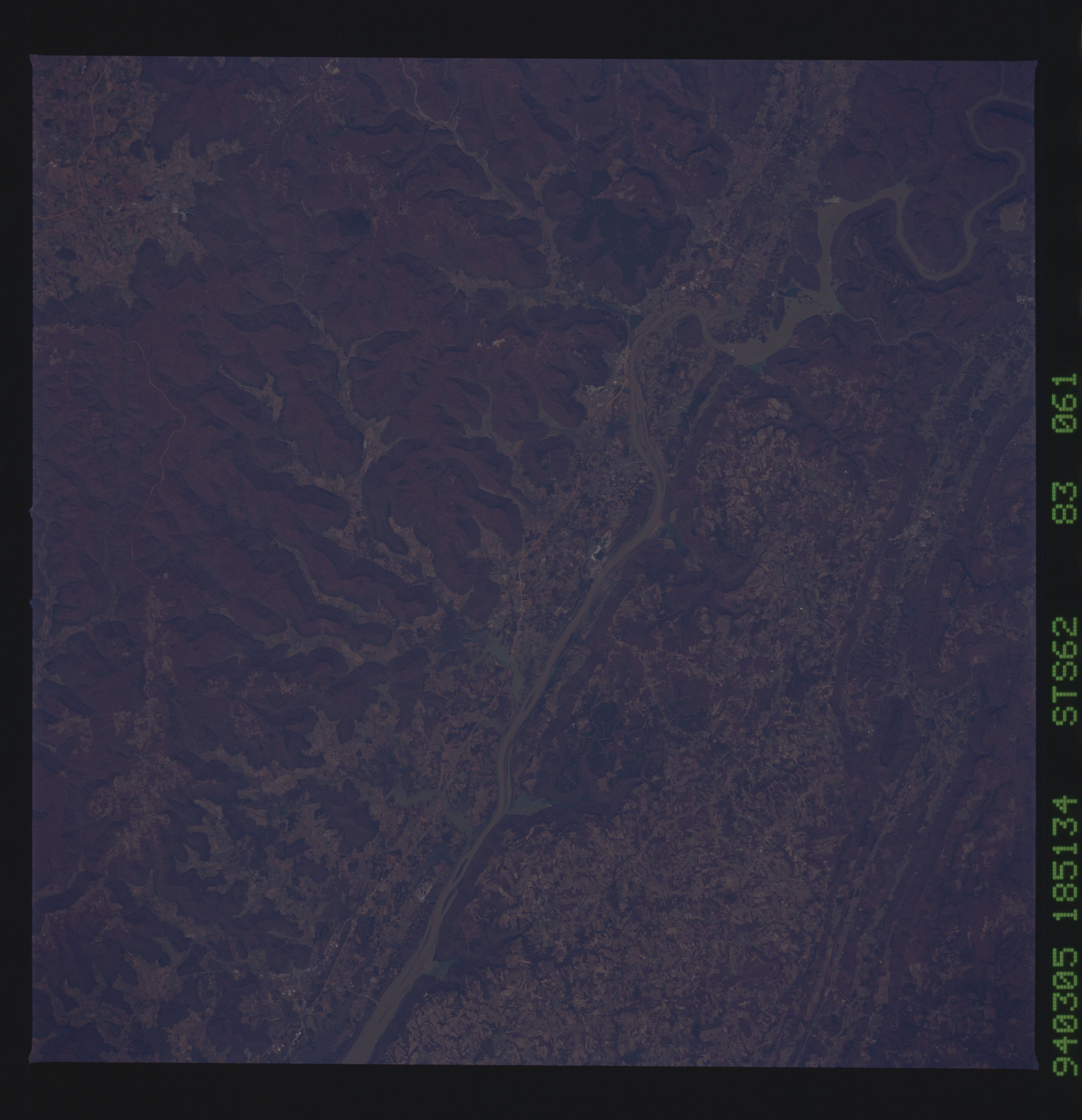 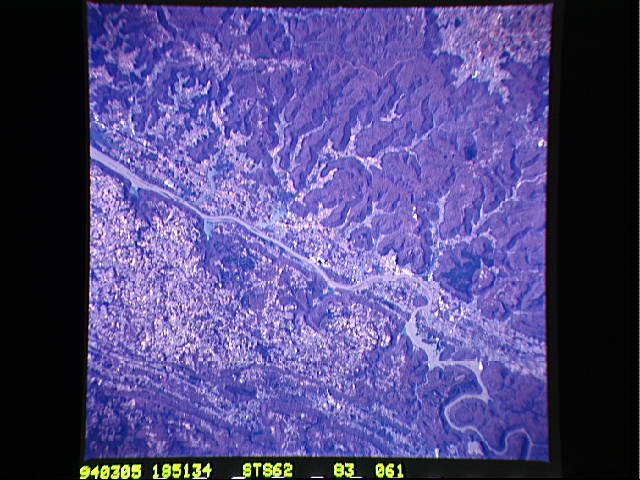 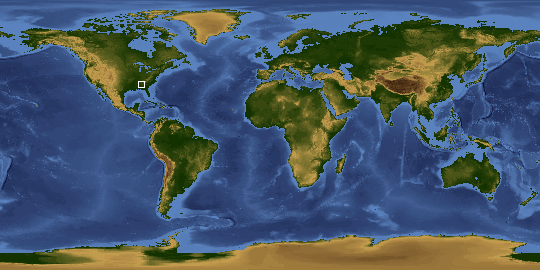 Other options available:
Download Packaged File
Download a Google Earth KML for this Image
View photo footprint information
Download a GeoTIFF for this photo
Image Caption: STS062-083-061 Tennessee River, Alabama, U.S.A. March 1994
The northeast-southwest-trending mountains of the Cumberland Plateau and the southern Appalachians determine the direction of the southwest-flowing Tennessee River in northeastern Alabama. Distinctive in appearance are the low mountains on the northwest side of the Tennessee River and the paralleling mountain ridges and valleys southeast of the river. Thin, linear U.S. Highway 72, the major land route between Huntsville, Alabama, and Chattanooga, Tennessee, roughly parallels the Tennessee River on the northwest side of the river.