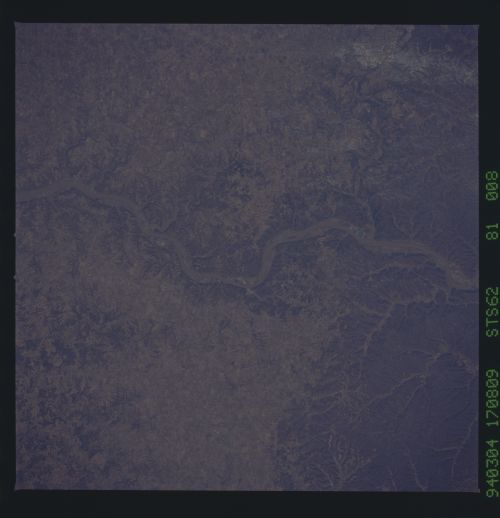 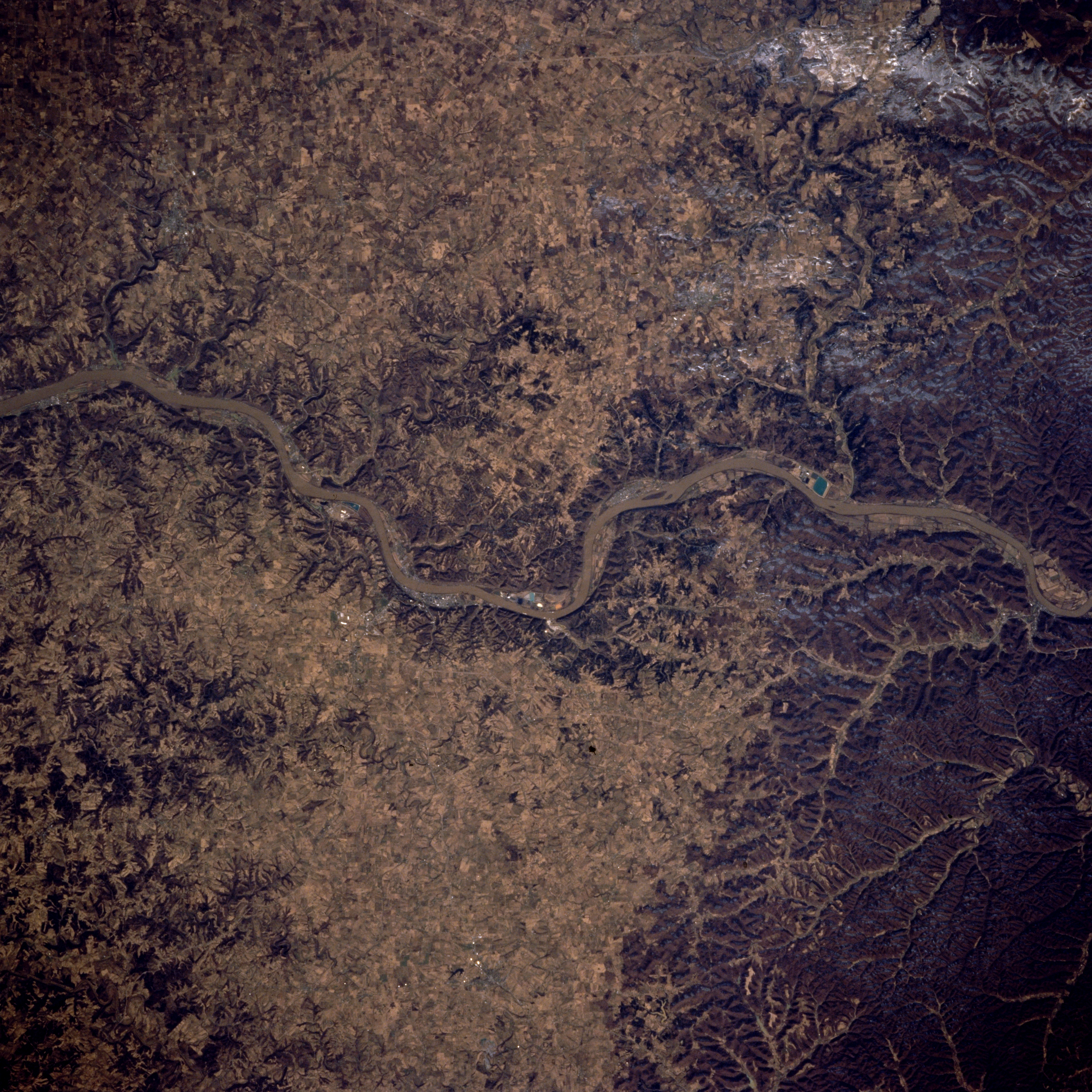 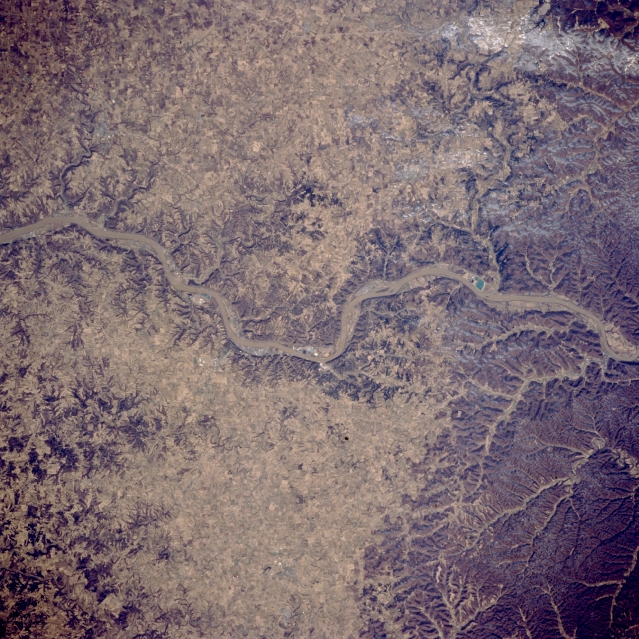 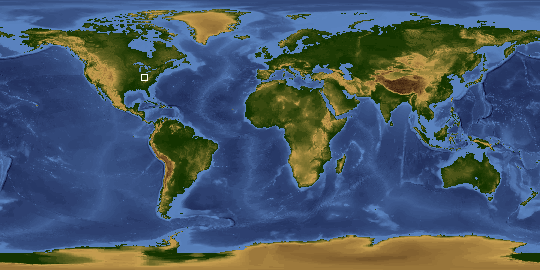 Other options available:
Download Packaged File
Download a Google Earth KML for this Image
View photo footprint information
Image Caption: STS062-081-008 Ohio River, Kentucky March 1994
This near-nadir view shows the Ohio River traversing the scene near Maysville, Kentucky. The Ohio River is 981 miles (1578 km) long. The river begins it flow generally westward at Pittsburgh, Pennsylvania at the confluence of the Allegheny and Monongahela Rivers. The Ohio River joins the Mississippi River at Cario, Illinois. The river's course follows a portion of the southern edge of the region covered by continental ice during the last Ice Age approximately 12000 to 14000 years ago. Glacial melt-water most likely cut the river's original channel. In this view with the state of Ohio north (upper half of the image) and the state of Kentucky south (lower half of the image), the river leaves the Appalachian Plateau (left quarter of the image) and crosses a rich agricultural region on its way to join the Mississippi River. The Ohio River is prone to Spring flooding, and extensive flood control and protection devices have been constructed along the Ohio River and its many tributaries. These devices also improve the river's navigability; a 9-foot (almost 3 meters) channel is maintained along the Ohio River's entire length.