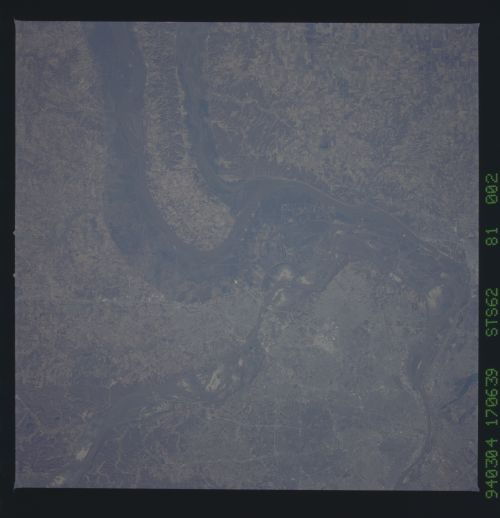 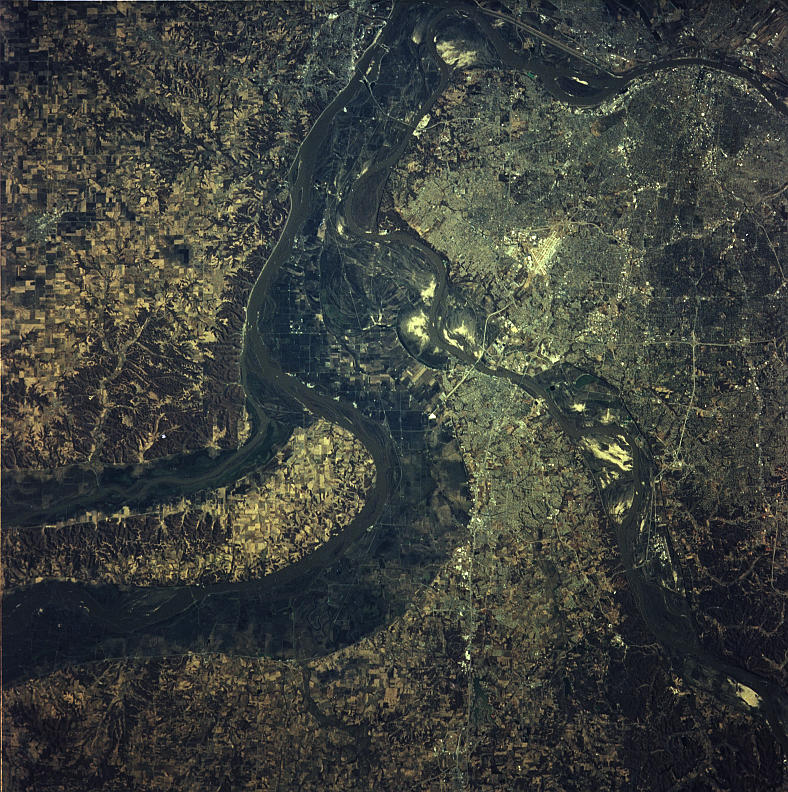 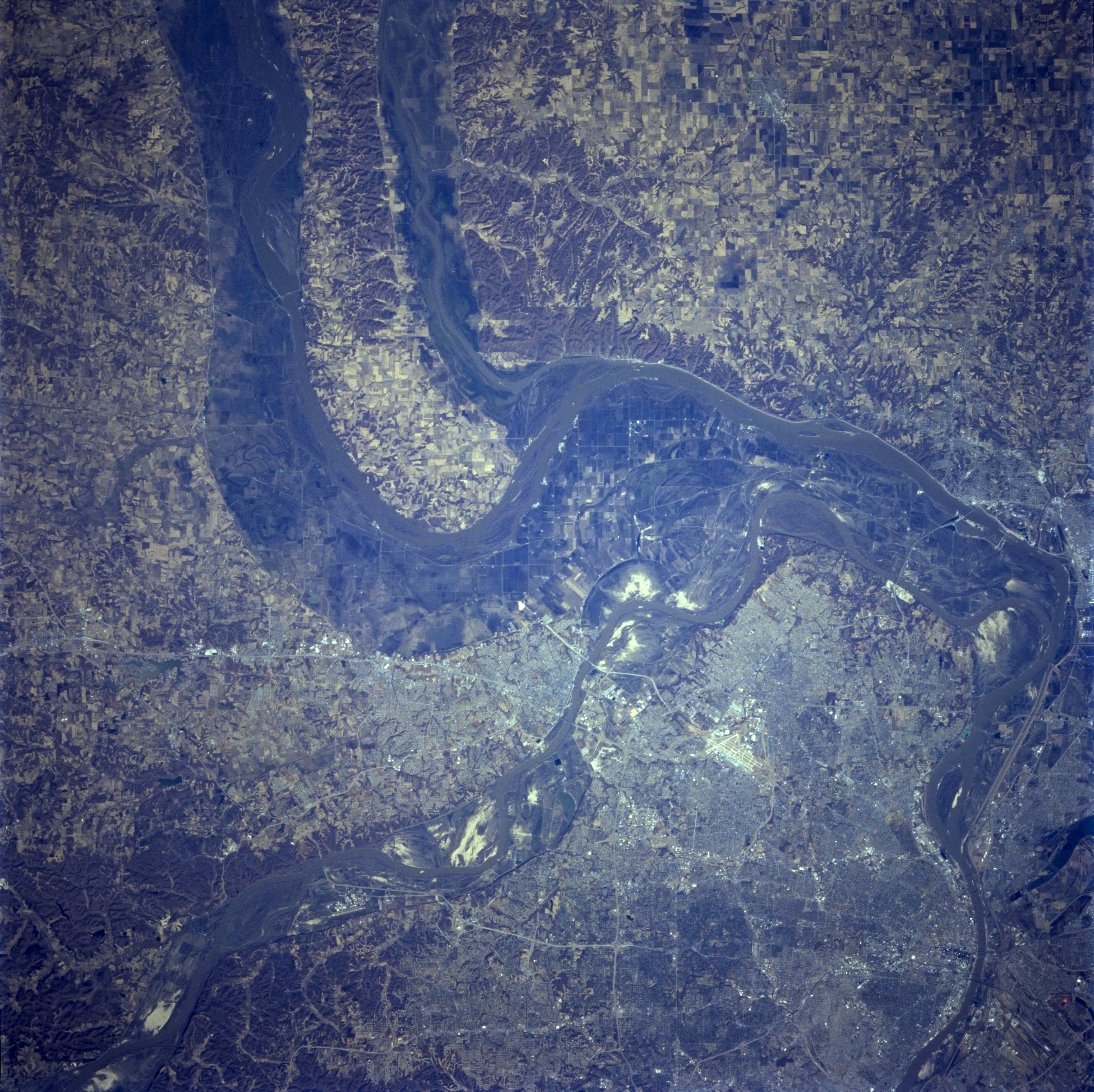 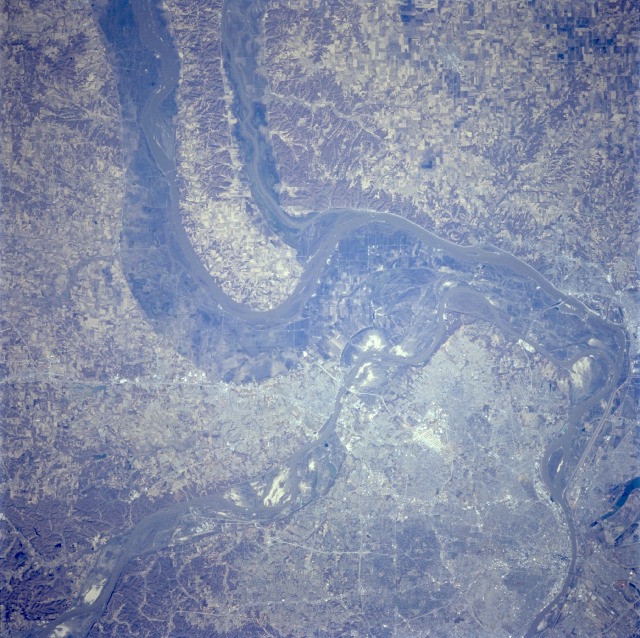 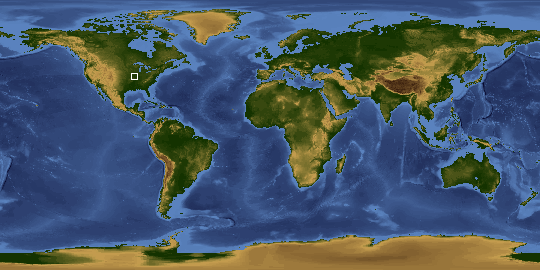 Other options available:
Download Packaged File
Download a Google Earth KML for this Image
View photo footprint information
Image Caption: STS062-081-002 Post 1993 Flood, St. Louis Area, Missouri U.S.A. March 1994
This view shows the floodplains and the confluence of the Missouri, Mississippi, and Illinois Rivers, just north of St. Louis. The Illinois River, from top center, joins the Mississippi River midway between the center and upper center of the image. The Missouri River, entering the view near the bottom left of the image, joins the Mississippi River north of St. Louis near the right center. This photo was taken in March, 1994, less than a year after the great floods of the spring and summer of 1993. The flooding that occurred in this region was one of the worst experienced during the 20th century. The flooding deposited silts and sands in the floodplains, seen here as the gray-tan colored regions around the rivers.