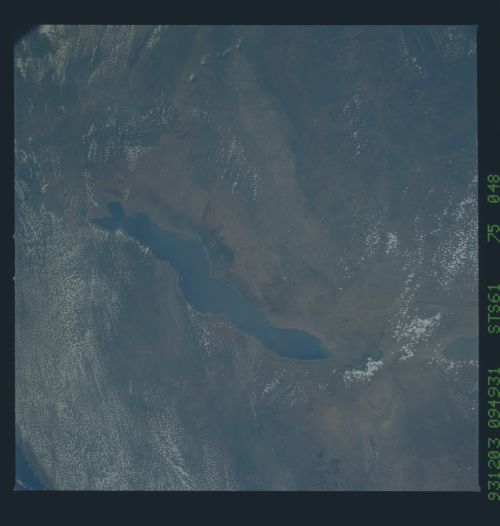 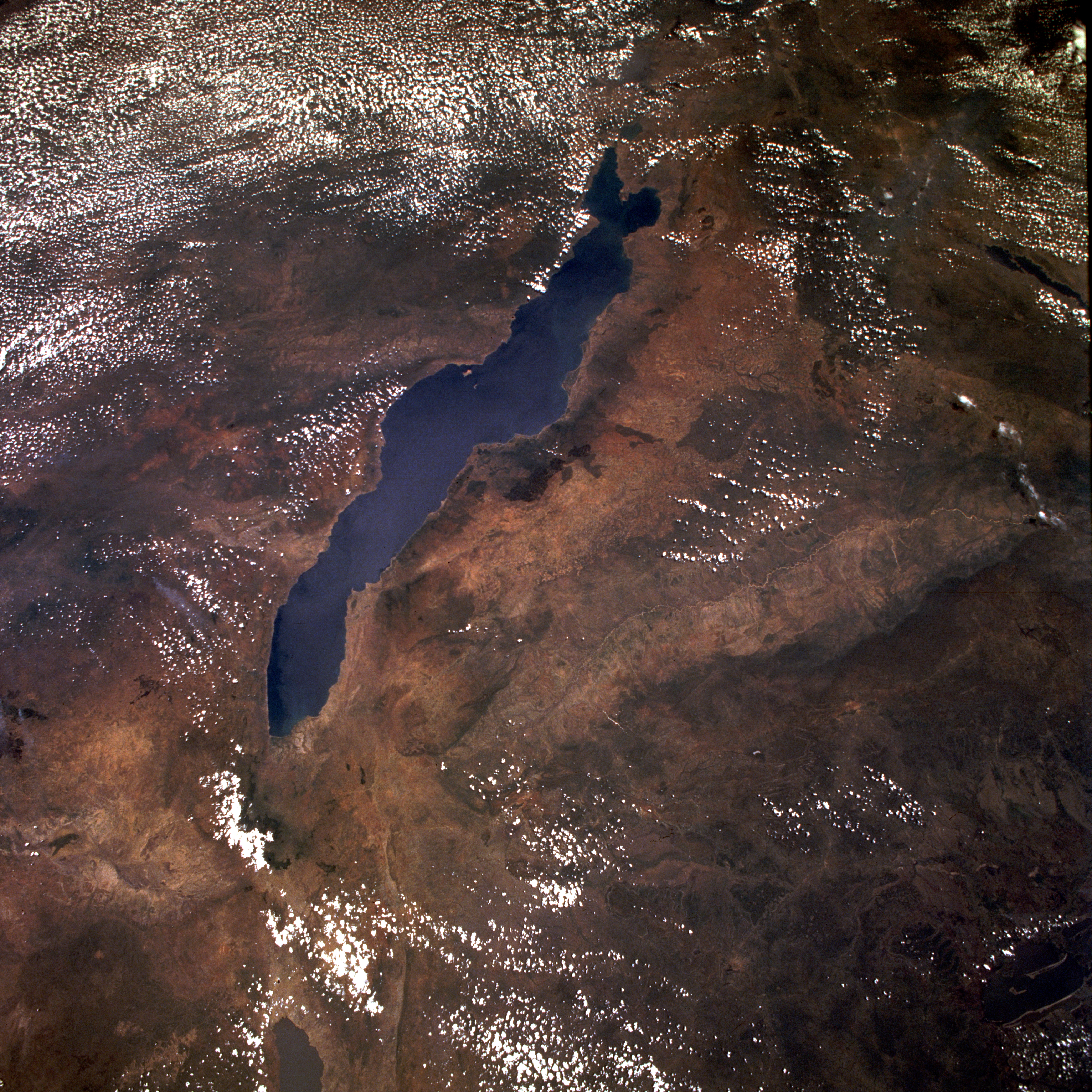 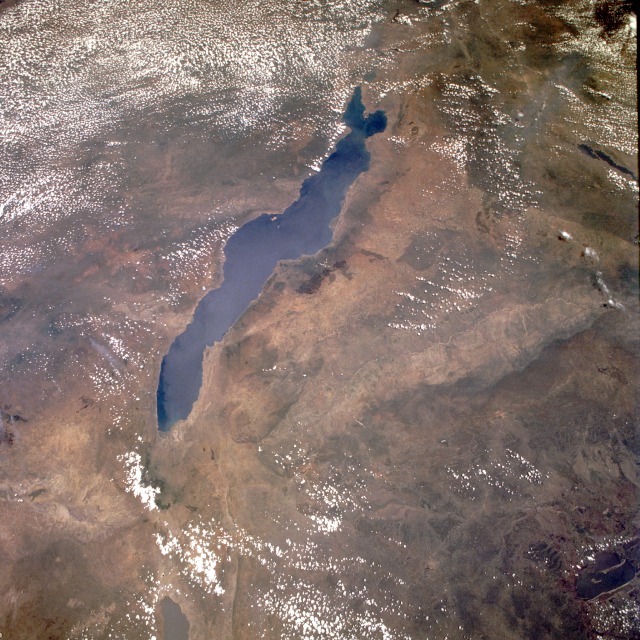 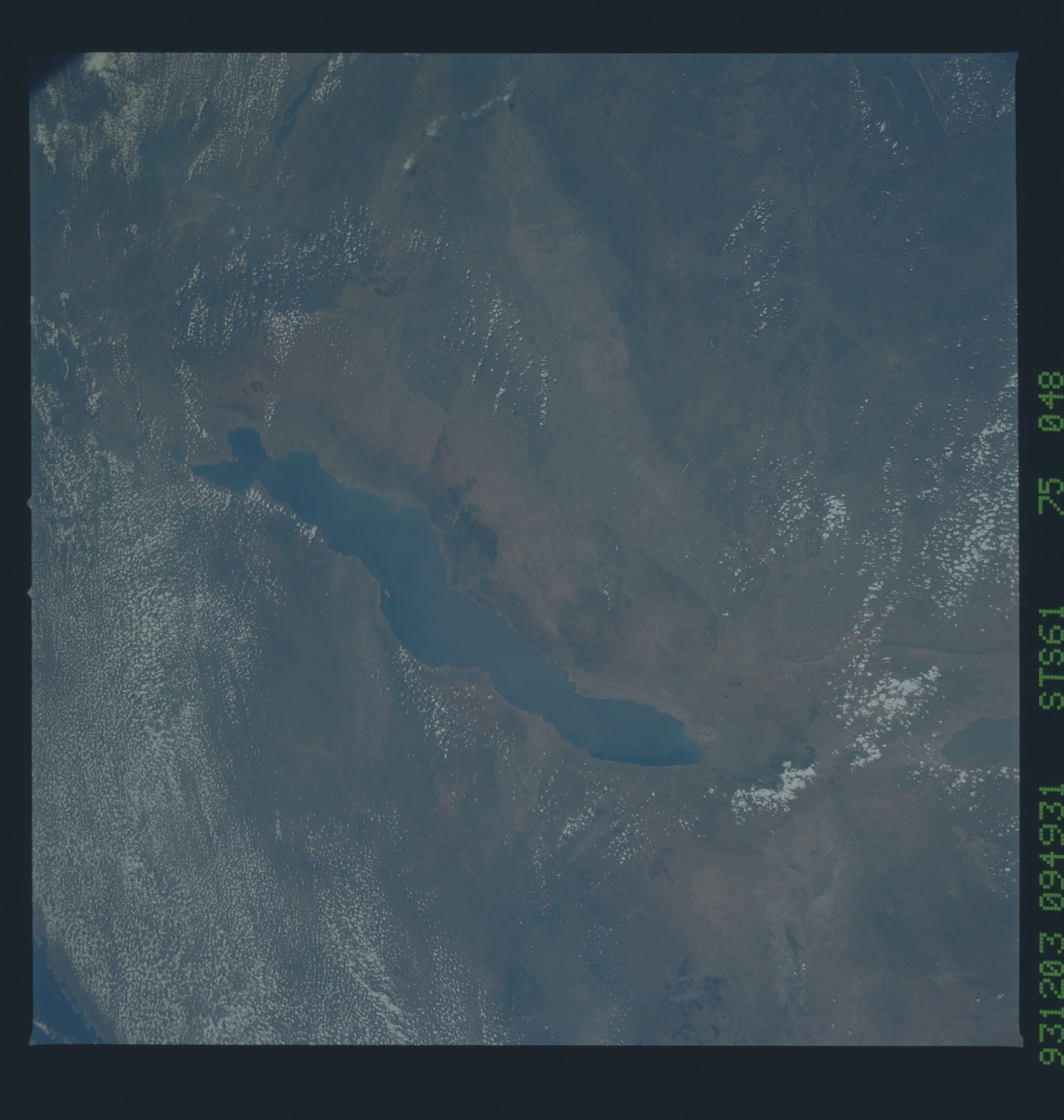 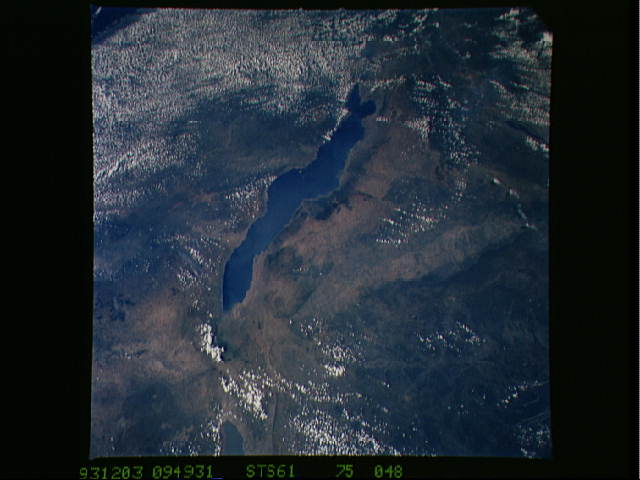 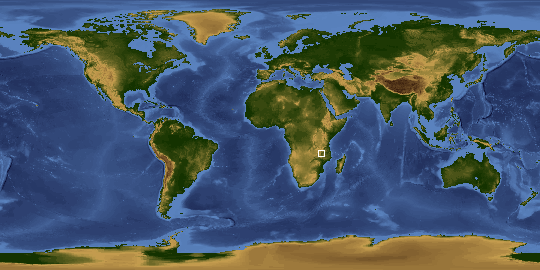 Other options available:
Download Packaged File
Download a Google Earth KML for this Image
View photo footprint information
Image Caption: STS061-075-048 Lake Malawi (Lake Nyasa), Malawi December 1993
This low-oblique, southeast-looking photograph shows Lake Malawi, one of many elongated lakes that form part of the Great Rift Valley of east Africa. The lake, bounded by steep mountains on all sides except the southern end, is approximately 360 miles (580 kilometers) long, averages 25 miles (40 kilometers) in width, and has a maximum depth of 2316 feet (706 meters). Lake Malawi is drained at the south end by the Shire River, which eventually empties into the Zambezi River. The lake and its steep-sloped shoreline were created by faulting that caused a thrust upward as the valley floor subsided between the slopes. The darker area along the northwest coast of the lake is the Nyika Plateau, which has several elevations more than 8000 feet (2440 meters) above sea level. Landlocked Malawi extends along the entire west coast of the lake. The large Luangwa River basin is visible as it drains to the southwest. Immediately west of the Luangwa River Valley stand the northeast-southwest-trending Muchinga Mountains with their dark ridgeline and maximum elevations reaching 6000 feet (1830 meters) above sea level. Northwest of this mountain range, drainage is to the north and west into the much larger Zaire (Congo) River watershed.