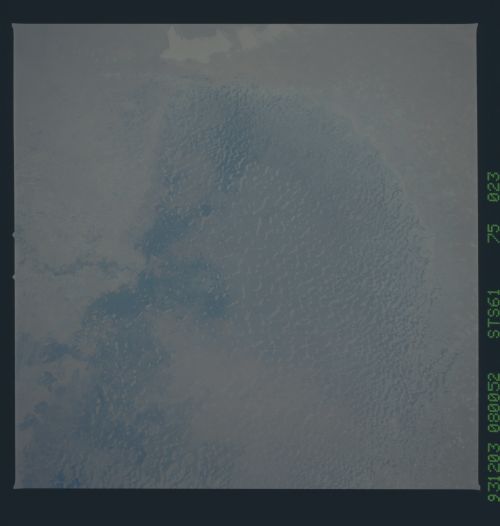 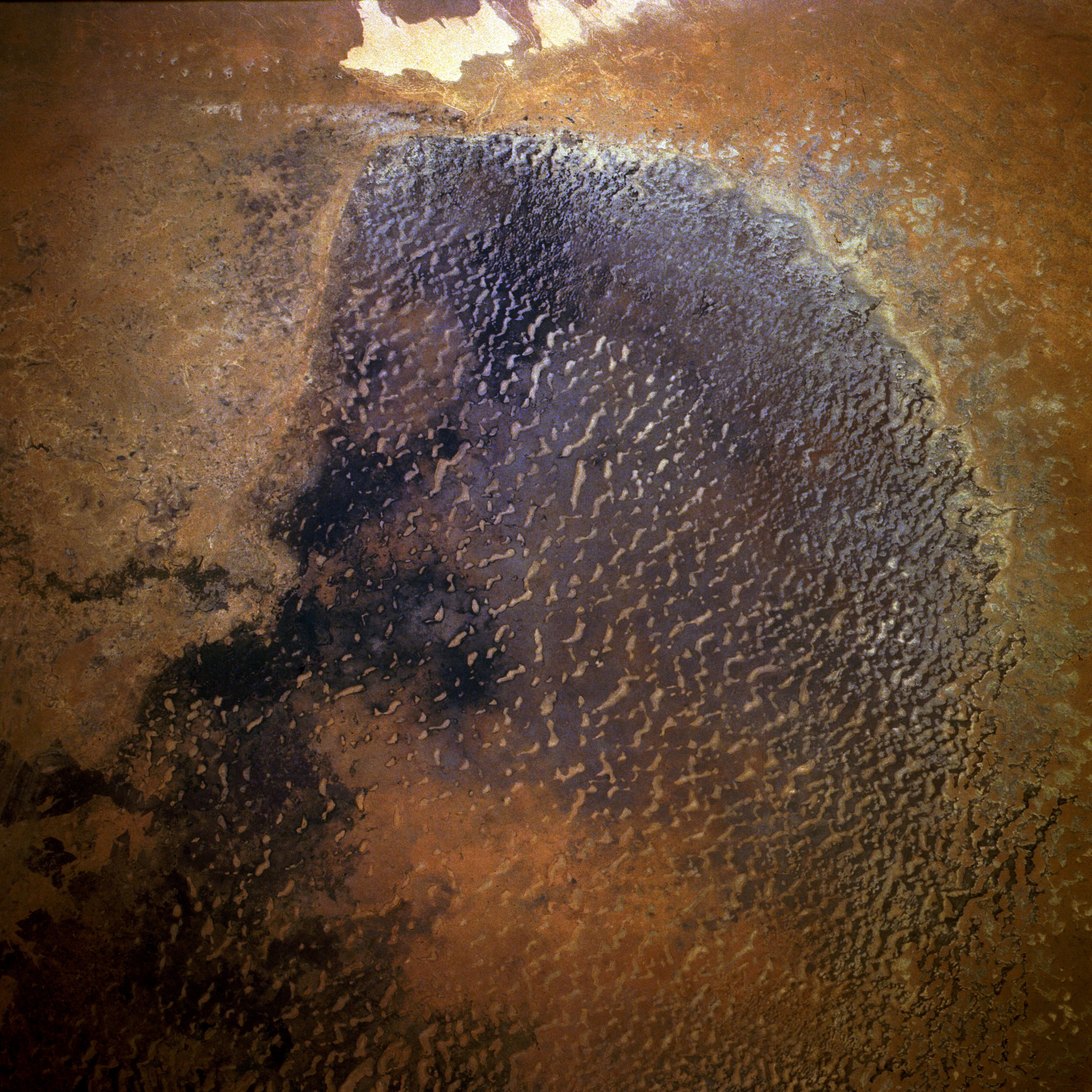 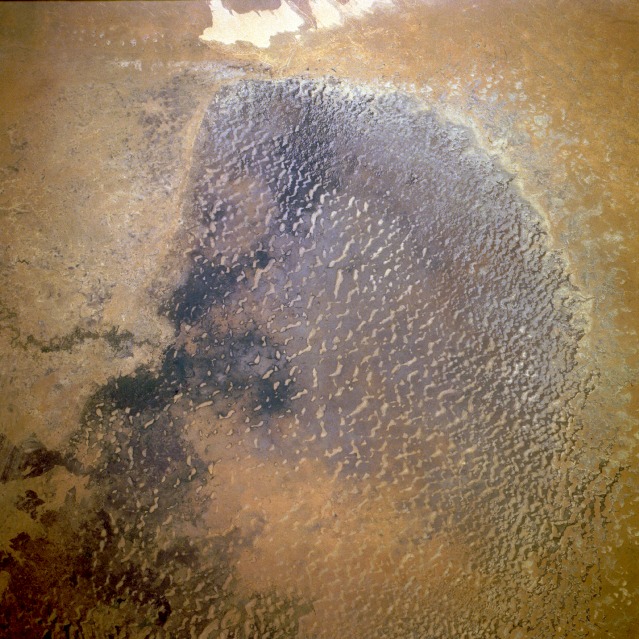 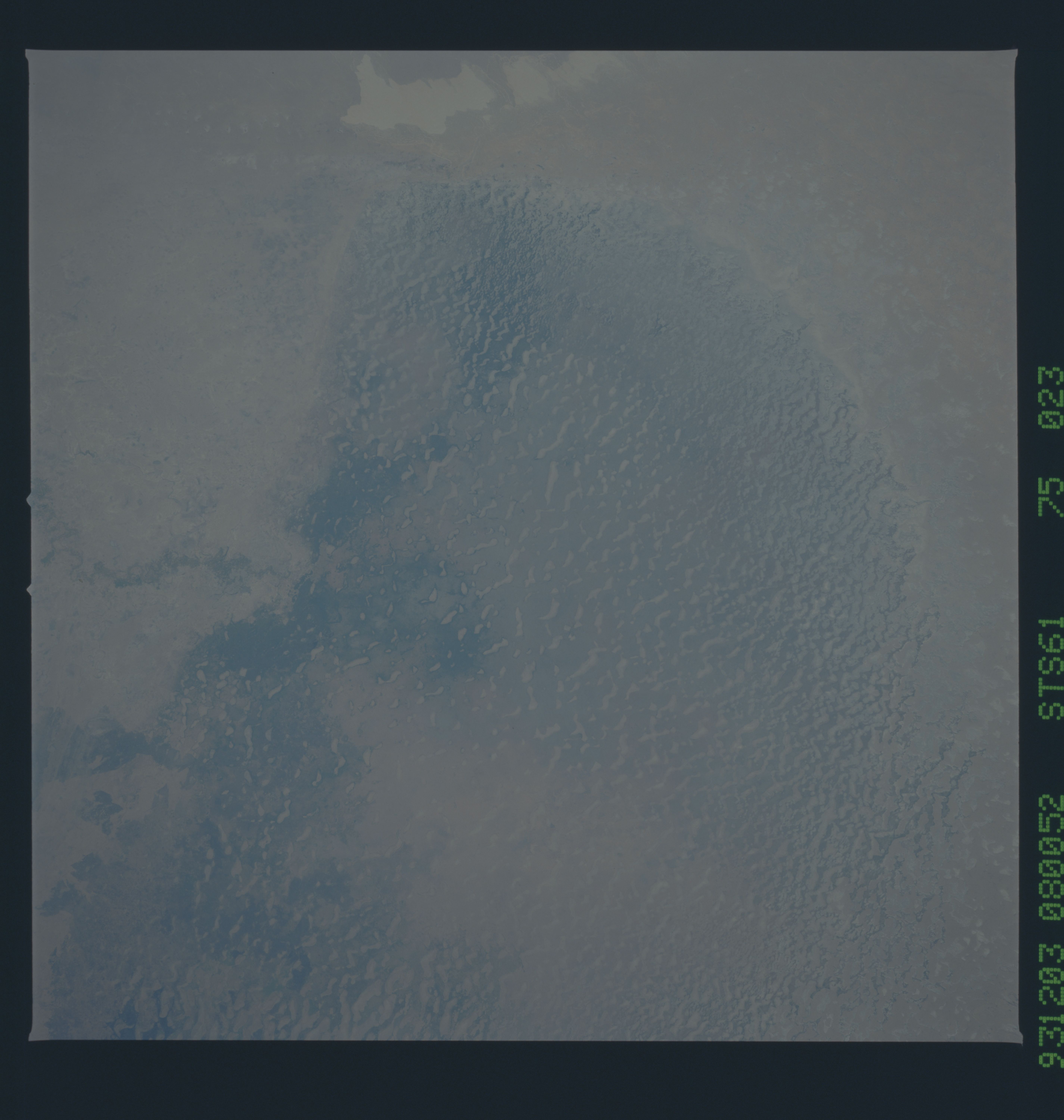 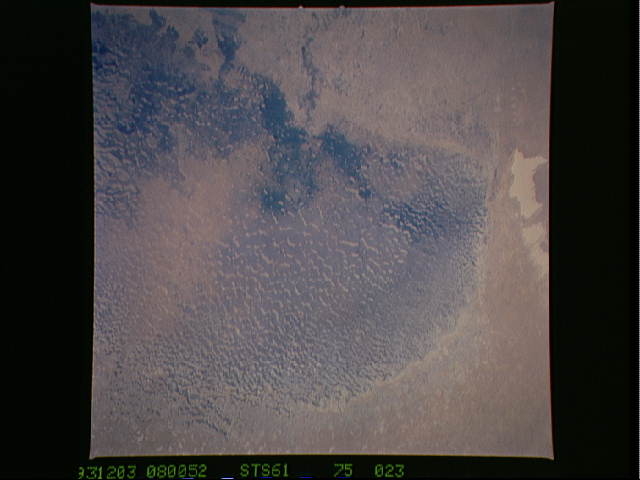 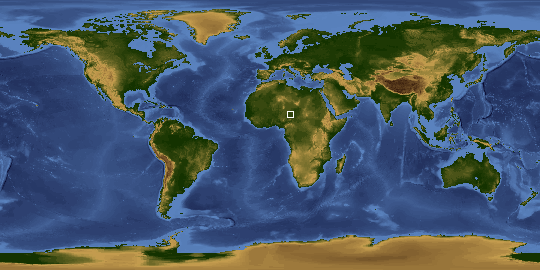 Other options available:
Download Packaged File
Download a Google Earth KML for this Image
View photo footprint information
Image Caption: STS061-075-023 Lake Chad (North Basin), Chad December 1993
The north basin of Lake Chad shows little evidence of vegetation. Agriculture occurs in a few fragmented areas, primarily in the lowland dunes. This photograph shows water conditions that have prevailed in the north basin during the decades of 1980s and 1990s. The last major documentation of substantial water in the north basin was obtained when Apollo astronauts collected photographs of this lake in the late 1960s. The light tan areas northwest of the basin are classified as salty, dry lakebeds. Most of the moisture that reaches the north basin is provided by intermittently flowing rivers that enter the lake from the west-southwest. (Refer to photograph STS-061-075-022 to see extensive vegetation and standing water in the south basin.)