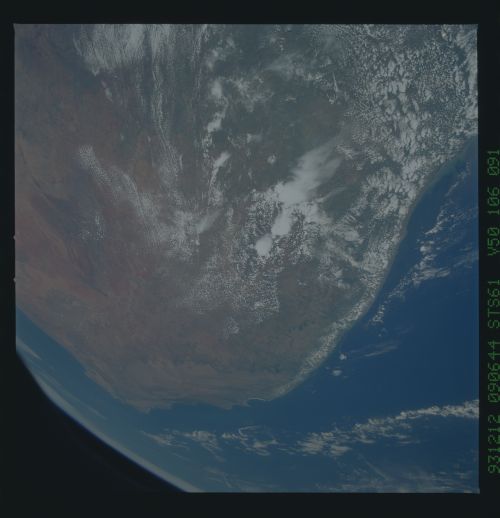 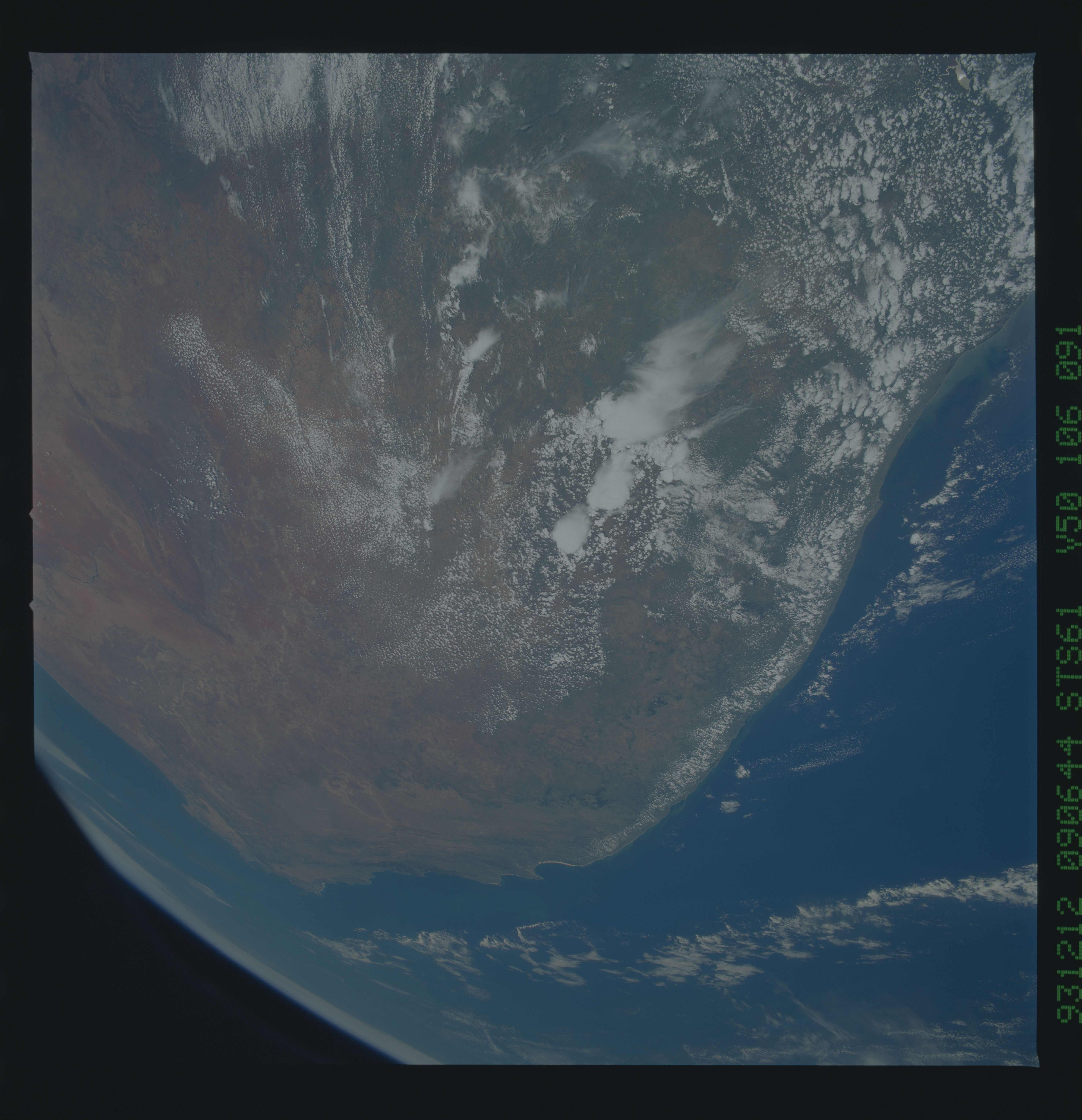 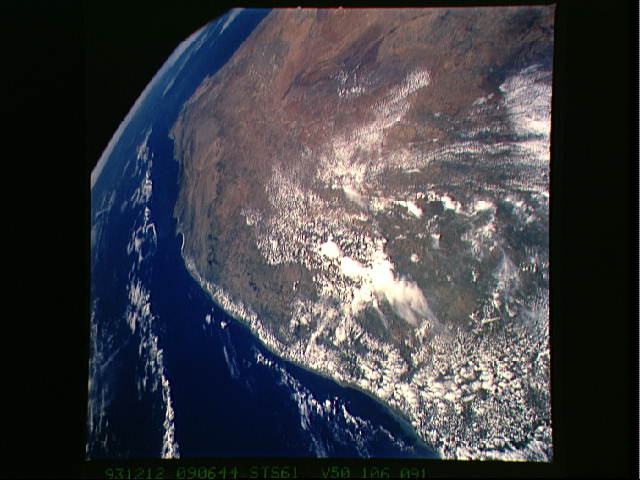 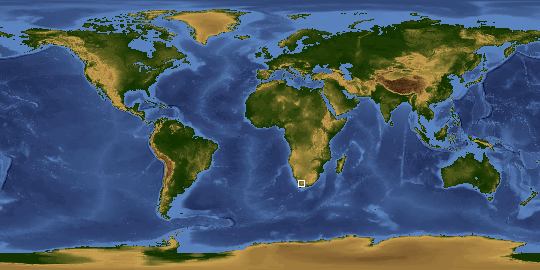 Other options available:
Download Packaged File
Download a Google Earth KML for this Image
View photo footprint information
Download a GeoTIFF for this photo
Image Caption: The entire southern top of Africa is shown in this high altitude 50mm photograph. The center of the photograph is at approximately 28.0 degrees south and 24.0 degrees east. Cape Columbine is at the upper right with Durban at the lower center. The Orange River is at the upper center of the frame. Cape Agulas is the southermost part of the African continent and is visible toward the upper right corner with the great bays of South Africa trending toward the bottom right. Continuing clockwise along the coast, Durban projects out into the Indian Ocean. The oceanic clouds on the right side of the photograph probably depict a current boundary. The Drakensberg Range on the east, the great Karoo Range on the south and the Karas Mountain on the west surround the drier central plateau. The southern Kalahari Desert is at the upper left of the photograph.