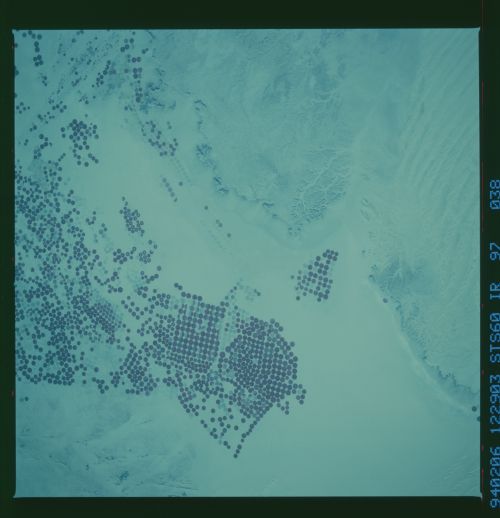 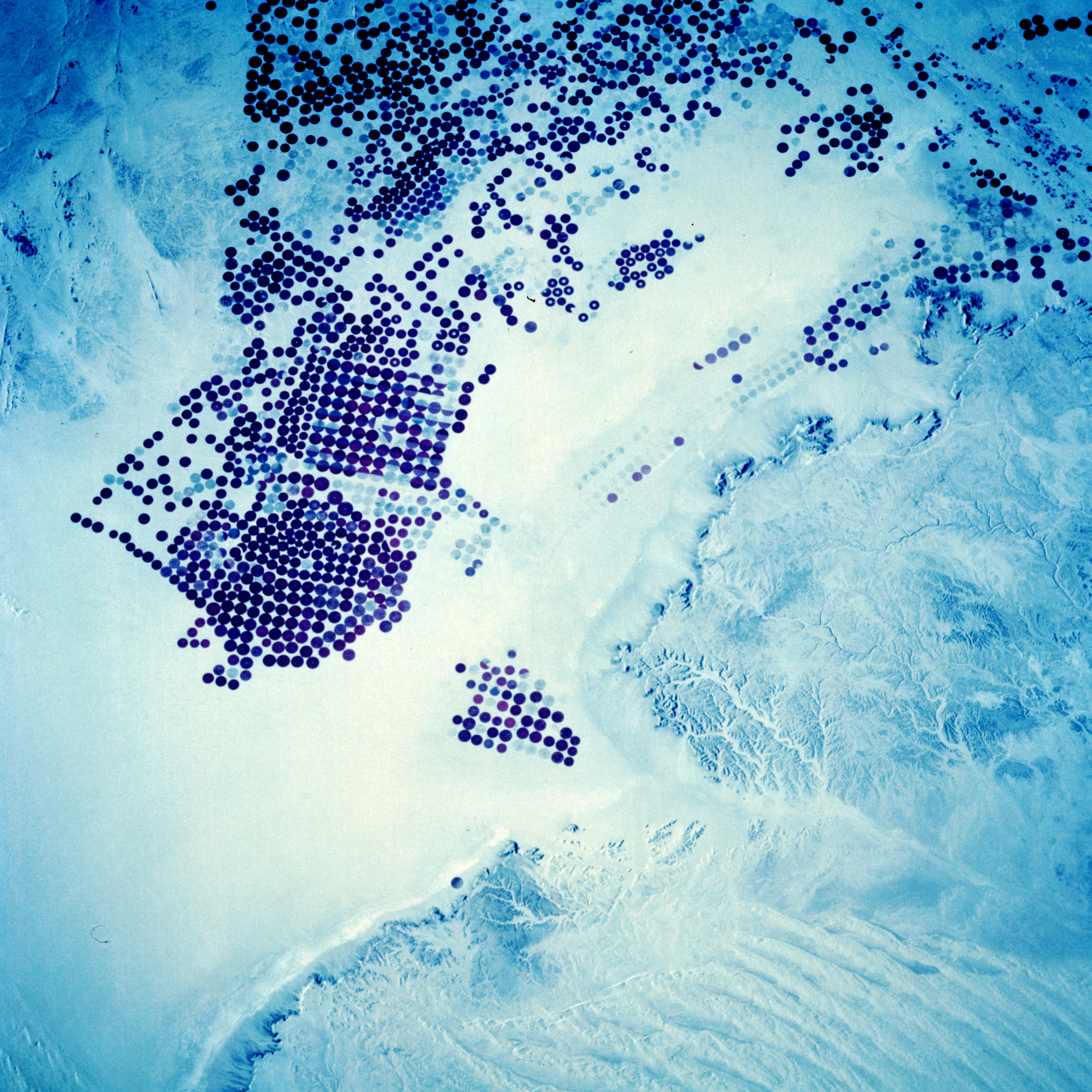 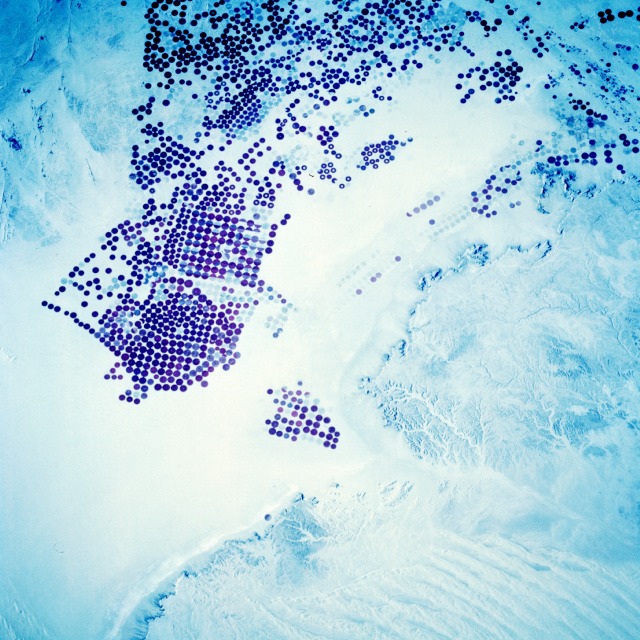 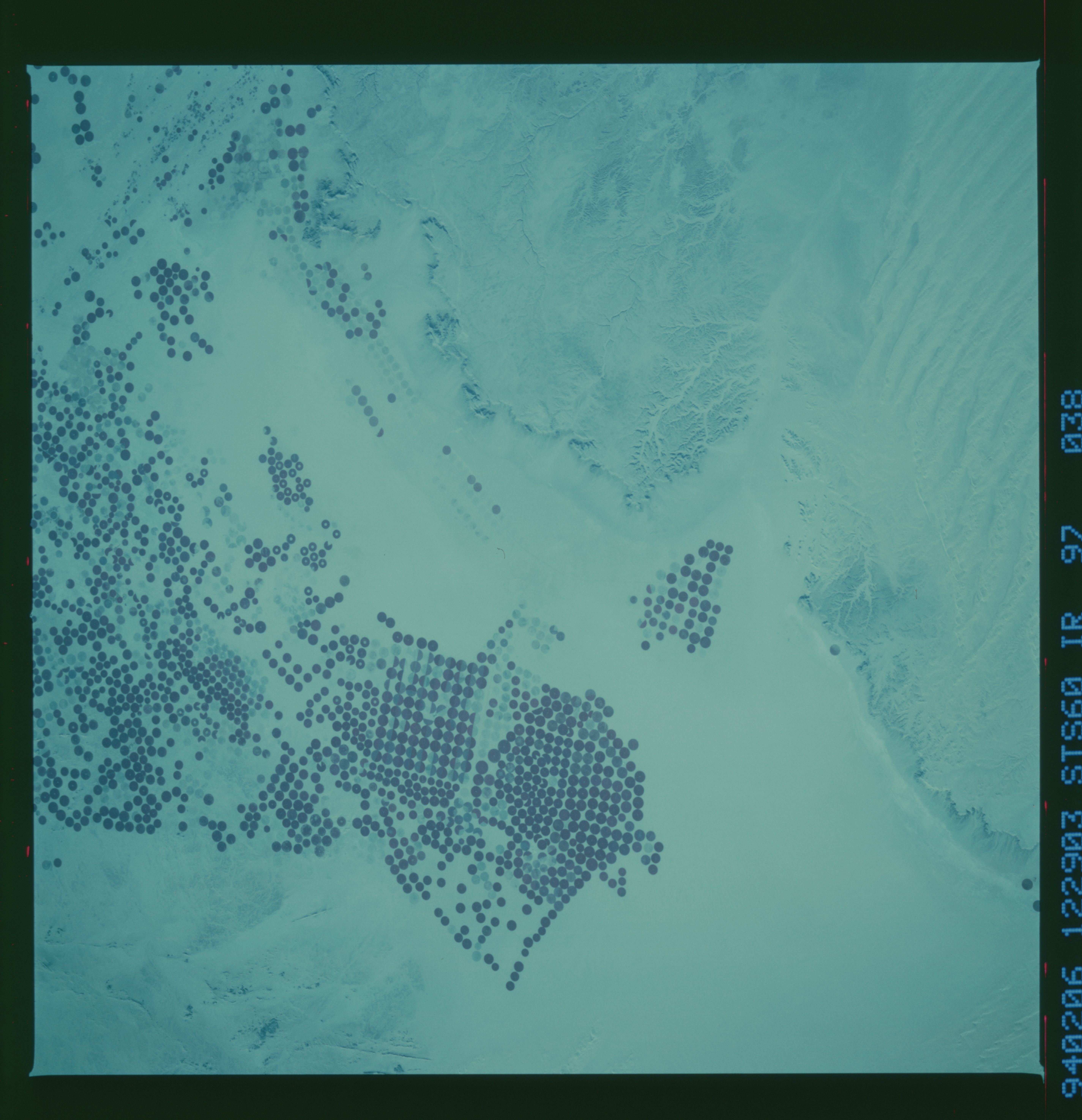 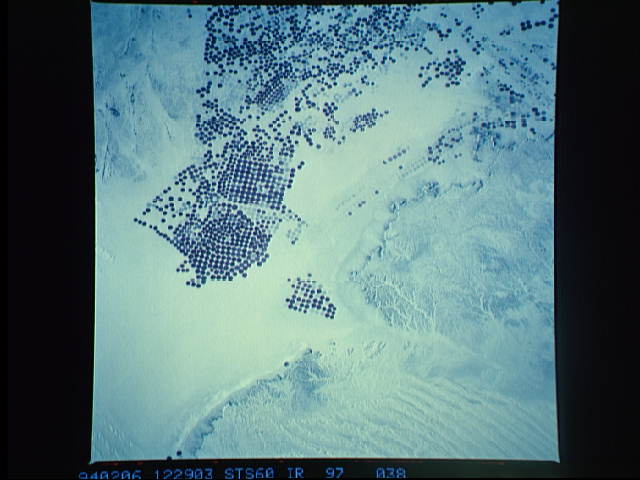 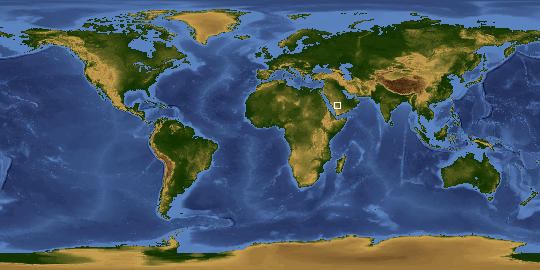 Other options available:
Download Packaged File
Download a Google Earth KML for this Image
View photo footprint information
Image Caption: STS060-097-038 Pivot Irrigation, Saudi Arabia February 1994
Modern drilling, pumping, and distribution systems have permitted many arid and semiarid regions of the world to become productive farmlands. This infrared photograph of the southwestern end of the Tuwayq Mountains shows one of four areas in Saudi Arabia where center-pivot irrigation has produced a dramatic circle of vegetation in an otherwise barren desert. Specific field sizes vary; however, many circular plots in this photograph measure approximately 0.6 mile (1 kilometer) in diameter. Water (known as fossil water) is extracted from subsurface aquifers of previous, wetter geological periods. Dark circles represent fields where crops are presently grown; faint circles outline field patterns where no crops are being grown. Some fields have been taken out of production to lie fallow, some have been harvested or planted with a new crop, and some have been taken out of production indefinitely. Although many desert regions of the world are now successfully farmed, a finite supply of fossil water exists, and eventually the supply of water will be exhausted.