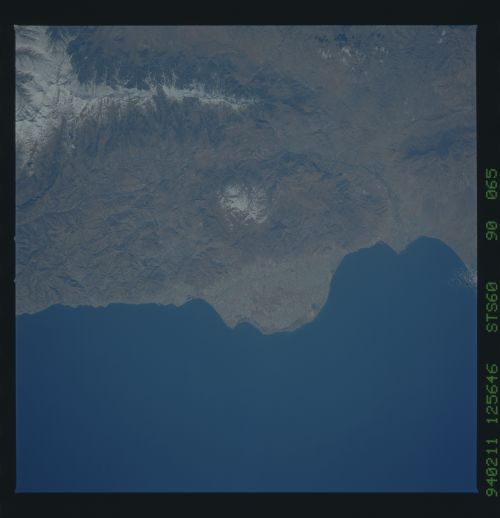 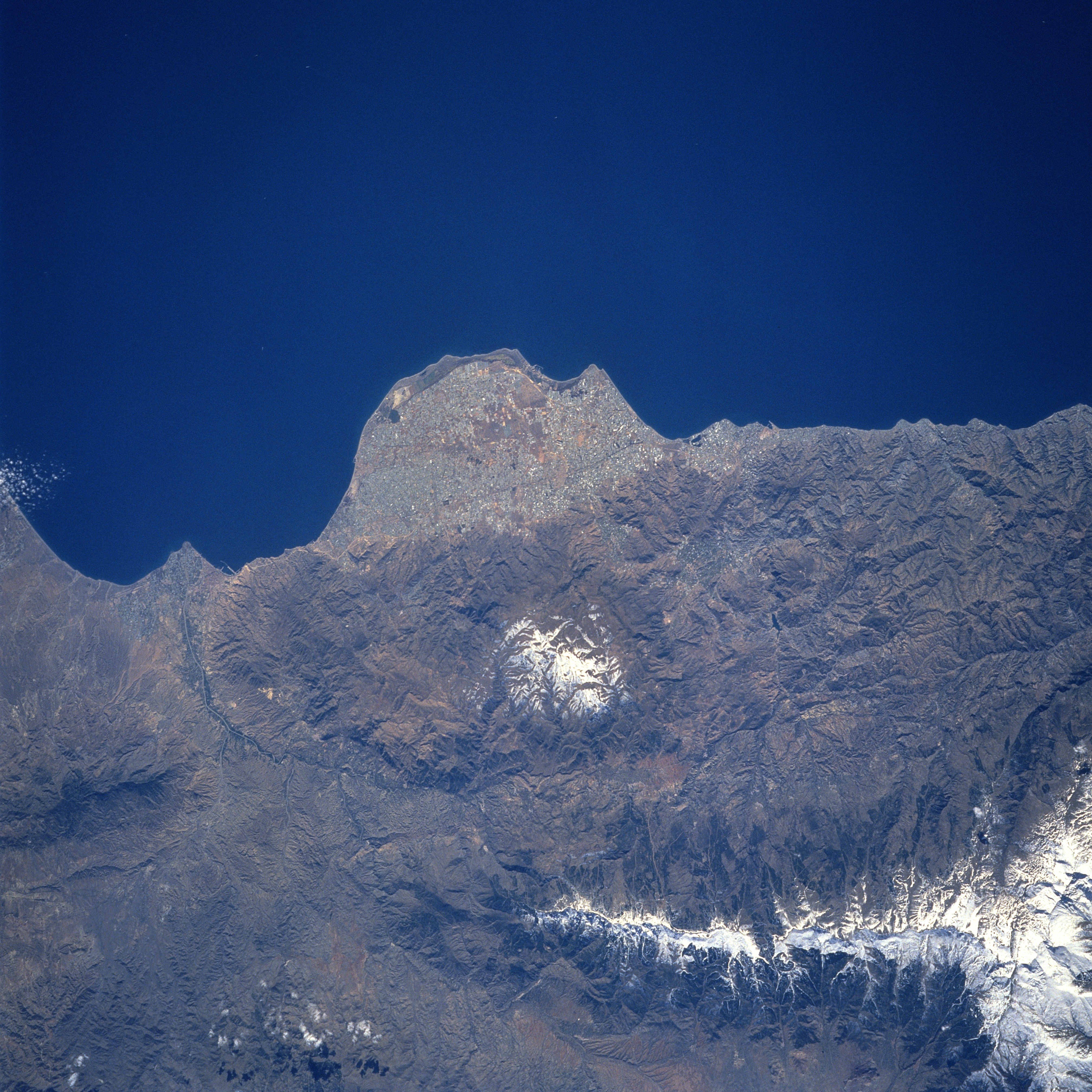 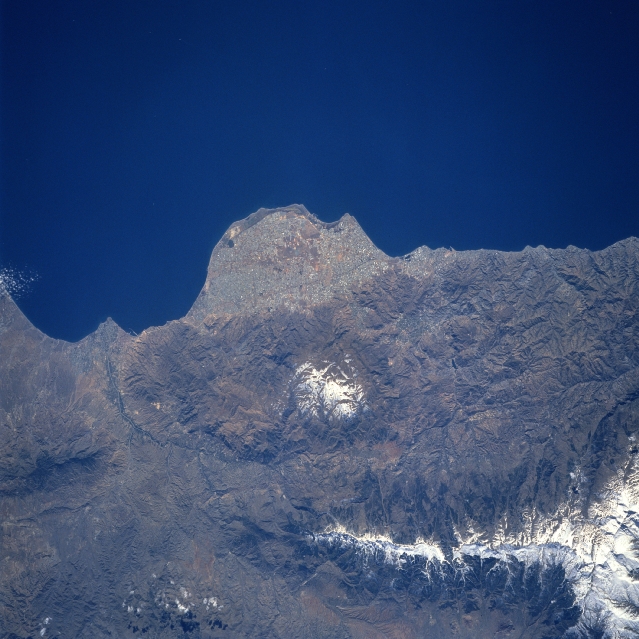 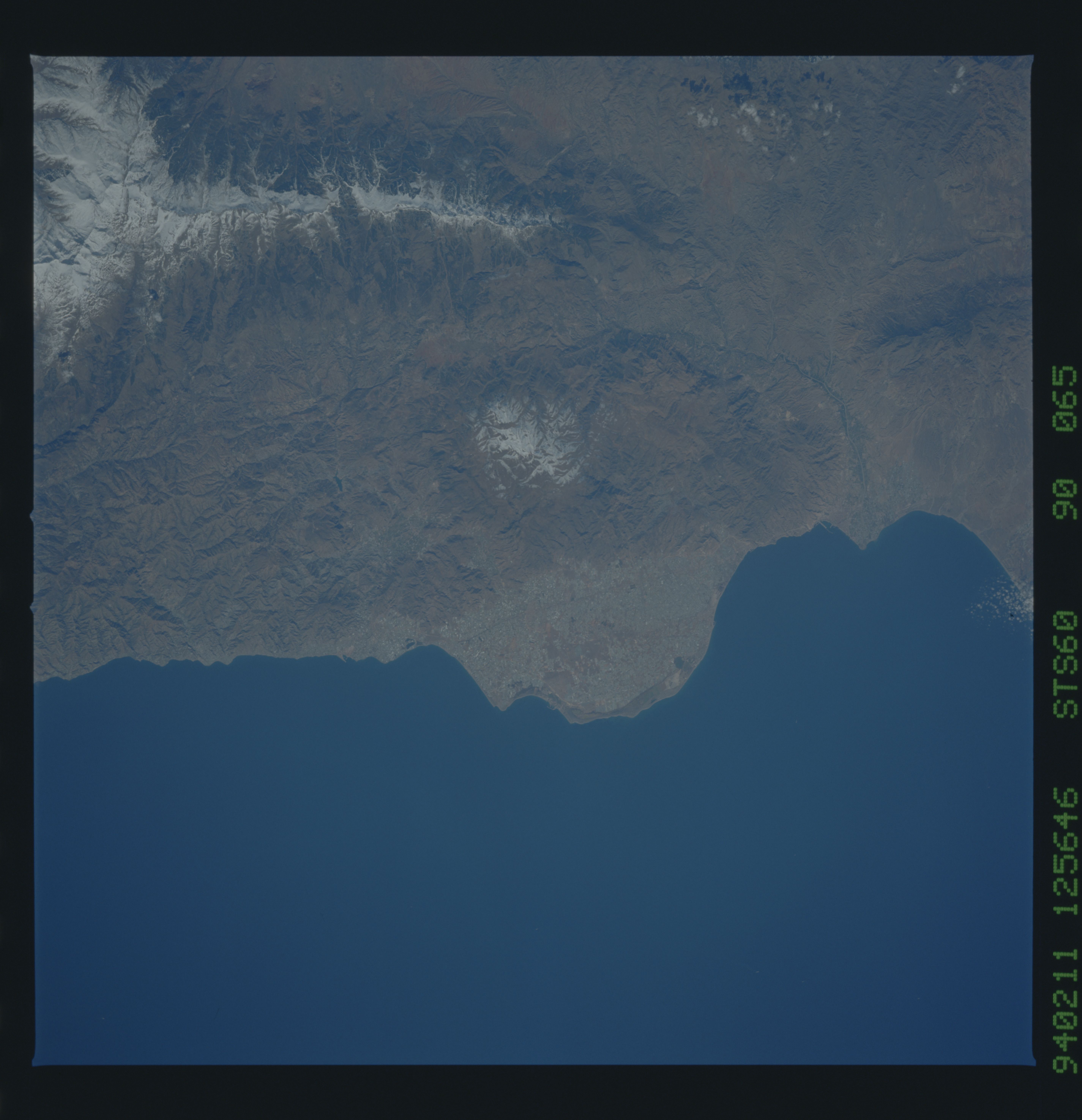 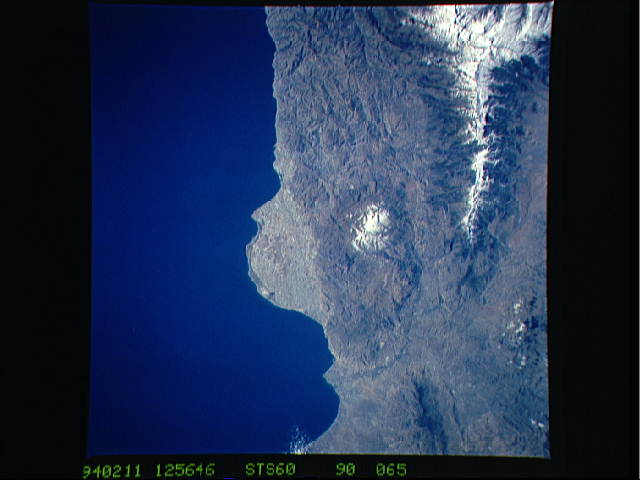 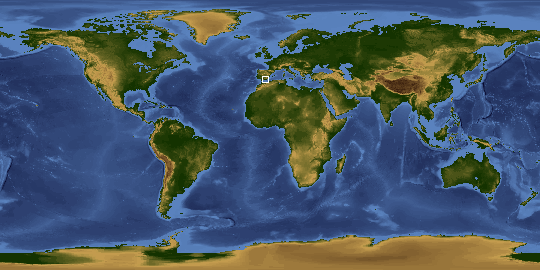 Other options available:
Download Packaged File
Download a Google Earth KML for this Image
View photo footprint information
Image Caption: STS060-090-065 Almeria Peninsula, Spain February, 1994
The Plains of Almeria (center of image) is a unique looking landform along the southeast coast of Spain. In spite of a desert-like climate, recent economic development along this flat surfaced, rounded peninsula that protrudes into the Mediterranean Sea has stimulated a growing tourist industry along this coast. The port city of Almeria (estimated population over 160000) is located between the eastern edge of the Plains of Almeria and the Almeria River delta (left of center). The two white areas on the image are two mountain ranges: the Sierra de Gador (smaller range near the center of the image) and the more massive and higher Sierra Nevada range. Several tributary streams (ephemeral) of the Almeria River are discernible in the lower left quadrant of the image.