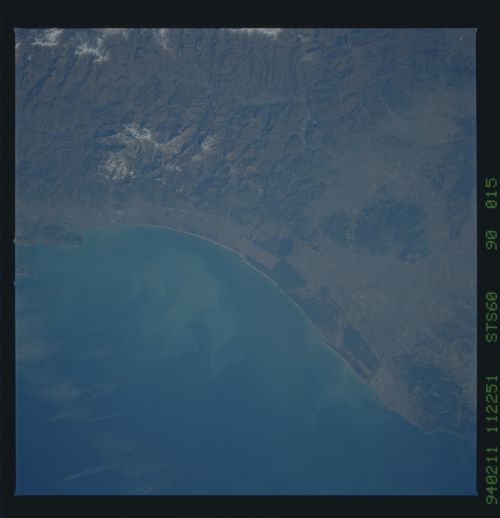 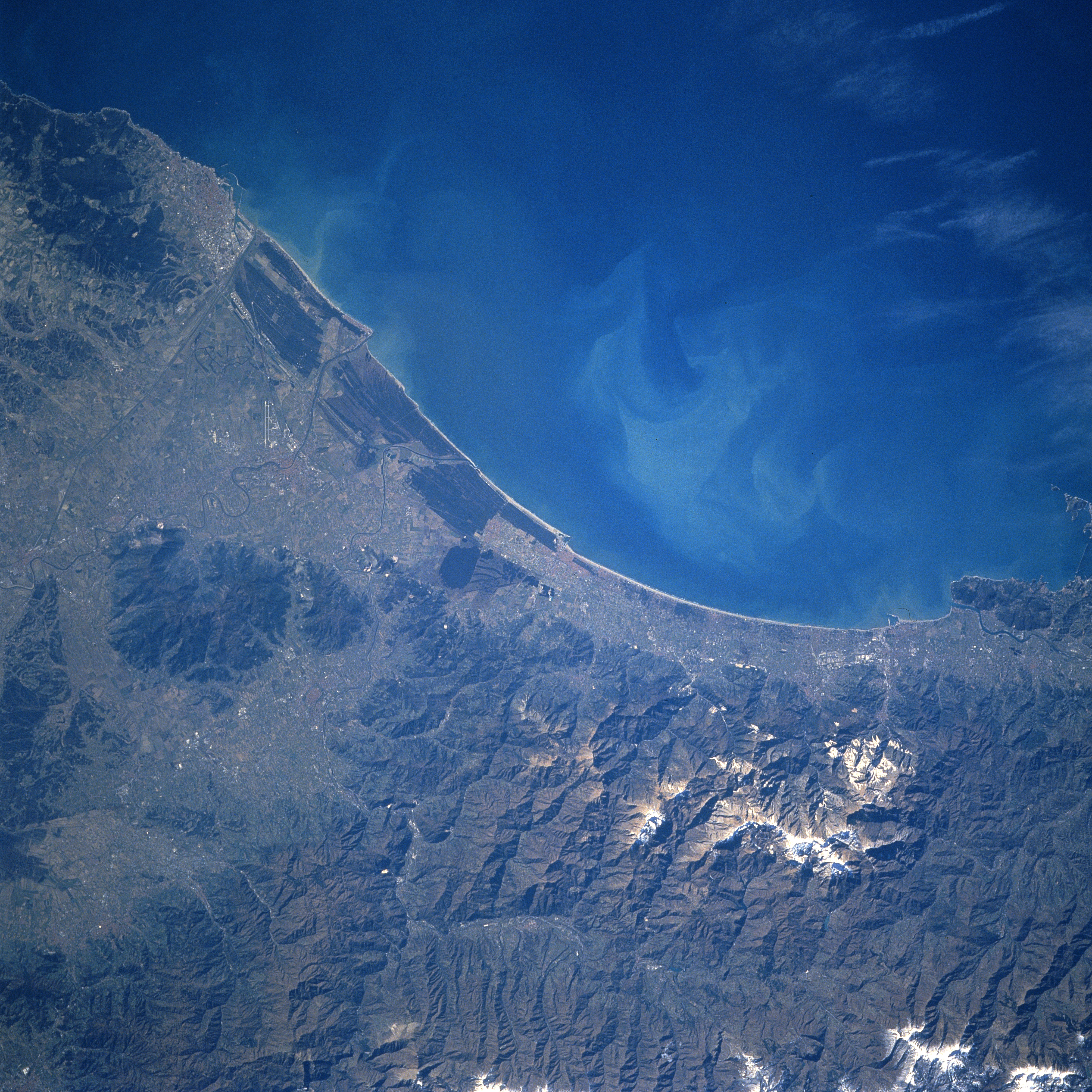 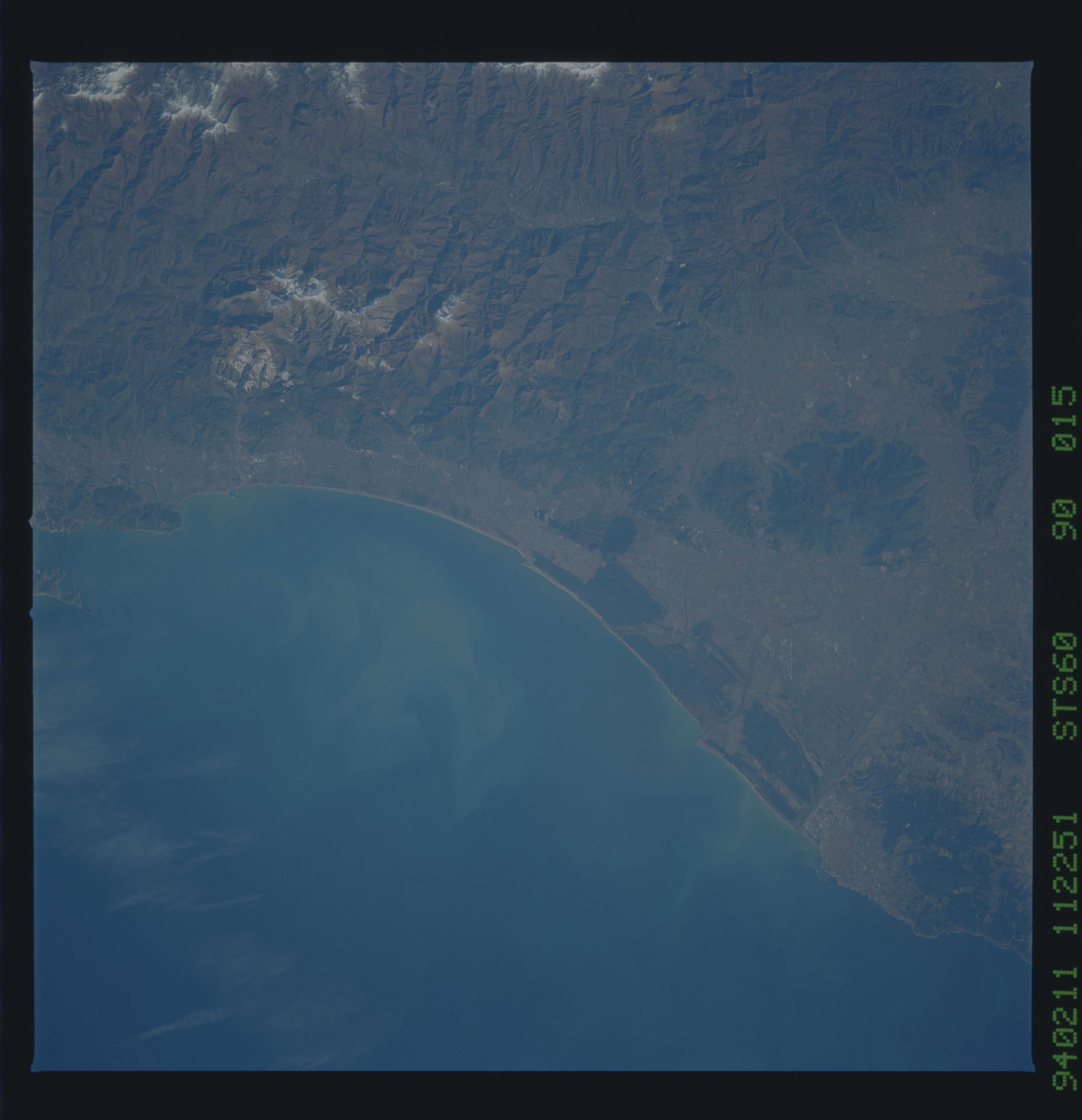 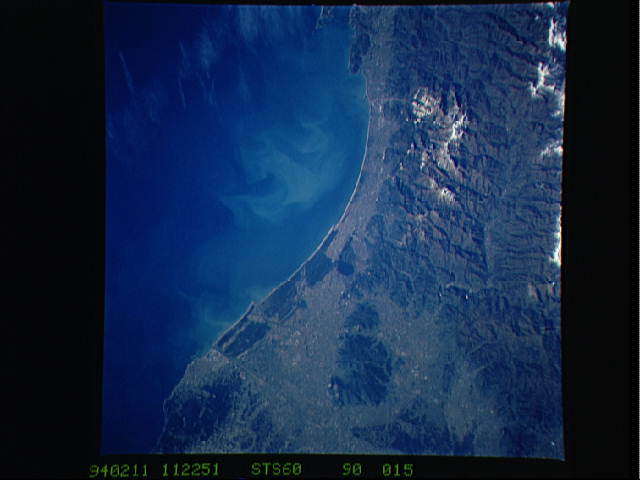 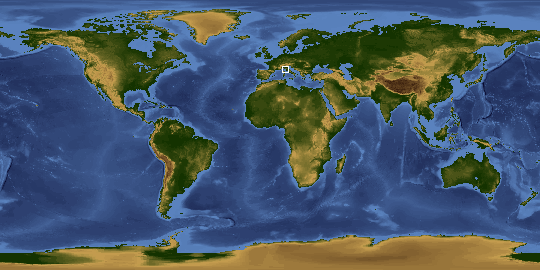 Other options available:
Download Packaged File
Download a Google Earth KML for this Image
View photo footprint information
Image Caption: STS060-090-015 Pisa Area, Italy February, 1994
The central west coast of Italy, roughly between La Spezia and Livorno, is captured in this southwest-looking view. This stretch of Italian coastline that borders the Ligurian Sea is sometimes referred too as the Tuscan Riviera because of its numerous beach resorts that rim the coastline. The Alpi Apuane range of picturesque mountains (some snow on the higher elevations in this image) serves as a scenic backdrop for the narrow coastal corridor. Paralleling this range of mountains to the east (bottom edge of image), a small section of the snow-capped Apennine Mountains is also visible. The Arno River Valley provides a strikingly different looking landscape south of the mountains. The extensive plains of the Arno River, is densely populated and intensely productive in terms of generating assorted agricultural products. The world famous city of Pisa is located near the coast on the Arno River. A runway (short, linear, light colored feature) of Pisa International Airport can be identified south of the city. The darker terrain seen along the immediate coast is vegetated wetlands. A small lake (roughly oval-shaped, dark feature) can be discerned near the center of the image. Light-colored plumes are visible in the near shore coastal waters.