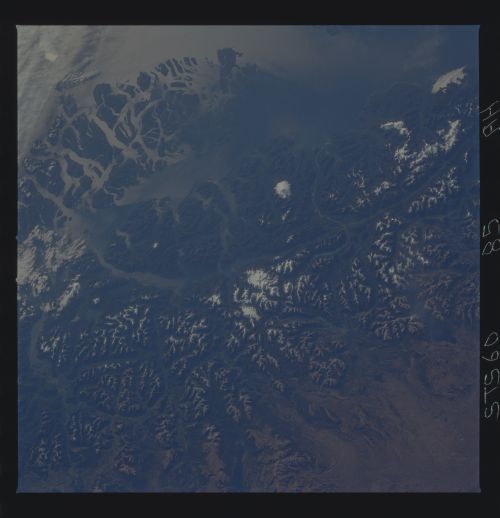 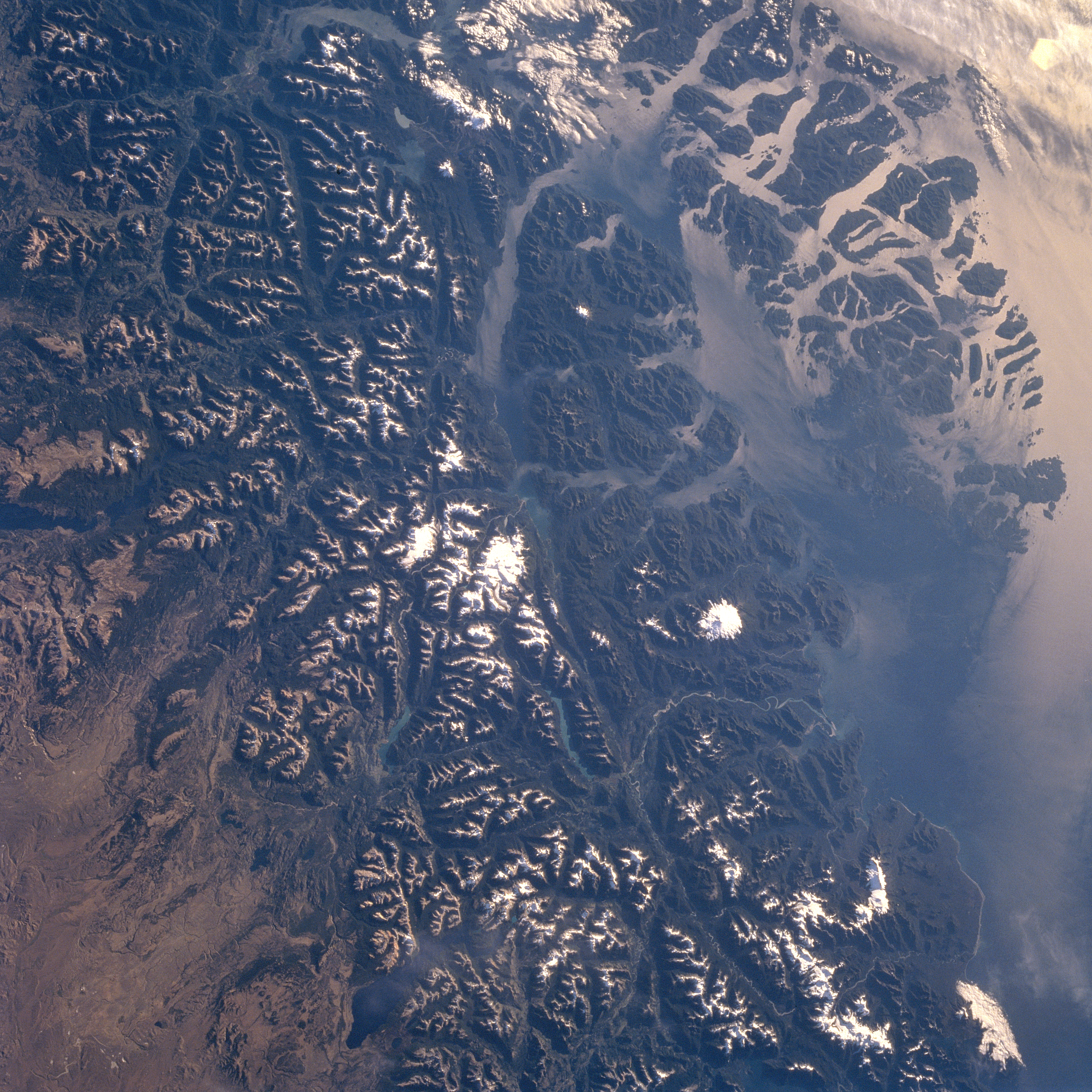 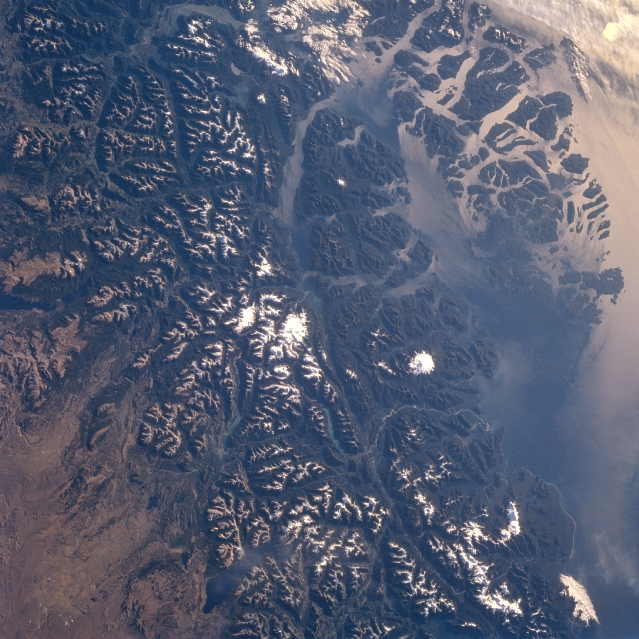 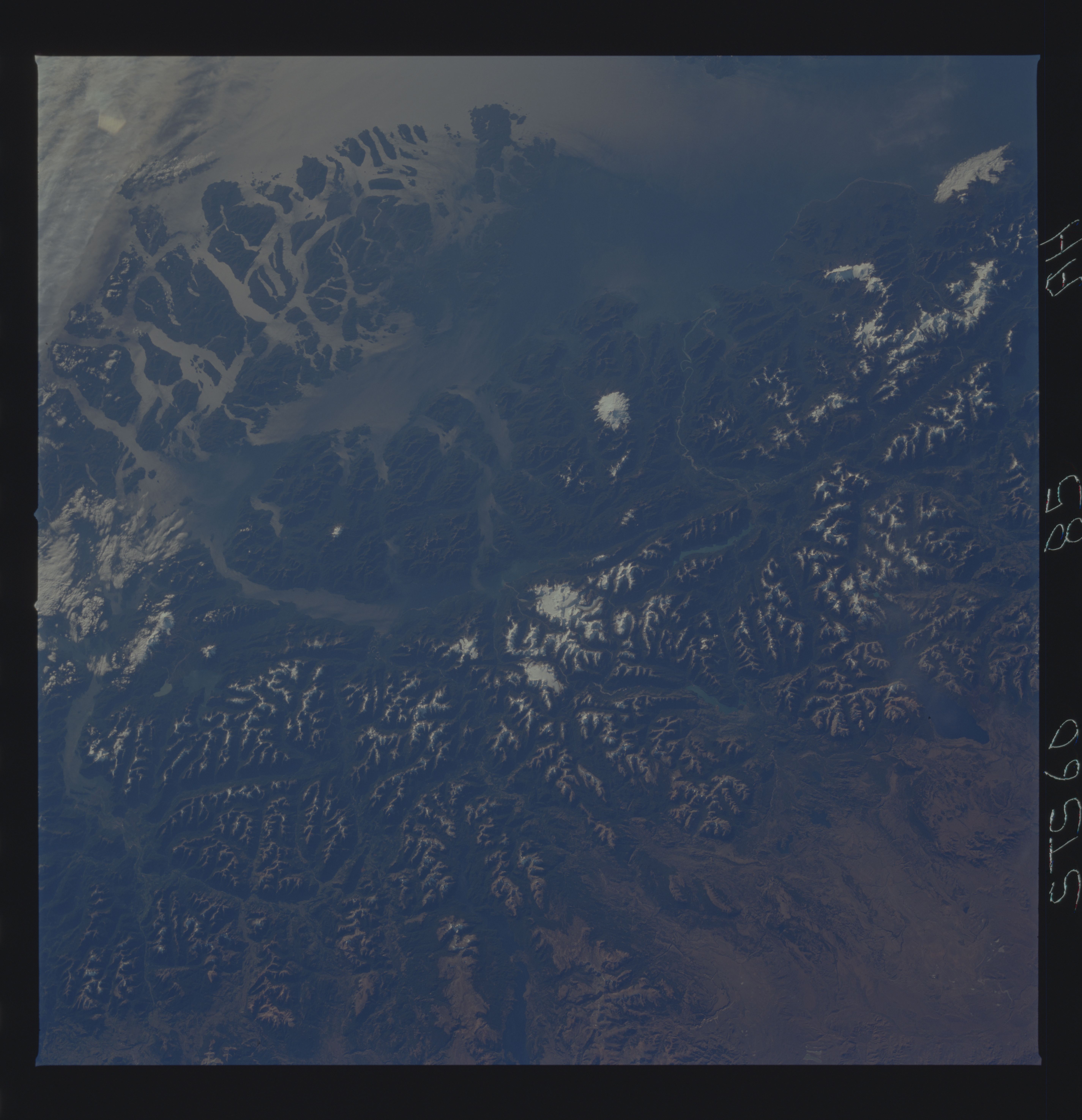 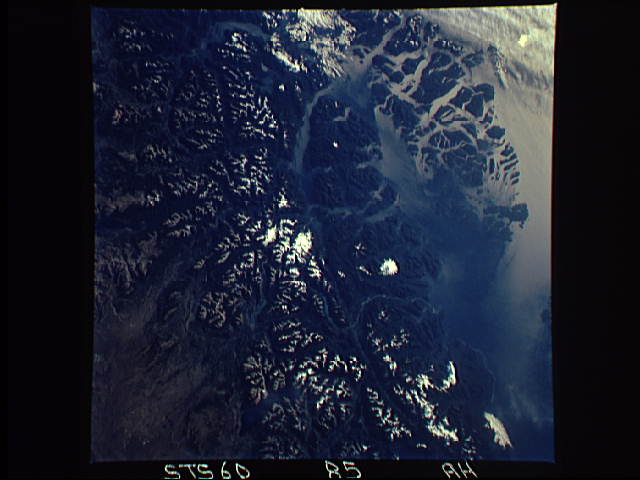 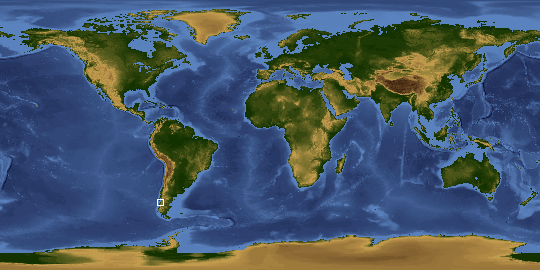 Other options available:
Download Packaged File
Download a Google Earth KML for this Image
View photo footprint information
Image Caption: STS060-085-0AH Andes Mountains, Chonos Archipelago, Chile February 1994
The rugged snow-capped Andes Mountains and the islands of the Chonos Archipelago can be seen in this southwest-looking view. Glaciers that formed during an ice age 12000 to 15000 years ago carved the u-shaped valleys in the region. The glacial process shaped the coast shown in this image, into fjords and coastal channels as sea levels rose with the melting of the ice fields. Chonos Archipelago (upper right) is a series of low mountainous elongated islands with deep bays are traces of a drowned coastal range. Most of the islands are forested with little or no human settlement. Part of the remaining glacier that covered this portion of the Andes is discernible near the center of the image. To its left near the left center of the image and barely discernible are Lakes Plata and Fontana, which are in Argentina. Near the bottom center of the image is Lake General Vinttner. The deep Moraleda Channel separates the islands of the Chonos Archipelago from the mainland. Just to the right of the remaining glacier fields, near the center of the image (Alto Nevado) is the snow-covered Melimoyu volcano (7872 feet-2400 meters). A small portion of the high Patagonian Desert is visible in the lower left portion of the image.