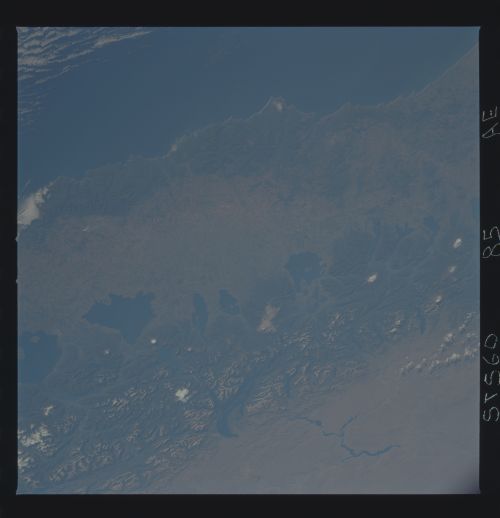 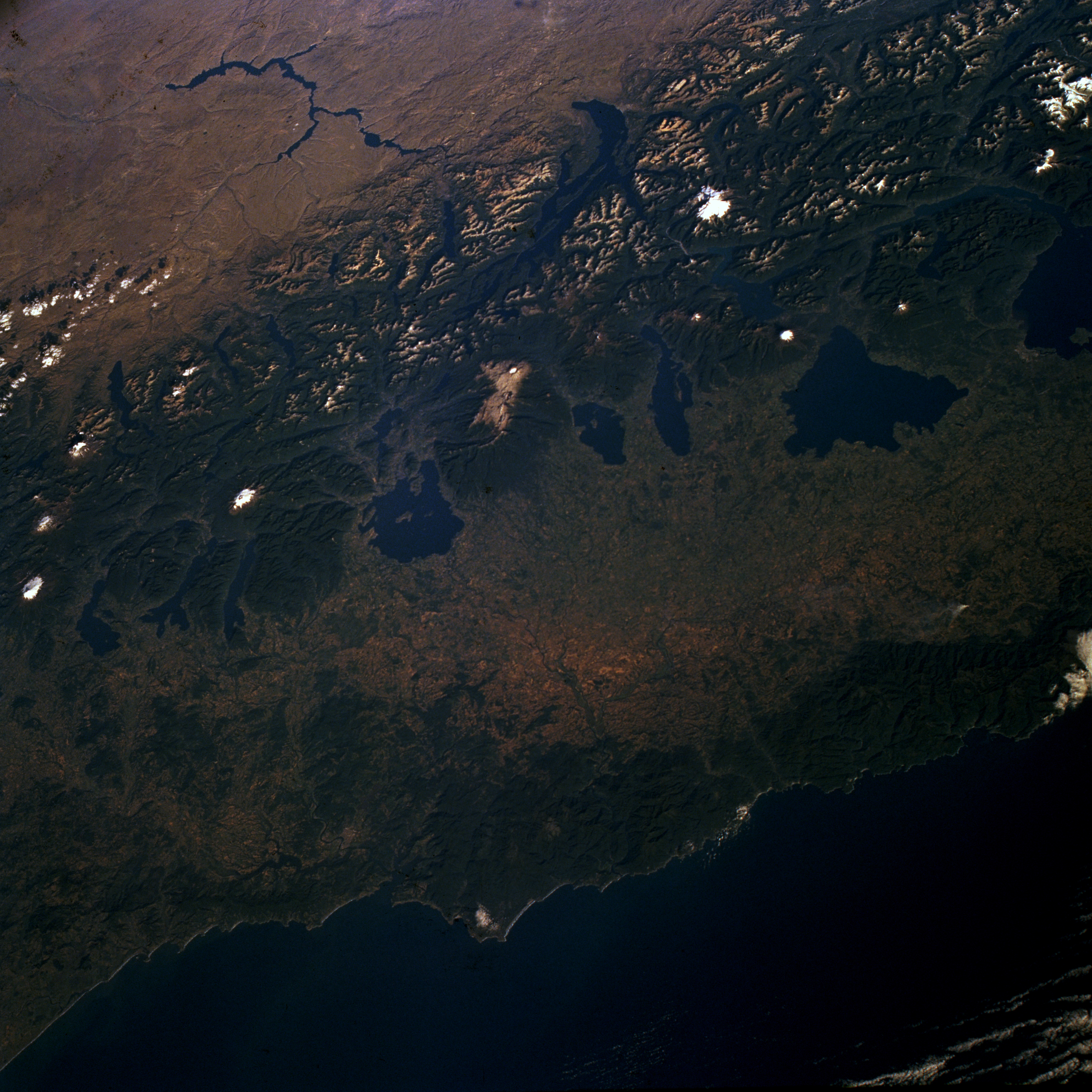 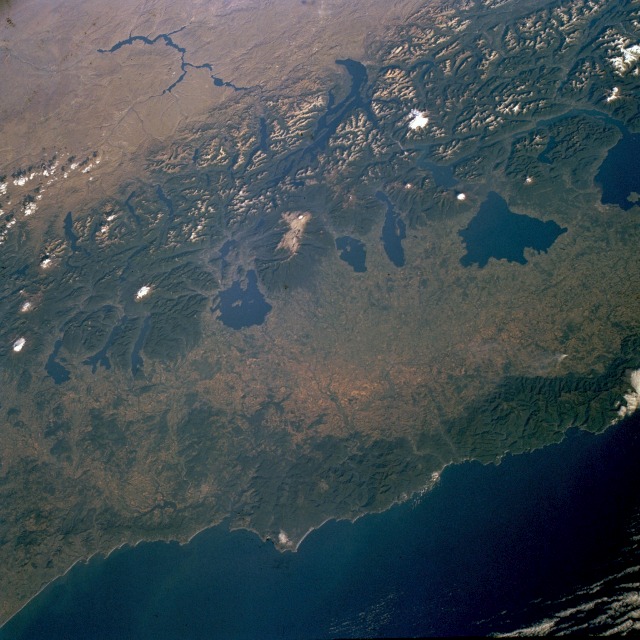 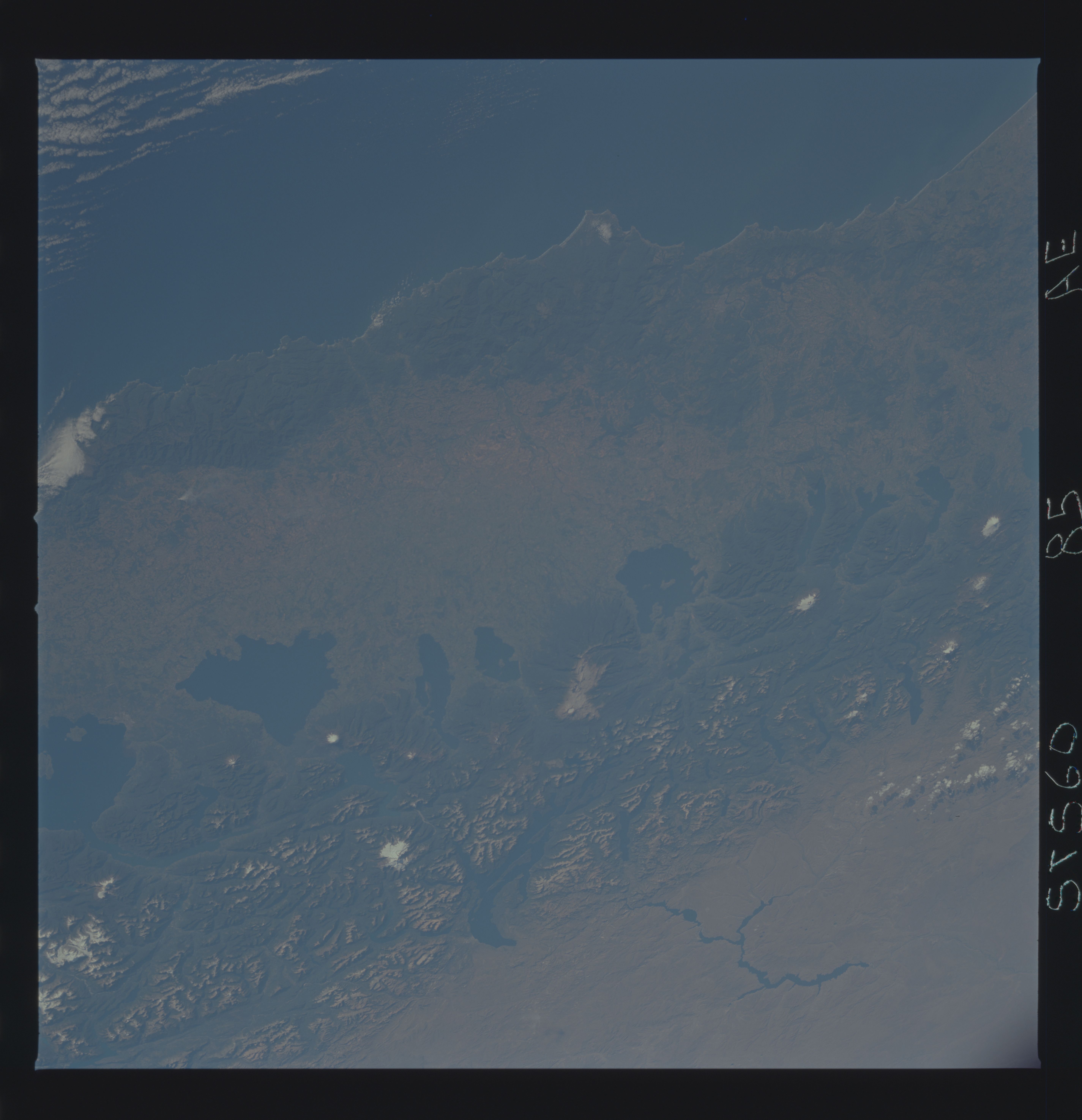 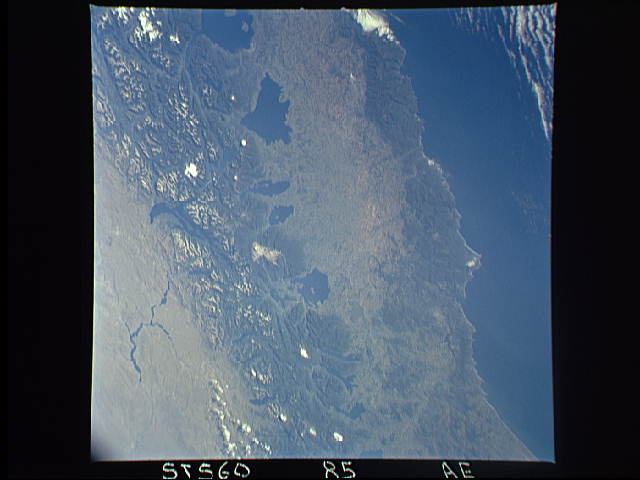 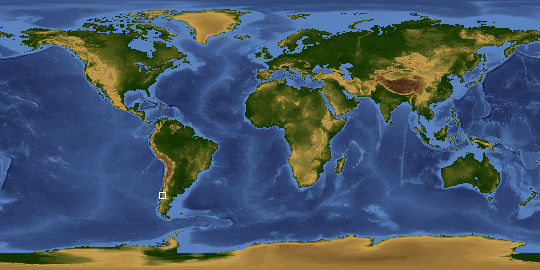 Other options available:
Download Packaged File
Download a Google Earth KML for this Image
View photo footprint information
Image Caption: STS060-085-0AE Andes Mountains and Lakes of Southern Chile February 1994
Part of the region that is known as southern-middle Chile is shown in this low-oblique, generally east-looking photograph. The west-east distribution and species of vegetation and physiography vary from the well-watered Pacific Ocean coastal range of low mountains to the volcanic, snowcapped summits of the Andes Mountains to the arid, leeward side of the Andes in the Argentine region of Patagonia. The relatively low, forested coastal mountains, with elevations of 2000 to 3000 feet (610 to 915 meters) above sea level, receive an average of 80 inches (200 centimeters) of precipitation annually. Eastward the landscape becomes a relatively broad valley where cattle raising predominates, but agricultural products such as fruits, vegetables, grains, and other food crops are changing the agricultural specialization. A north-south alignment of lakes along the western flank of the Andes Mountains provides a flourishing tourism industry in this "lakes region" of Chile. The elevations of a north-south-trending string of snowcapped volcanic peaks vary from 6000 feet (1830 meters) to more than 11 000 feet (3350 meters) above sea level. Most of the volcanoes are in Chile, but some are located on the border between Chile and Argentina. Several glacier lakes are visible on the Argentine side of the border, and an elongated reservoir stands out in marked contrast to the arid conditions in the Argentine region of Patagonia.