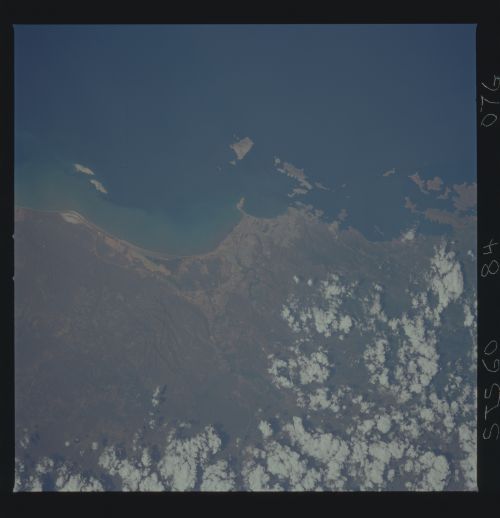 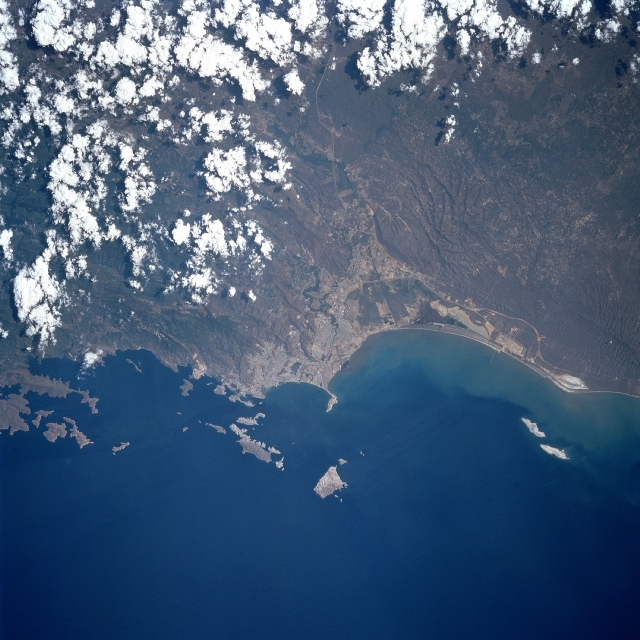 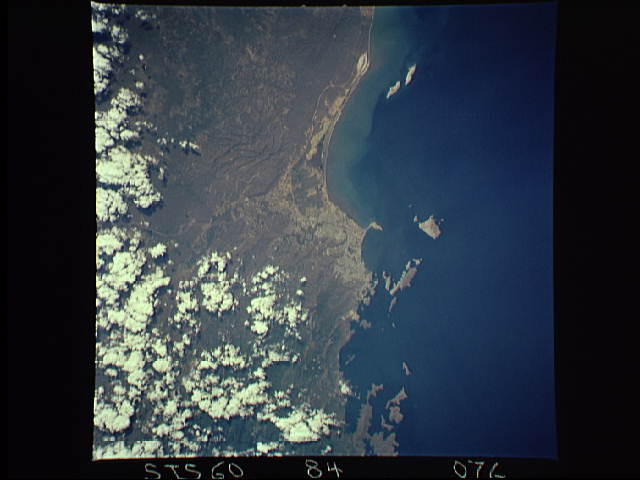 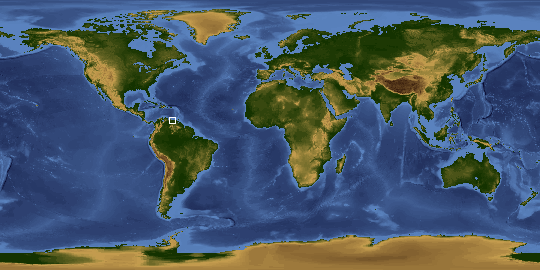 Other options available:
Download Packaged File
Download a Google Earth KML for this Image
View photo footprint information
Image Caption: STS060-084-076 Mochima National Park, Venezuela February 1994
Mochima National Park is both a marine and land based park in Anzoategui State. The offshore islands in this photograph are part of the park. The Caribbean coast of Venezuela in this region is scrub thornbrush. The Turimquire Mountains come right down to the sea and form high cliffs. The Island in the center of the photograph is over 1300 feet high. Puerto La Cruz has a population of over 800,000 and is located on the bay in the center of the view. Barcelona, the capital of Anzoategui State is to the right of Puerto La Cruz. The road that bisects the photograph leads inland to the Orinoco basin on the far side of the mountains.