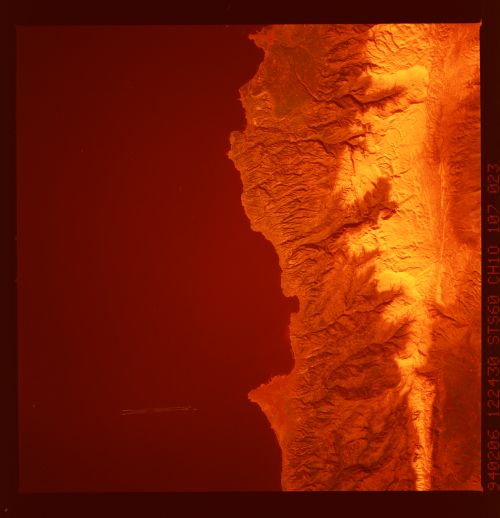 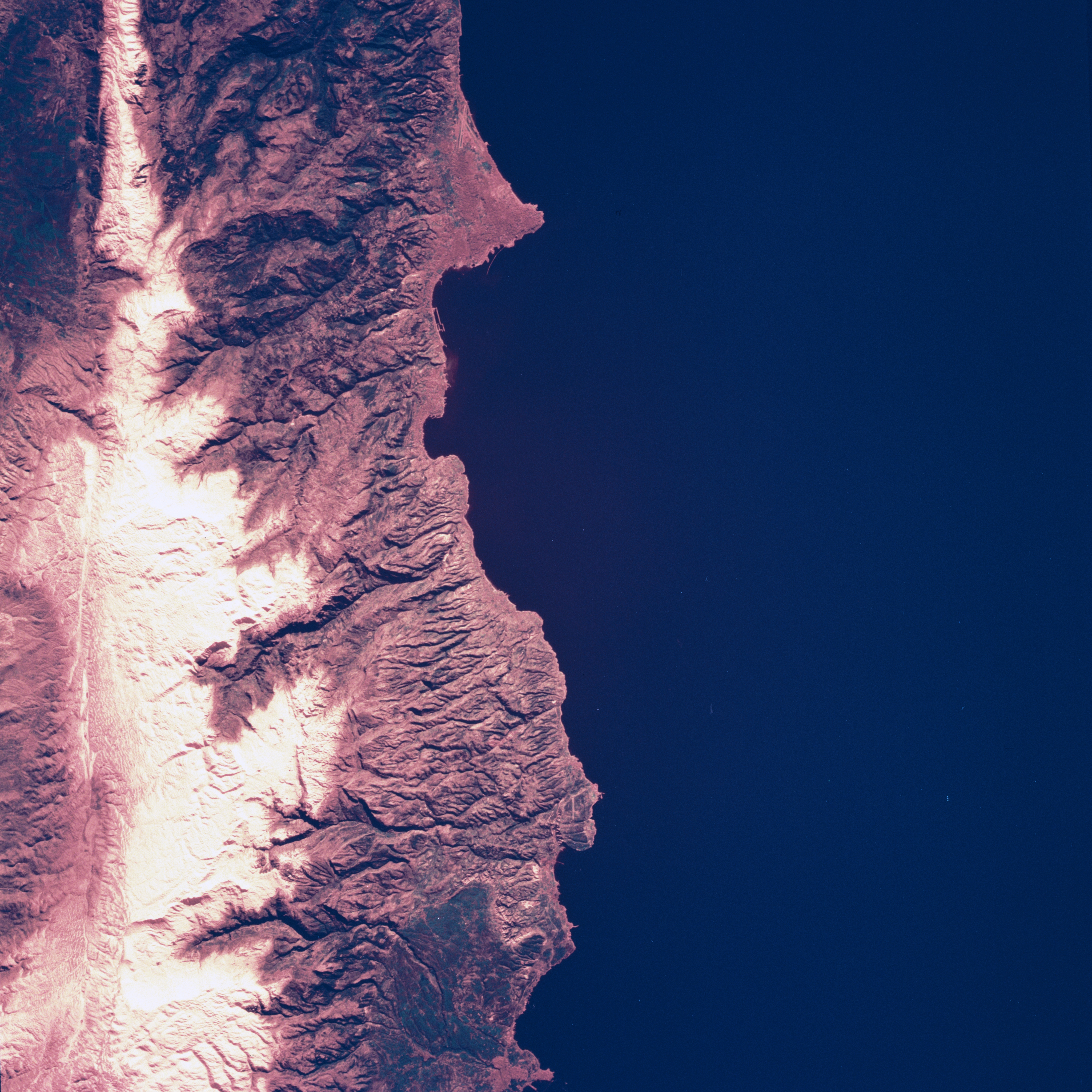 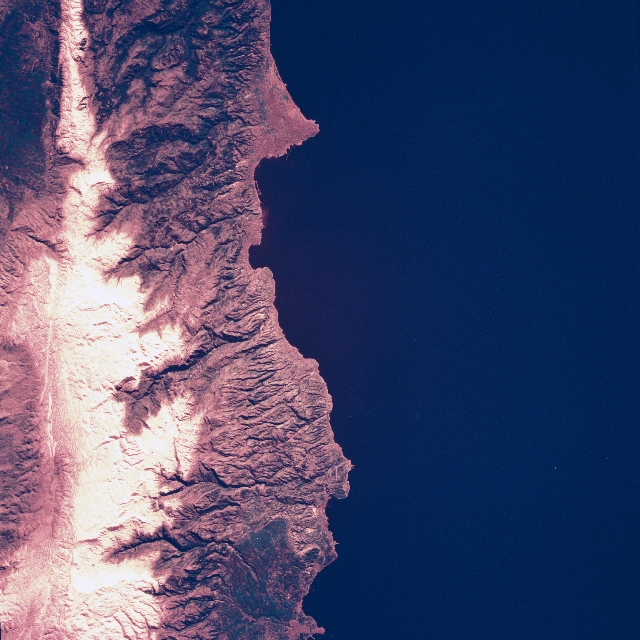 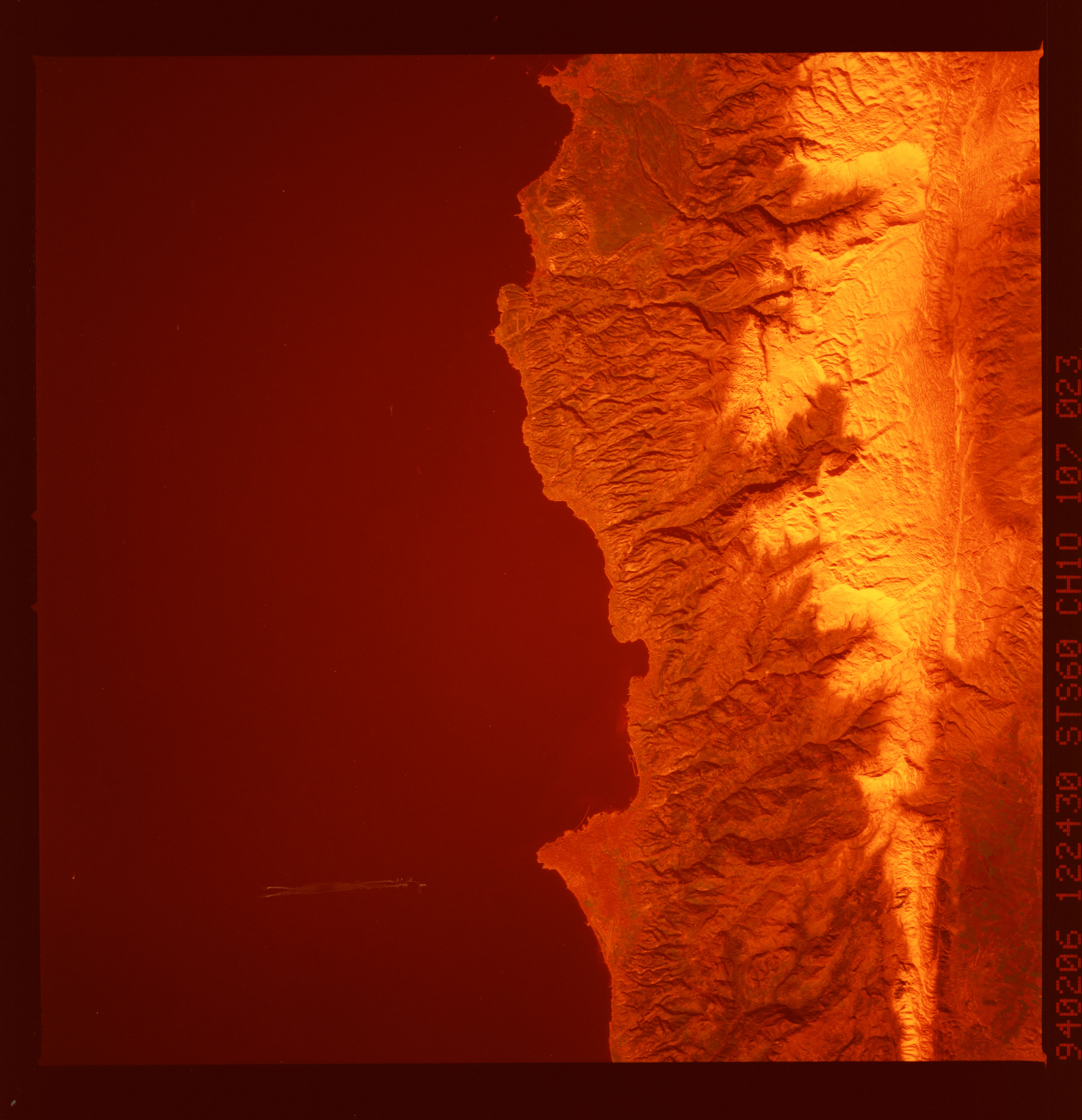 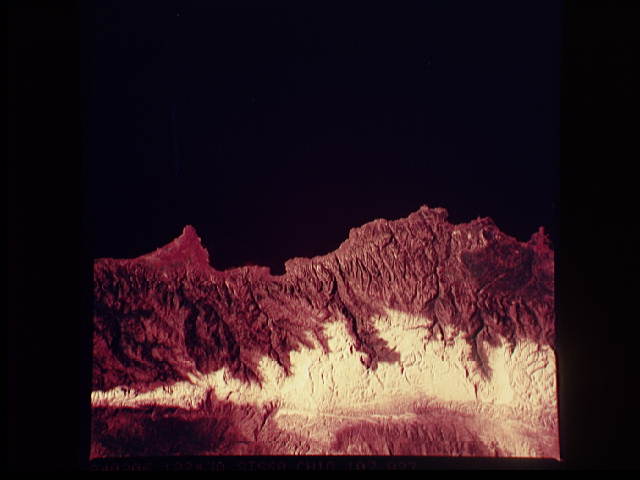 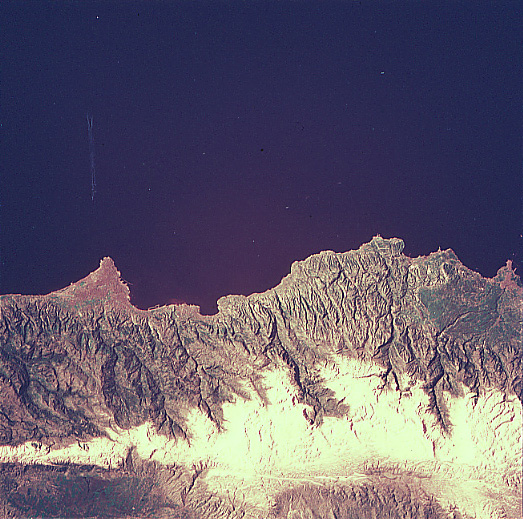 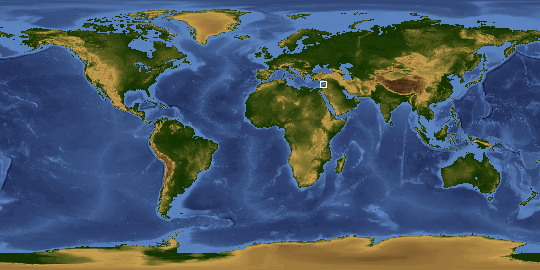 Other options available:
Download Packaged File
Download a Google Earth KML for this Image
View photo footprint information
Image Caption: STS060-107-023 Lebanon Mountains, Beirut, Lebanon February 1994
The rugged Lebanon Mountains can be seen rising from the narrow coastal plain in this mostly east-looking view. Snow covers the high peaks, which rise to over 11020 feet (3360 meters) at the left (north) of the image to over 8000 feet (2685 meters) at the right (south) on the image. Numerous river valleys descend down the western slopes of the mountain range to the Mediterranean Sea. At the left center of the image, the port city of Tripoli is located on the Mediterranean Sea coast. Tripoli has an oil refinery and is the terminus of an oil pipeline from Iraq. Citrus fruits and cotton are grown on the narrow coastal plain east of the city. Near the right center of the image is the capital and largest city in Lebanon, Beirut. Known as the "Paris of the East" before the civil war began in 1975 Beirut is now known as "the city that wouldn't die." The wounds from the Civil War, which ended in 1992, are still visible, but the city is slowly rebuilding. Before the war, Beruit was an important port and a commercial and financial center with many food-processing industries. The runways of the Beirut International Airport are discernible to the south of the city.