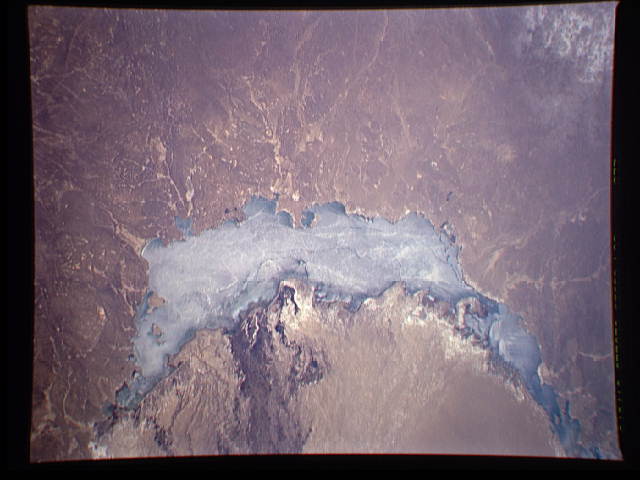 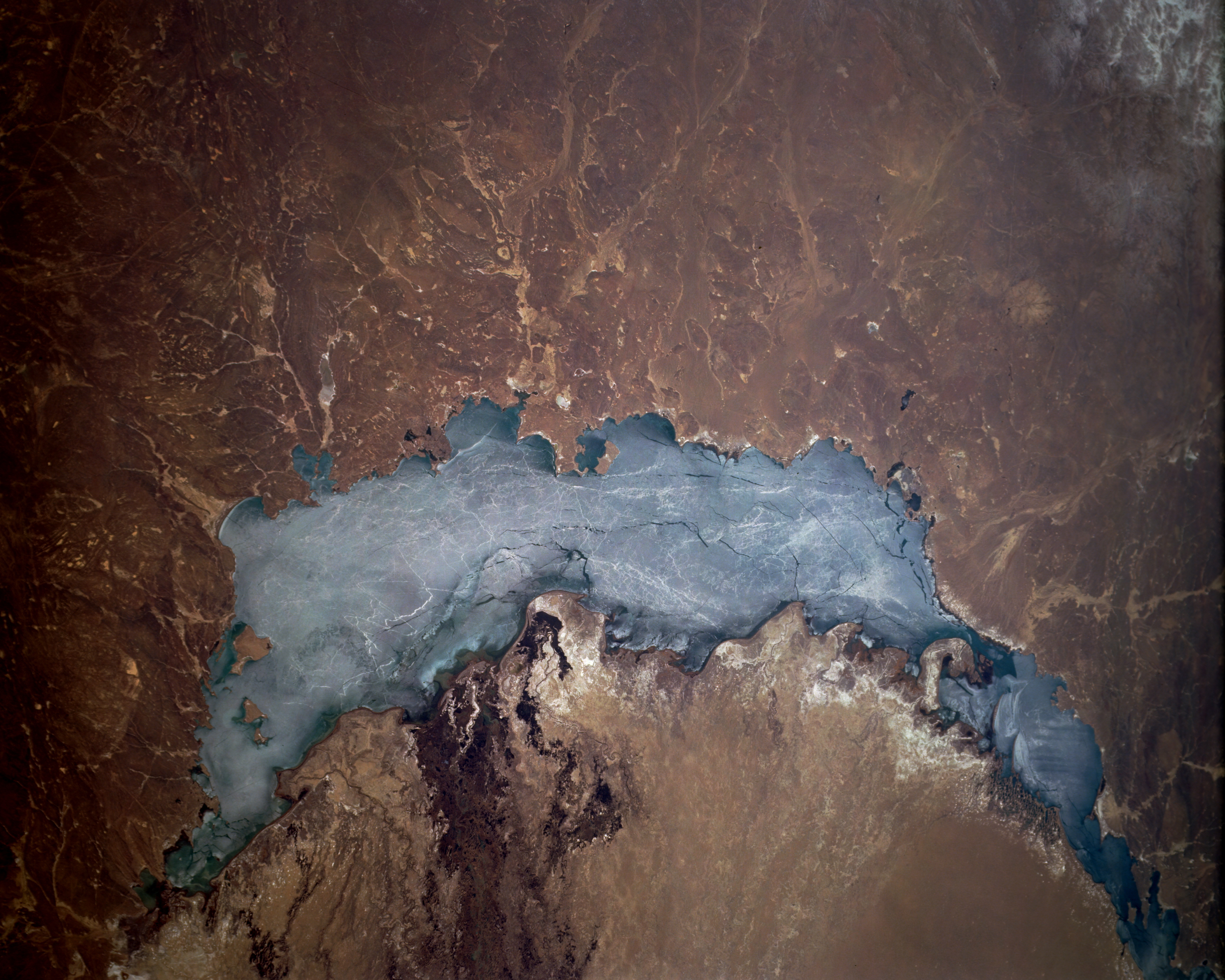 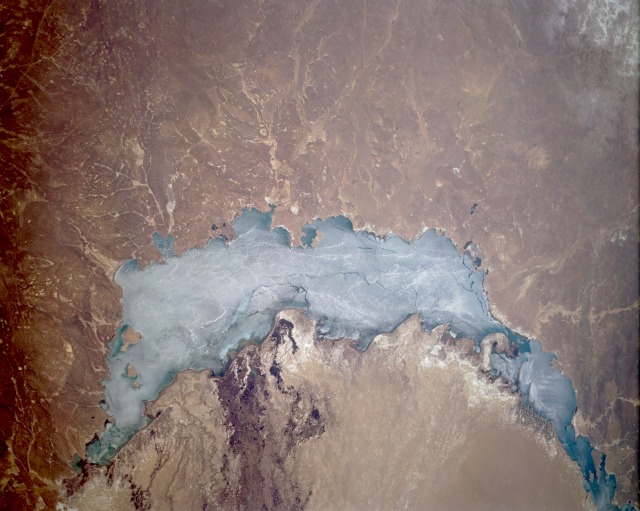 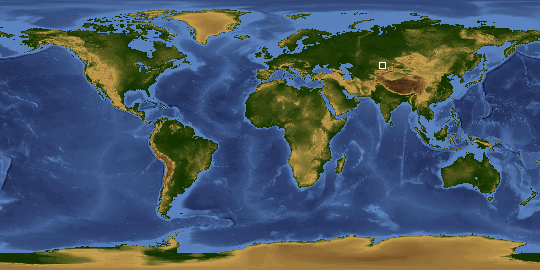 Other options available:
Download Packaged File
Download a Google Earth KML for this Image
View photo footprint information
Image Caption: STS059-L22-073 Lake Balkhash, Kazakhstan April 1994
Lake Balkhash, a large lake in eastern Kazakhstan, has no outlet in this land of vast deserts and steppe terrain. The brown and tan colors dominating the surrounding landscape indicate the harsh, waterless conditions of this environment. A sandbar effectively divides Lake Balkhash into a western half, which is fresh water, and an eastern half, which is saline. According to most accounts, the lake is slowly shrinking because of evaporation. Even though a fairly wide delta is visible along the southeastern end of the lake, the Ili River, which created the delta, does not have sufficient waterflow to exceed the rate of evaporation. The lake is 350 miles (565 kilometers) in length and about 45 miles (70 kilometers) at its maximum width, with an average depth is 20 feet (6 meters) and a maximum depth of 85 feet (25 meters). Lake Balkhash is usually frozen from November through March; however, in this April photograph, ice is still covering almost the entire surface of the lake. The small cities of Sary-Shagan and Balkhash are located along the western and northern shorelines, respectively, although not identifiable in this photograph. The white, highly reflective areas south of the lake are mineral deposits, mainly salts. Much of the landscape around the lake consists of sand; actually, areas of low sand dunes exist.