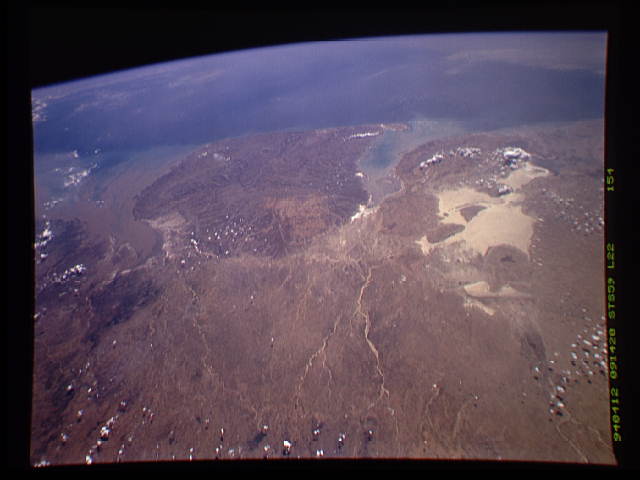 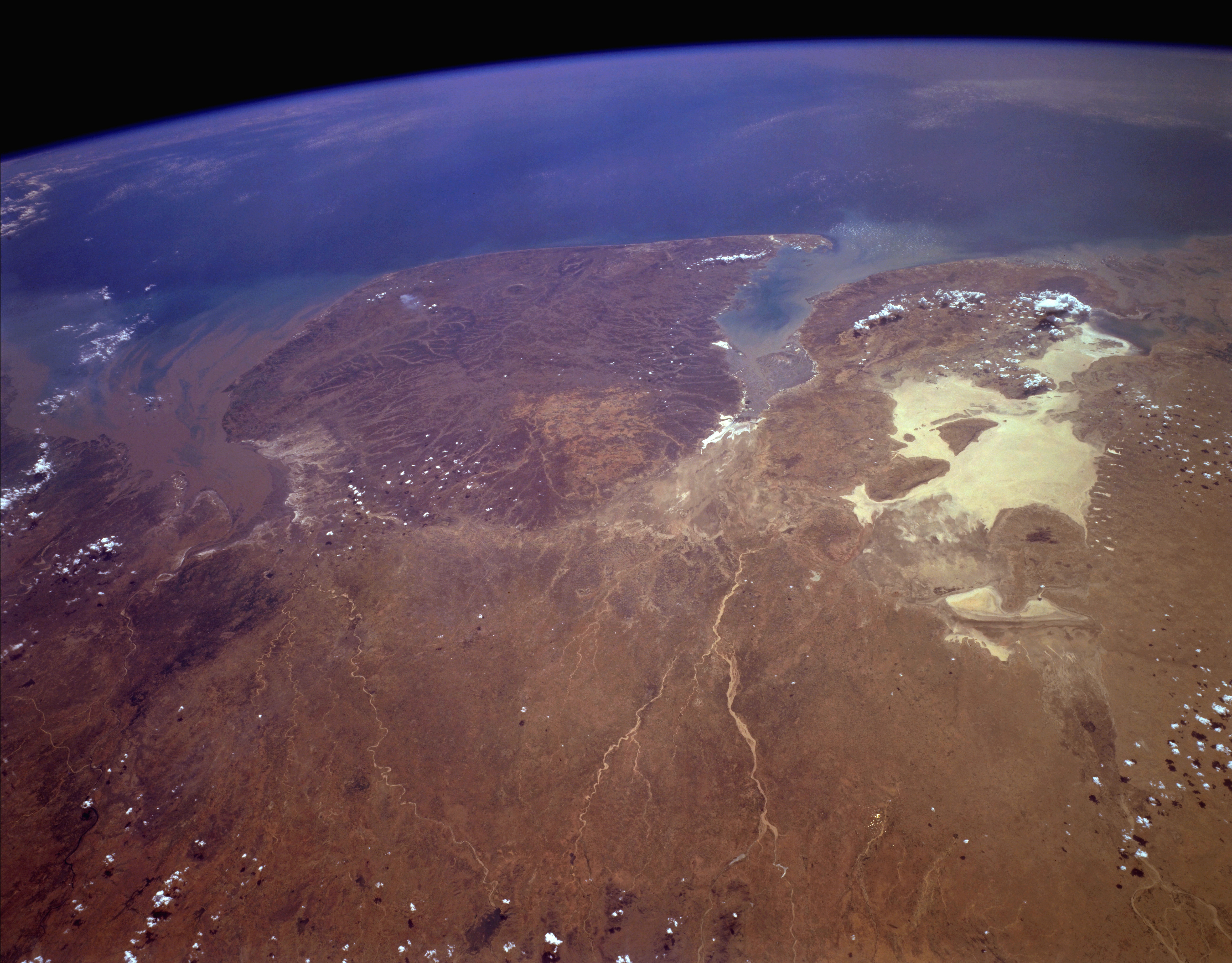 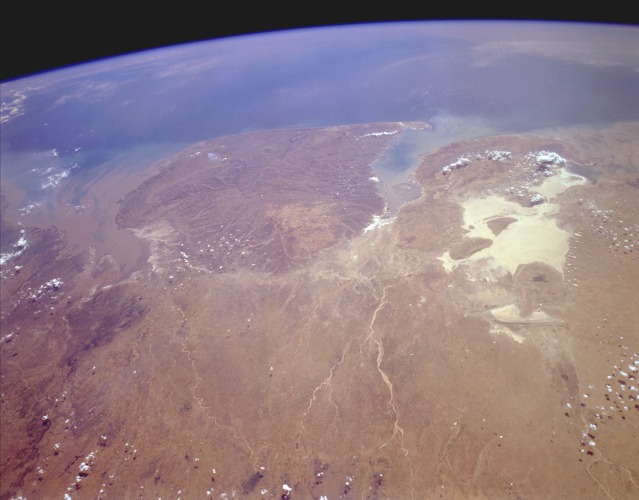 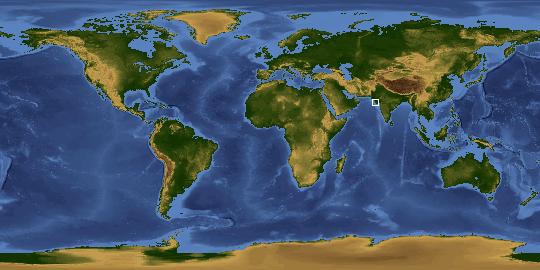 Other options available:
Download Packaged File
Download a Google Earth KML for this Image
View photo footprint information
Image Caption: STS059-L22-154 West-Central India April 1994
The Kathiawar Peninsula, the sizable promontory jutting into the Arabian Sea, is bounded on the southeast by the sediment-laden Gulf of Khambhat and on the northwest by the Gulf of Kutch. The highly reflective area north of the Gulf of Kutch is the Great Rann of Kutch, a very large salt marsh that forms the border between India and southeastern Pakistan. The Great Rann of Kutch and the Kathiawar Peninsula comprise more than 75 percent of the west-central state of Gujarat. The Kathiawar Peninsula is relatively level terrain with a slightly elevated central tableland from which all rivers arise and radiate outward. Cotton is the area's leading crop. The overall brown appearance in this springtime photograph confirms that the region deserves the tropical savanna climate classification and that the area is almost totally dependent on the monsoons for rainfall for the entire year. The Kathiawar Peninsula is also the home of the endangered Indian lion.