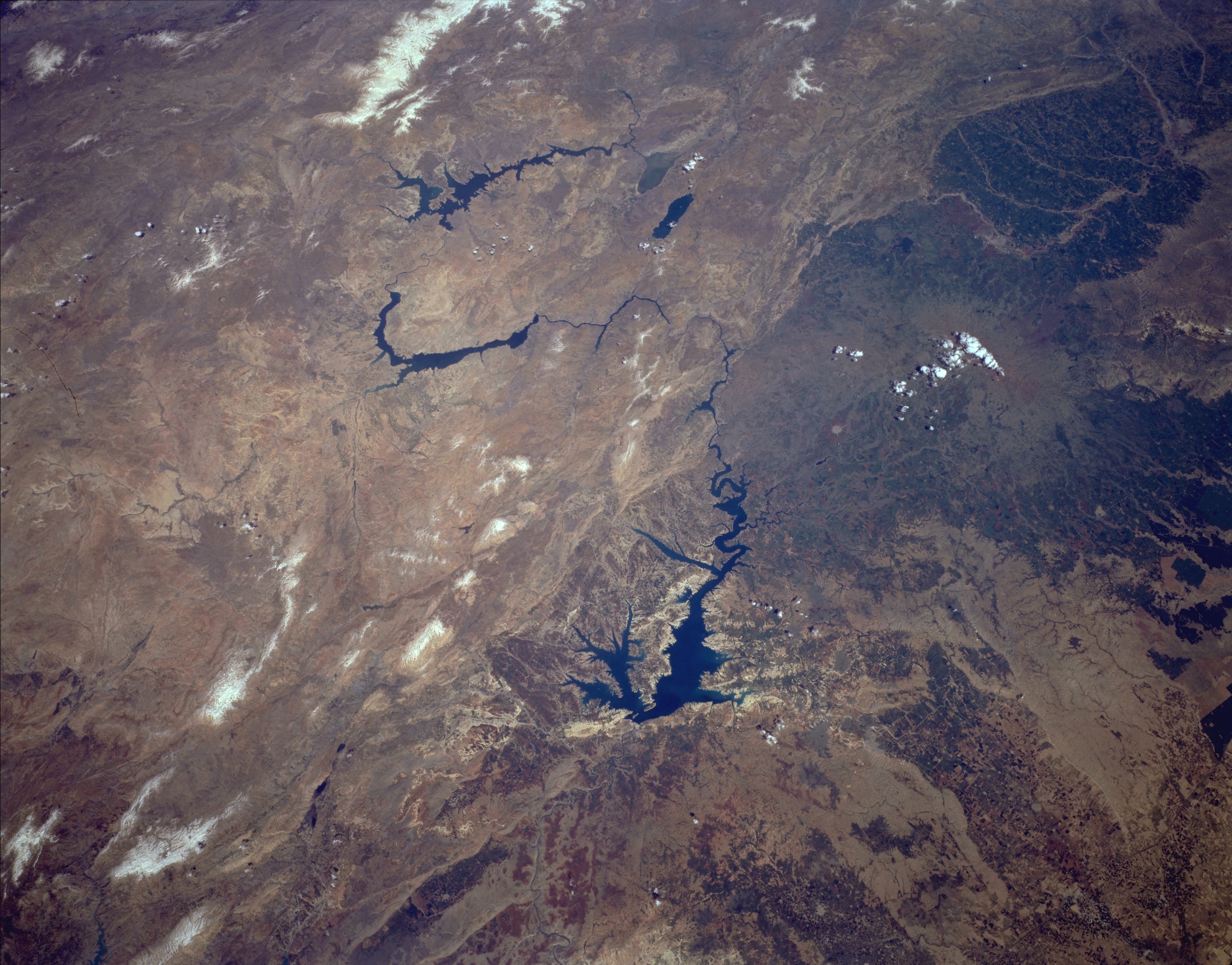 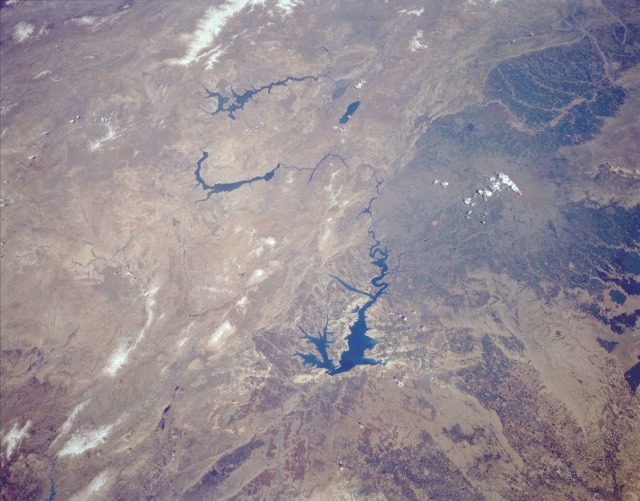 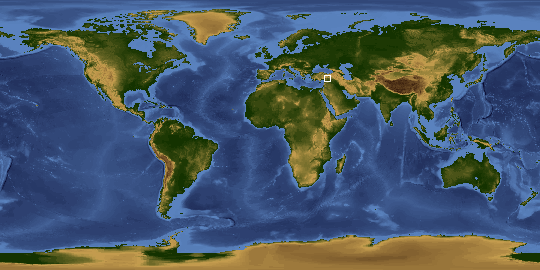 Other options available:
Download Packaged File
Download a Google Earth KML for this Image
View photo footprint information
Image Caption: STS059-L17-113 Euphrates River, Turkey April 1994
The highlight of this low-oblique, northeastern view of the Euphrates River, as it flows generally southward through southeastern Turkey, is the recently completed Ataturk Dam and resultant reservoir. In addition to its main watercourse, the Euphrates River has three very large, distinct reservoirs. The largest and newest reservoir was created by construction of the Ataturk Dam, named for Kemal Ataturk, the Turkish leader who enjoyed tremendous success ruling and modernizing Turkey during the first half of the 20th century. These dams were constructed to help with flood control; provide water for irrigation; and, most importantly, provide hydroelectric power to this region of Turkey. The dark-to-light boundary line east of the Euphrates River distinguishes the elevation and vegetation changes between the lower terrain to the south and the elevated plateaus and low mountains to the north. Average elevations range from 2500 feet (760 meters) for the lowlands to more than 5000 feet (1520 meters) for the plateaus and mountains (lighter browns and tans that have less vegetation). A broad swath of agricultural field patterns southeast of the Ataturk Dam and reservoir can also be observed. The other famous river in this region, the Tigris, is barely visible near the eastern edge of the photograph as it makes its south-to-east bend just southeast of the city of Diyarbakir.