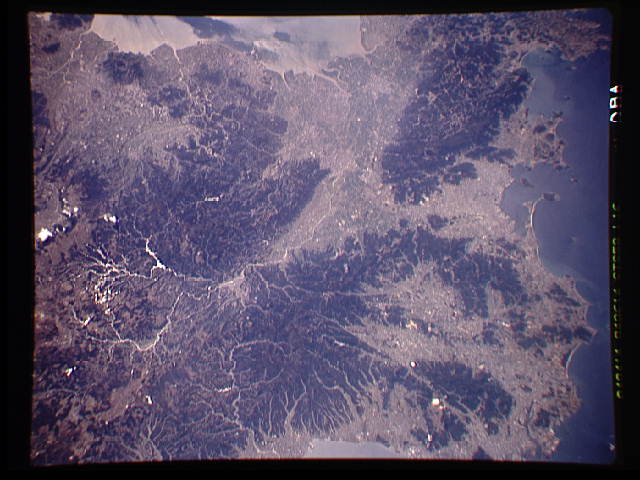 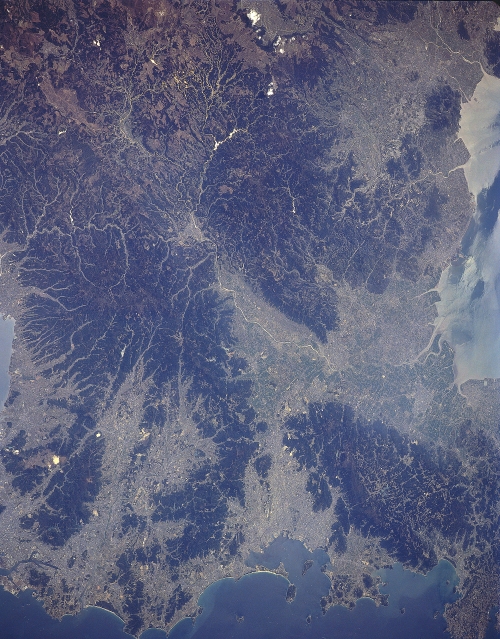 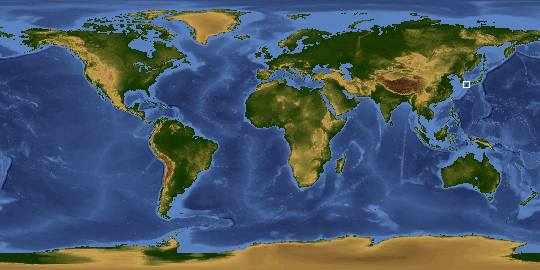 Other options available:
Download Packaged File
Download a Google Earth KML for this Image
View photo footprint information
Image Caption: STS059-L16-0BA Fukuoka, Kyushu, Japan April 1994
The northwest coast of Kyushu Island that faces the eastern channel of the Korea Strait contains numerous natural harbors, peninsulas, and fragmented-mountains (darker looking terrain with prominate drainage patterns). Urban development and agricultural activities are concentrated on the fertile coastal plains and the mountain valleys (lighter-colored areas). The modern port city of Fukuoka (1.2 million population - 1993 estimate) with its angular-shaped manmade peninsulas (series of docks, wharfs, and piers) is visible along the south side of the bay that is located at the bottom (near the center) of the image. The Chikugo River (linear, light-colored feature) can be traced across the intensively cultivated fertile plain (large light-colored area near the right middle) as the river drains generally westward. Sunglint (sun's reflection off of the river's surface) helps to accentuate the drainage pattern (largely dendretic) of the Chikugo River Basin, from its headwater areas in the mountains of north central Kyushu to its delta where the river flows into the Ariakeno Bay (right edge of the image).