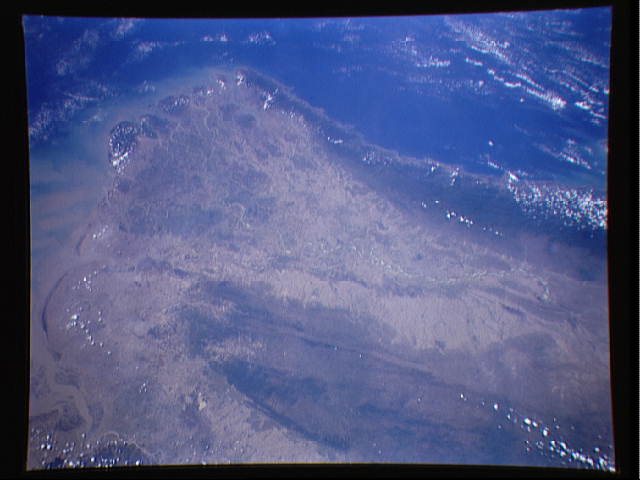 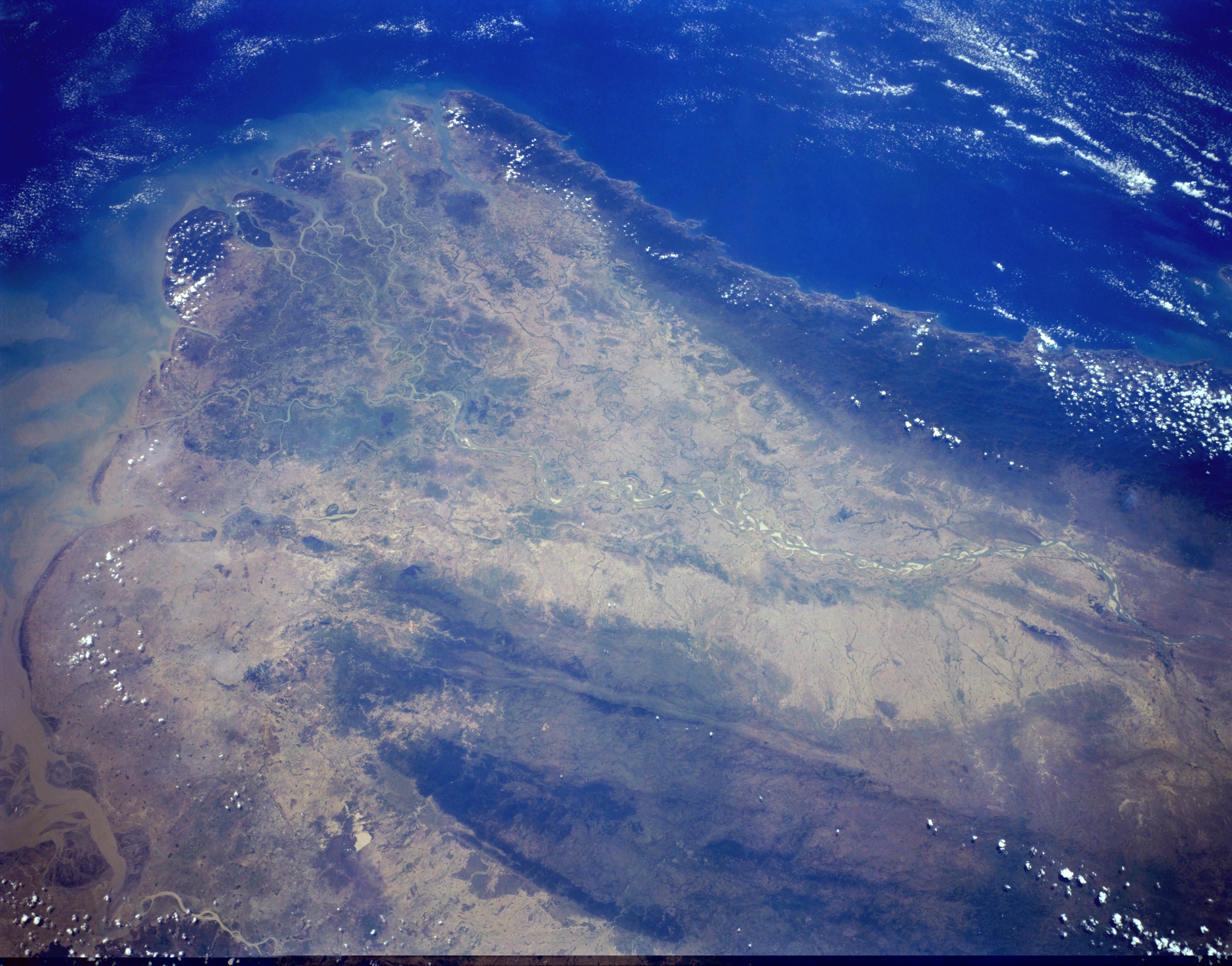 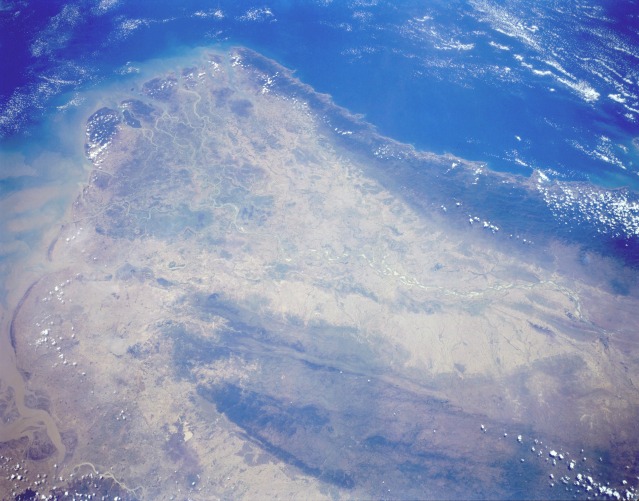 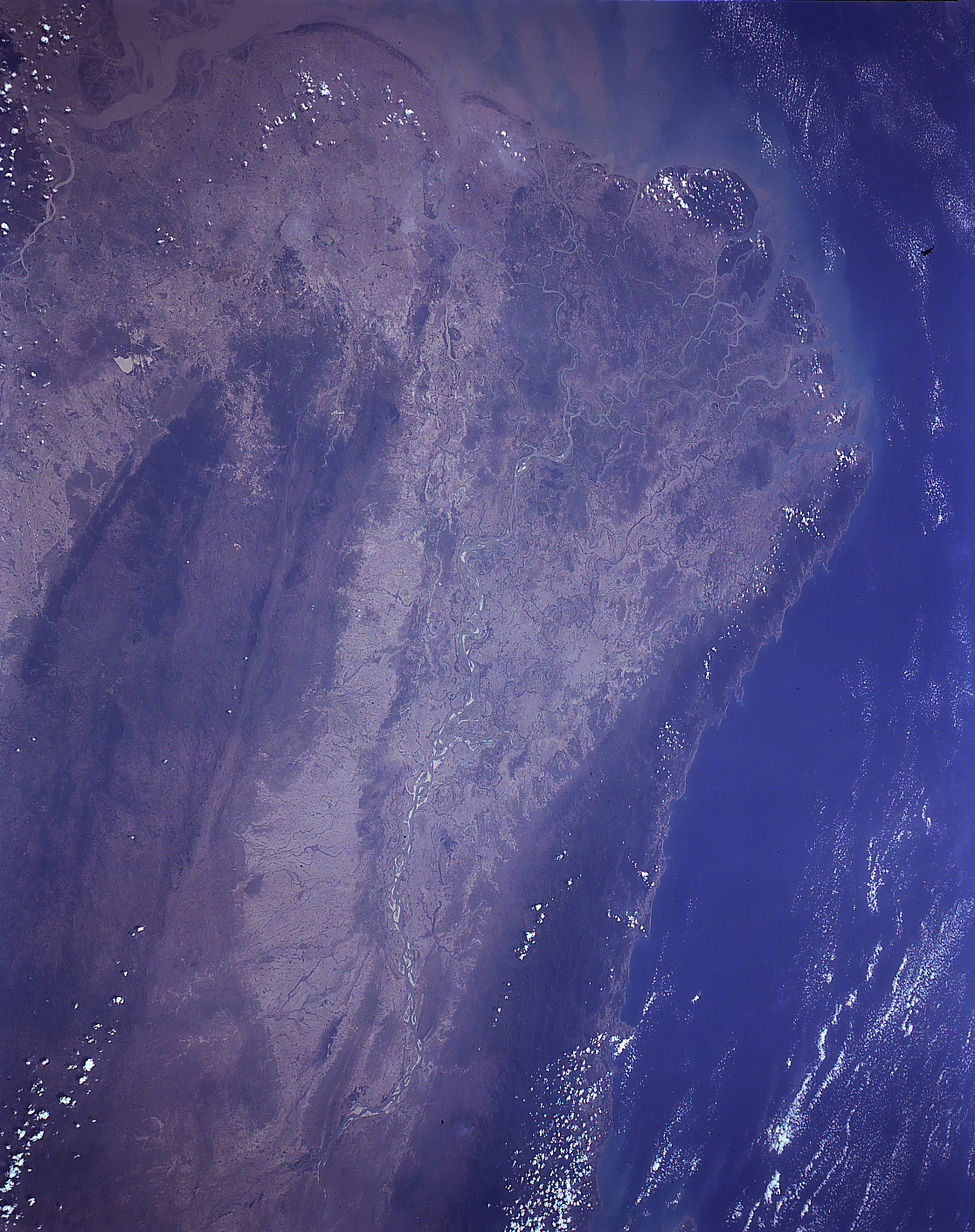 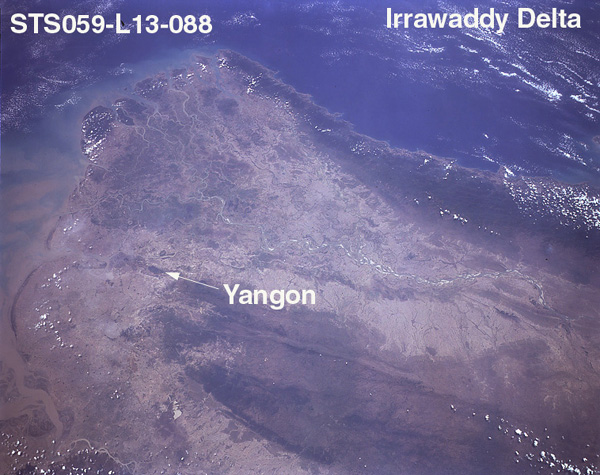 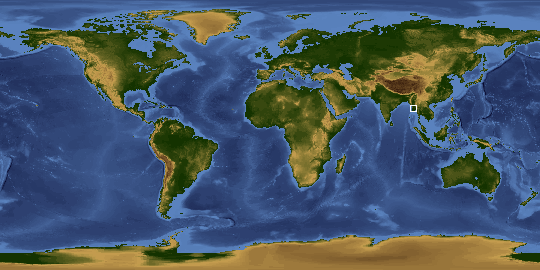 Other options available:
Download Packaged File
Download a Google Earth KML for this Image
View photo footprint information
Image Caption: STS059-L13-088 Irrawaddy River, Burma April 1994
The large delta created by the southward-flowing Irrawaddy River is a major rice-growing region of the world. The British were instrumental in establishing the infrastructure for Burma to develop rice crops in the Irrawaddy delta. This southwest-looking, low-oblique photograph shows the broad expanse of the meandering river and numerous sandbars (highly reflective areas) flanked by the forested Arakan Mountains to the west and the Pegu Range to the east. Several major faults trend north-south within the Pegu Range. This photograph reveals the general landscape before the monsoon season. The tans and light browns are typical of an arid landscape; most of the green vegetation at this time of year is found on the two mountain ranges and in permanent mangrove stands in the Irrawaddy delta. Similar to northeast India and Bangladesh, this region of Burma is very dependent on monsoons for agriculture. The monsoons usually begin in June and can extend through September and October. The warm monsoon climate and fine alluvial soils produce rice, sugarcane, beans, and other vegetables in the southern Irrawaddy River basin.