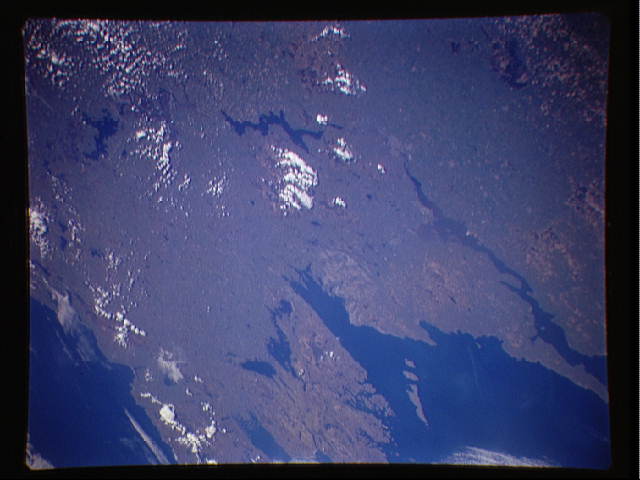 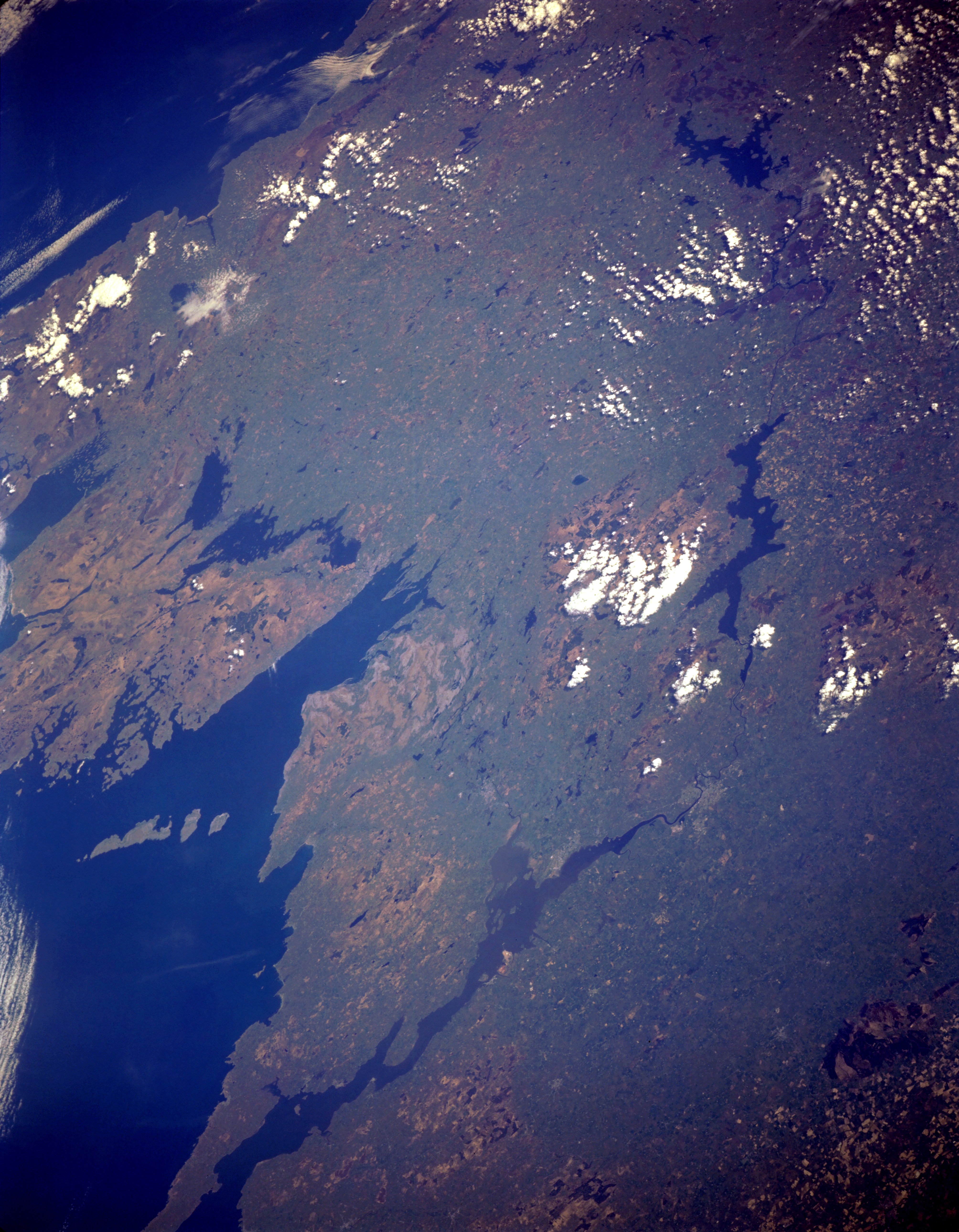 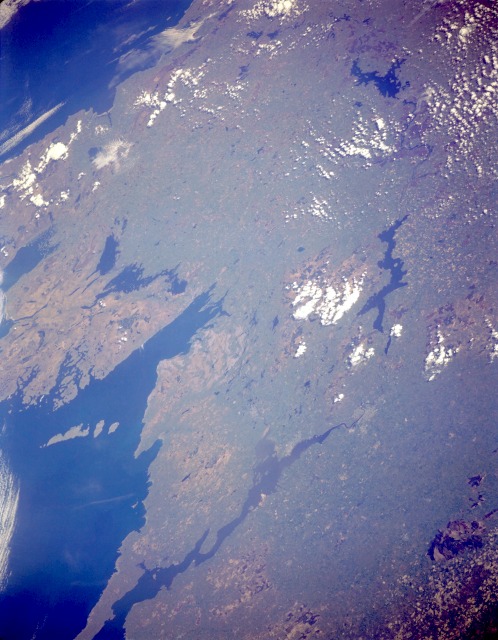 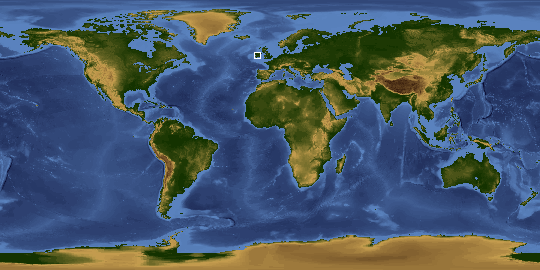 Other options available:
Download Packaged File
Download a Google Earth KML for this Image
View photo footprint information
Image Caption: STS059-L13-005 West-Central Ireland April 1994
The west-central region of Ireland is presented in this low-oblique, north-looking photograph. Numerous lakes are scattered across the landscape as reminders of the continental glaciers that once covered the entire region. Glaciation resulted in much of Ireland having thin soil that will not support significant vegetation growth despite 40 to 80 inches (100 to 200 centimeters) of annual precipitation. The western coastal area is classified as humid temperate with cool summers and no specific dry season. The higher elevations of 1000 to 2000 feet (300 to 600 meters) usually appear tan or light brown, which indicates a lack of forested vegetation. Pastoralism is the dominant agricultural pursuit in west-central Ireland. This photograph shows a representative section of the west coast of Ireland, which contains peninsulas, bays, and islands. Viewing clockwise from north of Galway Bay are several large lakes--Corrib and Mask immediately north of the bay, Ree to the northeast, and elongated Derg south of Ree. Several cities are barely visible--Galway at the northeast end of Galway Bay and, to the south, Shannon on the north bank of the Shannon River; and Limerick on the south bank of the Shannon River.