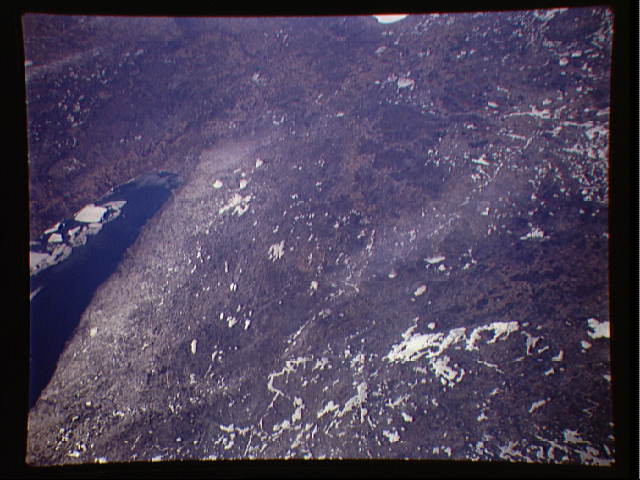 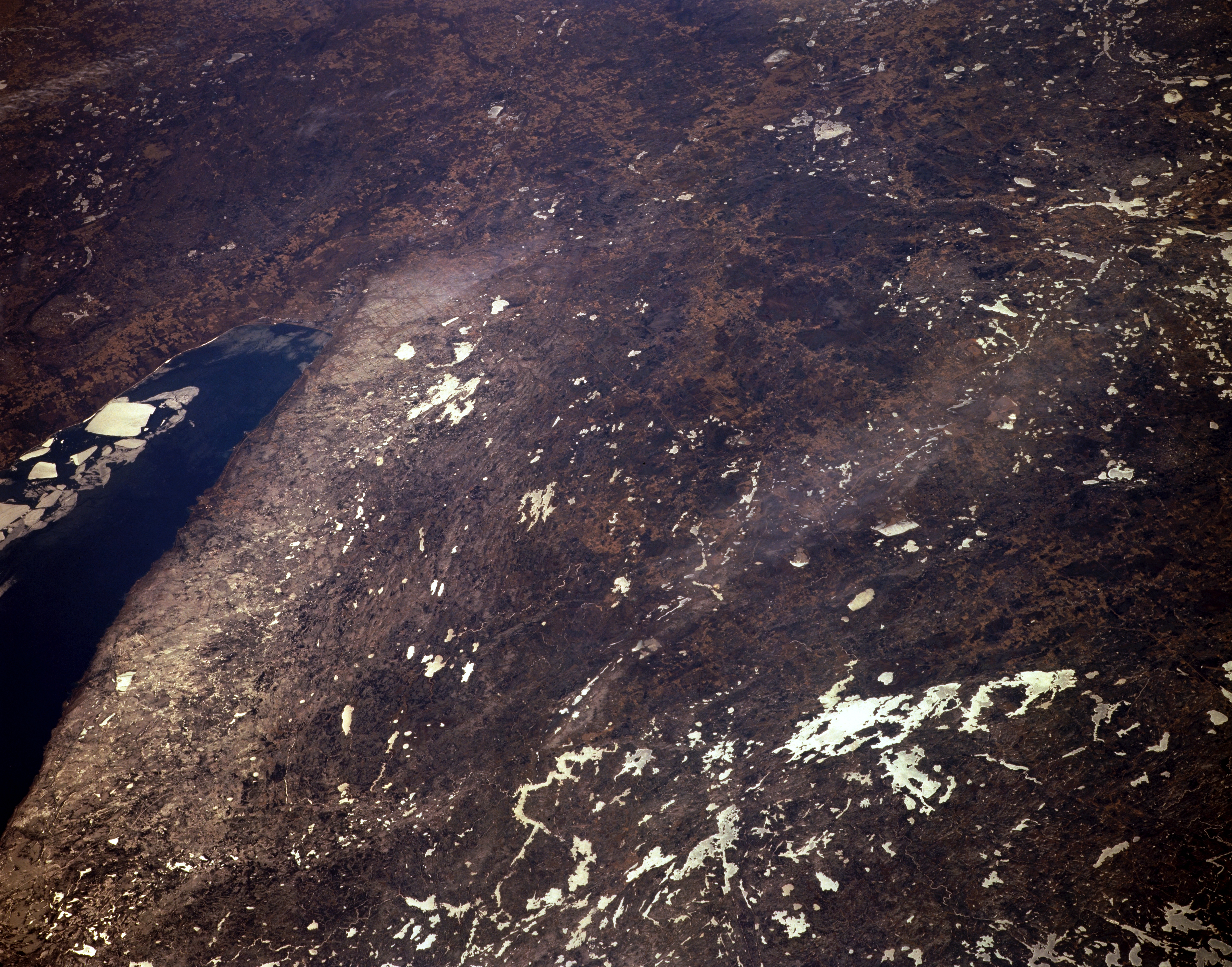 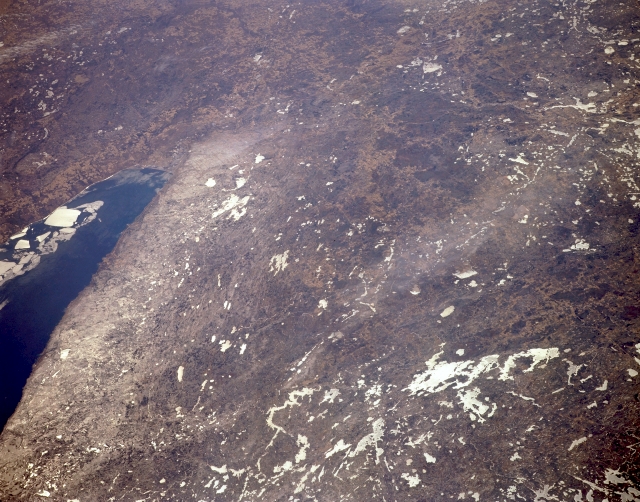 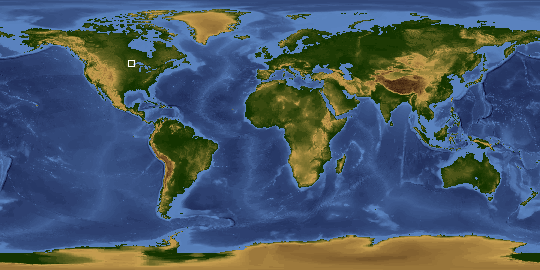 Other options available:
Download Packaged File
Download a Google Earth KML for this Image
View photo footprint information
Download a GeoTIFF for this photo
Image Caption: STS059-L08-099 Mesabi and Vermilion Ranges, Minnesota, U.S.A. April 1994
The low hills of the Mesabi and Vermilion Ranges, both rich in iron ore deposits, are discernible in the center and right center of this south-looking, low-oblique photograph. The ores in the Mesabi, found in a belt 110 miles (175 kilometers) long and from 1 to 3 miles (1 to 5 kilometers) wide between Grand Rapids and Babbitt, lie in horizontal layers near the surface and are mined by the open-pit method. In Superior National Forest north of the Mesabi Range, numerous ice-covered lakes appear, the largest of which is Vermilion Lake [35 miles (56 kilometers) long]. Also discernible are blue Lake Superior and the Northern Highlands of northwest Wisconsin (upper left).