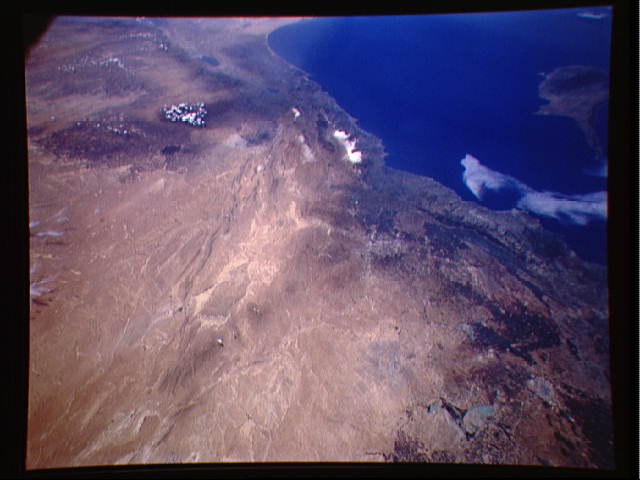 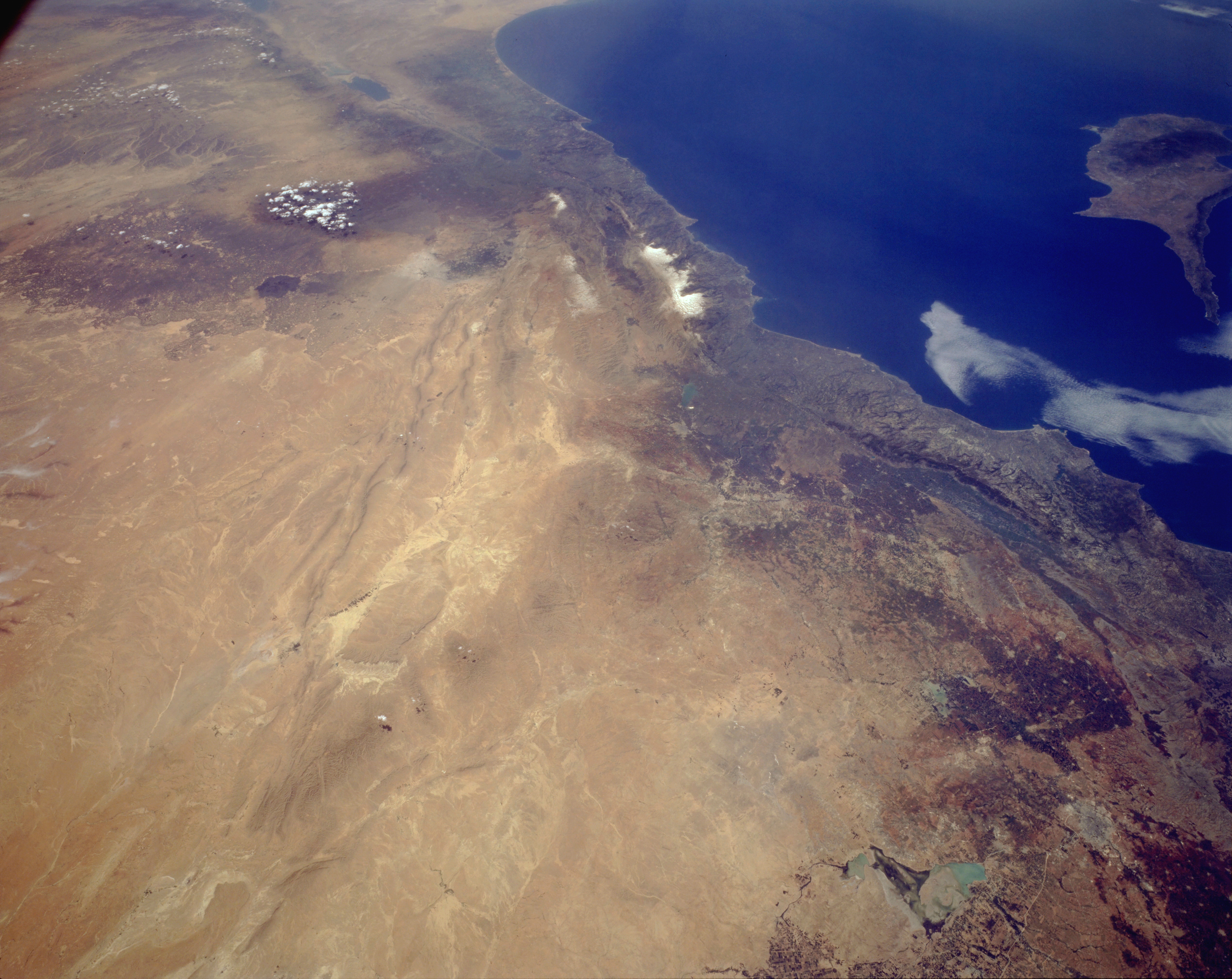 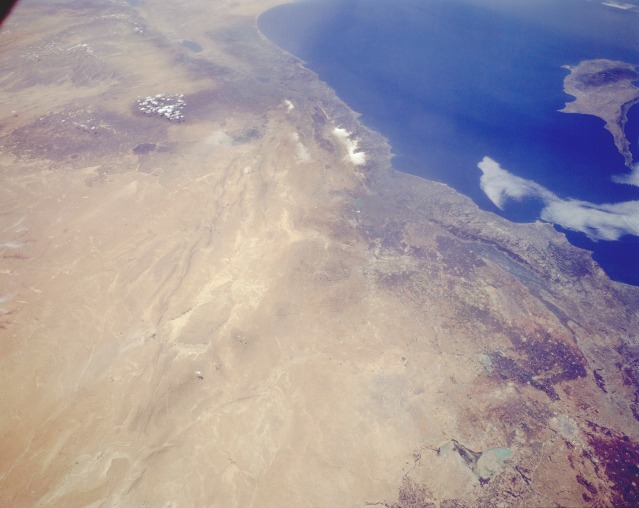 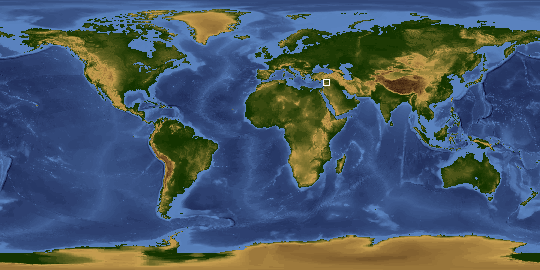 Other options available:
Download Packaged File
Download a Google Earth KML for this Image
View photo footprint information
Download a GeoTIFF for this photo
Image Caption: STS059-L06-077 Eastern Syria April 1994
Syria (the western third of the country included in this photograph) is an excellent example of a country where climate and topography dictate which regions of the country are developed. The Mediterranean coastal area of Syria receives adequate rainfall; irrigation is not required. Toward the interior in the rain shadow, or leeward side of the mountains, agriculture is possible, but in many cases irrigation is required. The darker, brownish areas indicate subregions where land is being used for agriculture. Cotton and wheat are the two leading crops grown in the northwest corner of Syria. Aleppo (Halab), a city of approximately 2 million located along an old caravan route, is barely visible near the northern edge of the photograph. This region is the intersection of three major tectonic plates (African, Arabian, and Eurasian). Although the surface manifestation of these plate boundaries tends to be subtle, the boundaries can be seen from the Dead Sea Rift Valley along a line of low, northeast-southwest-trending mountain ridges through the desert area to the east. The light brown area along the southeastern part of the photograph is the Syrian Desert. Many nomadic people graze their sheep, camels, and goats in this desert.