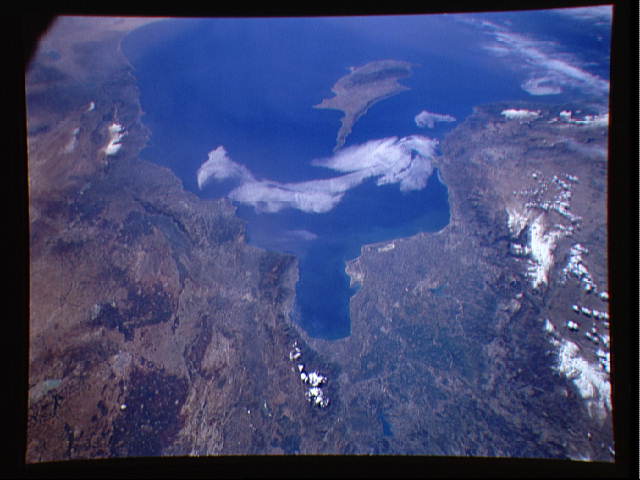 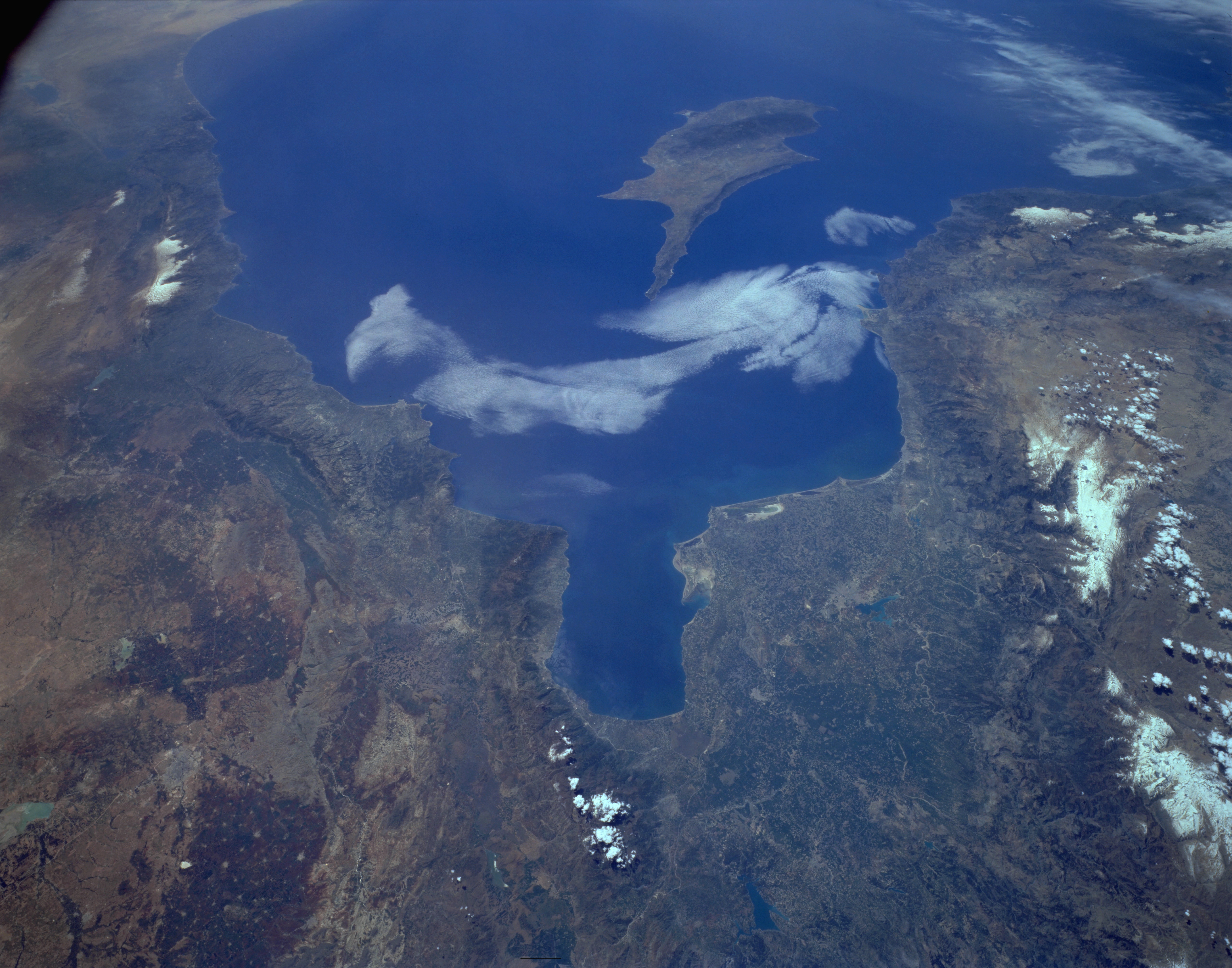 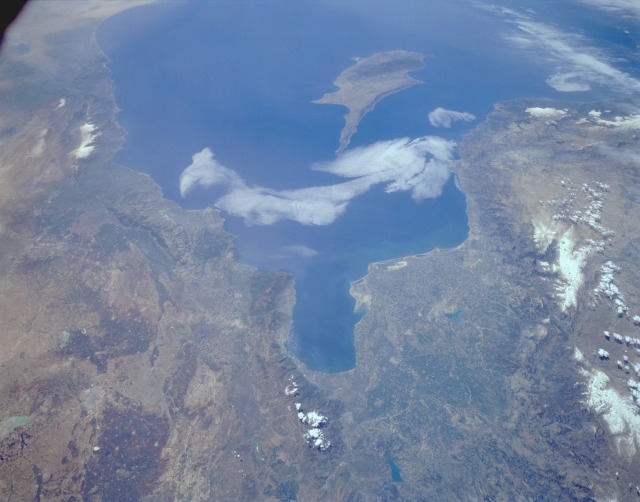 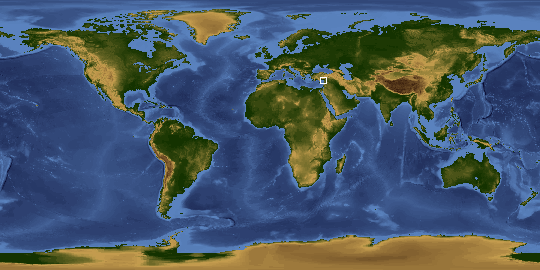 Other options available:
Download Packaged File
Download a Google Earth KML for this Image
View photo footprint information
Download a GeoTIFF for this photo
Image Caption: STS059-L06-076 Plain of Adana, South-Central Turkey April 1994
Two major agricultural areas are shown in this southwest-looking photograph of south-central Turkey and northwest Syria. The extensive Plain of Adana, a region that produces many varieties of cotton, is located northwest of the Gulf of Iskenderun (the roughly rectangular-shaped gulf near the center of the photograph) and is irrigated by the Seyhan River. Adana, the largest city in the region, can be seen midway between the Gulf of Iskenderun and the Taurus Mountains to the west, whose major peaks exceed 11 000 feet (3300 meters) above sea level. The Amanus Mountains form a barrier along the eastern flank of the Adana Plain, extending in a north-south orientation along the eastern shore of the Gulf of Iskenderun. East of the Amanus Mountains, the second major city of Syria, Aleppo, is set in a well-watered agricultural region, which can be identified by the darker, brownish areas. The lighter, circular features within the darker areas are small towns and villages. The coastlines of Syria, Lebanon, and Israel are visible along the eastern Mediterranean Sea. The small, strategically situated island of Cyprus can be seen off the Turkish and Syrian coasts.