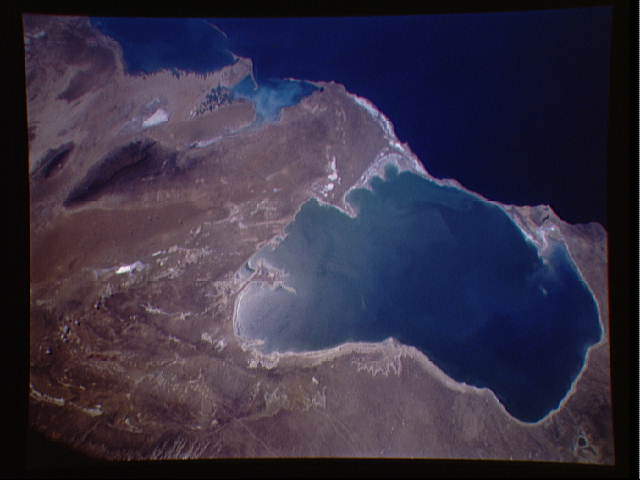 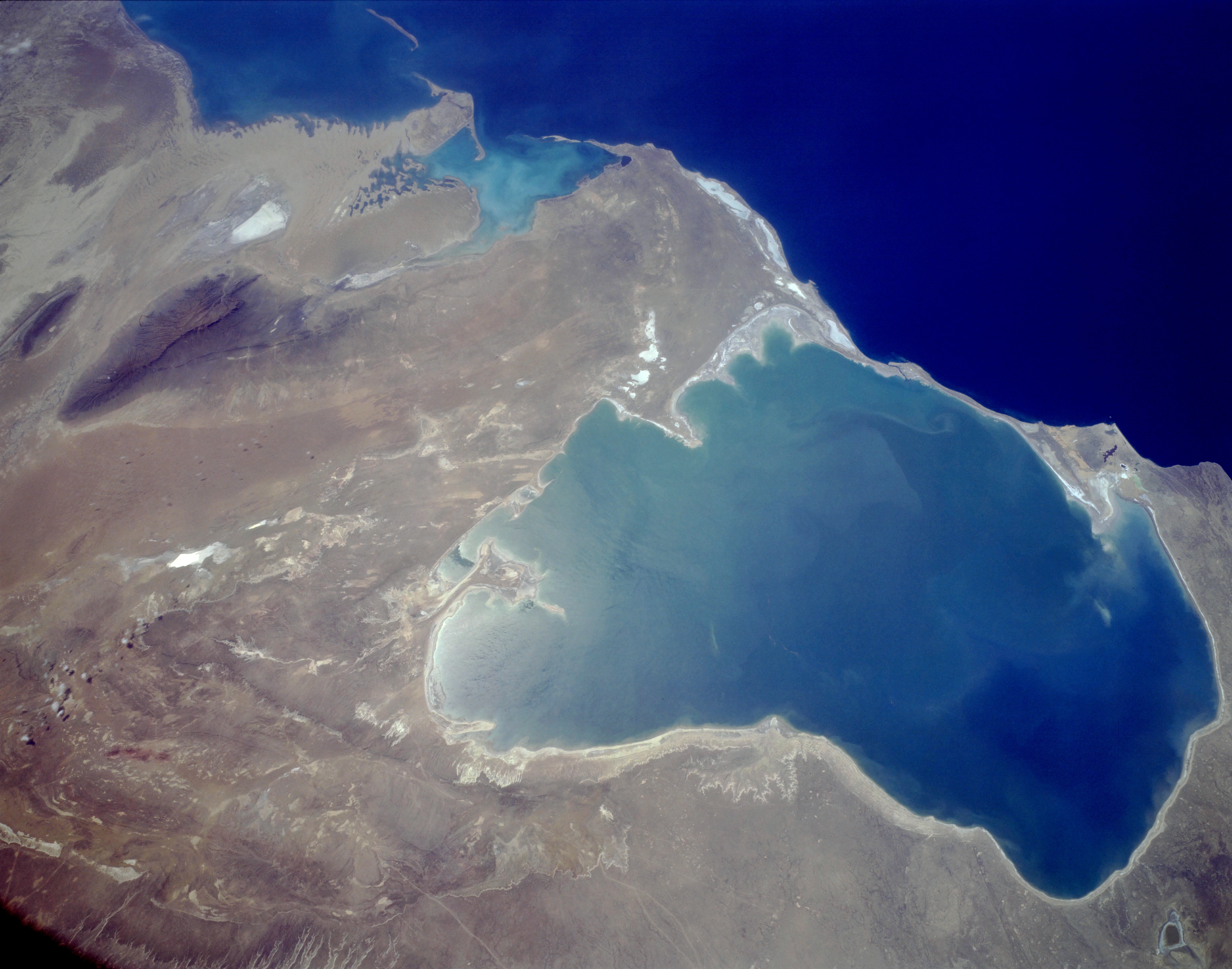 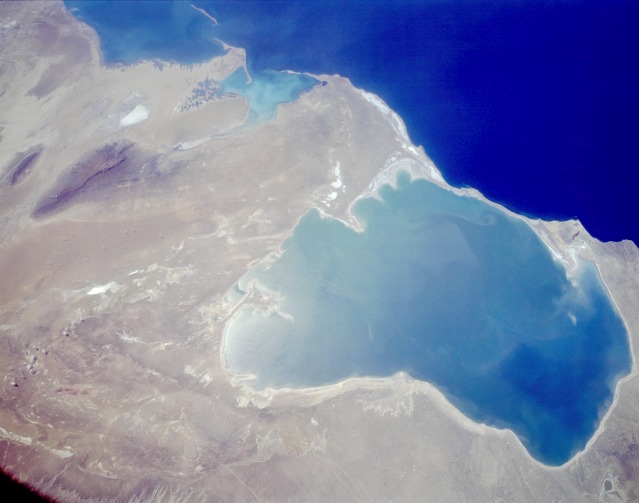 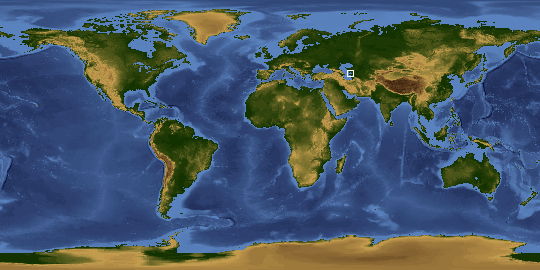 Other options available:
Download Packaged File
Download a Google Earth KML for this Image
View photo footprint information
Download a GeoTIFF for this photo
Image Caption: STS059-L06-048 Kara-Bogaz-Gol, Turkmenistan April 1994
The shallow bay of Kara-Bogaz-Gol located in western Turkmenistan can be seen in this low-oblique, south-southwest-looking photograph. As an arm of the Caspian Sea (dark blue water), the Kara-Bogaz-Gol acts as a natural evaporation basin, drawing water off the Caspian Sea and depositing salts along the bay shores. In 1979, a dike was built connecting the narrow strips of land on the west side of the bay (visible between the dark blue water of the Caspian Sea and the turquoise water of the bay). The bay is more than 100 miles (160 kilometers) long, is 85 miles (137 kilometers) wide, and covers approximately 7000 square miles (18 000 square kilometers). The average elevation of the Caspian Sea is 92 feet (28 meters) below sea level, whereas the average elevation of the Kara-Bogaz-Gol is 102 feet (31 meters) below sea level. When water levels drop in the Caspian Sea, as happened in the 1980s, the bay has less standing water in its shallow basin than is shown in this photograph. Other features discernible in the photograph include the western escarpment of the Ustyurt Plateau (between the brown and light tan) on the eastern shore of the bay, Krasnovodsk Bay south of the bay, and the dark forest-covered Balkhan Mountains south of the bay and east of Krasnovodsk Bay.