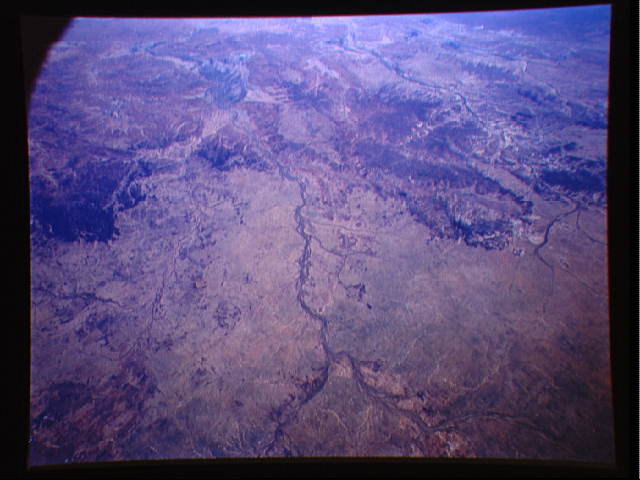 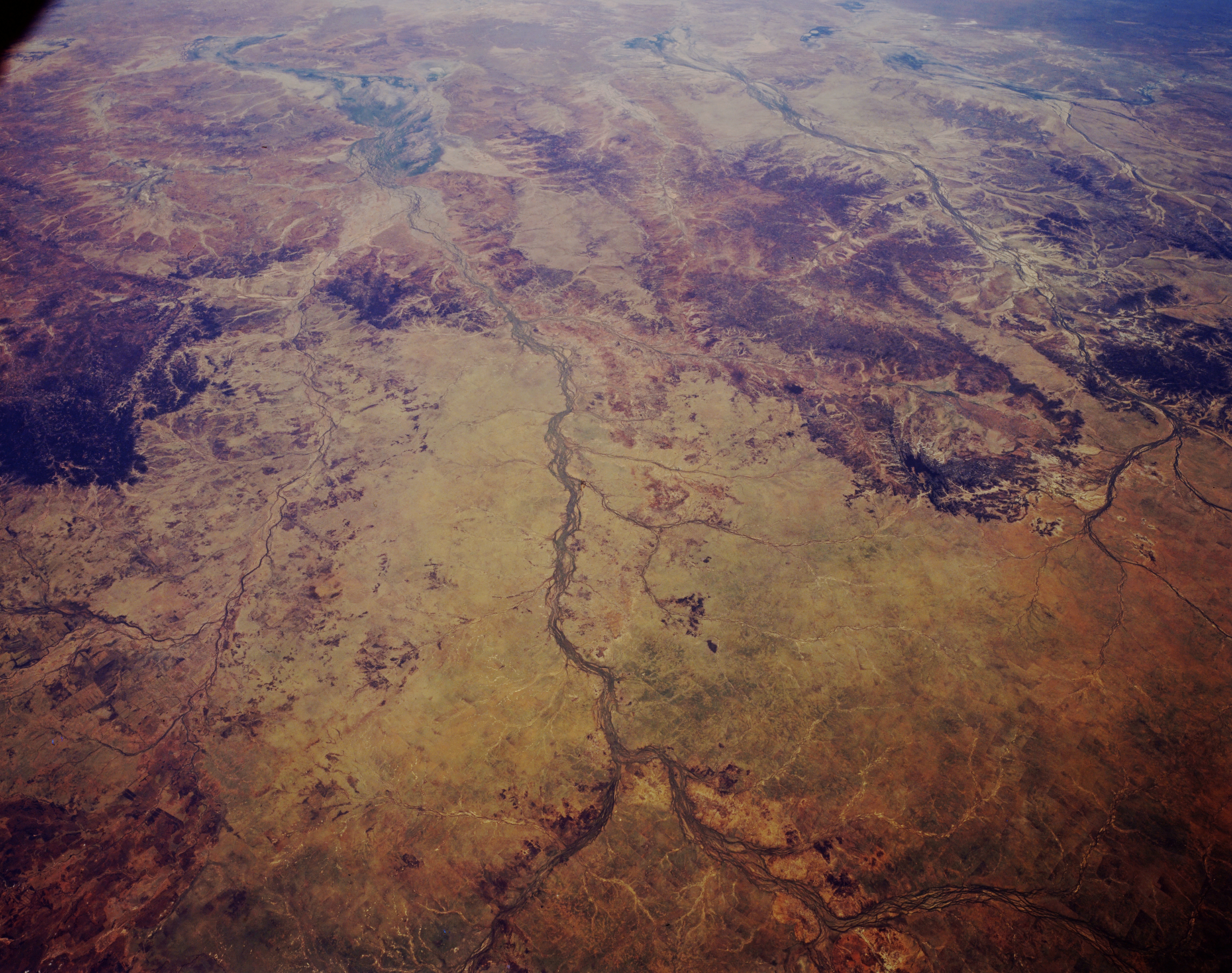 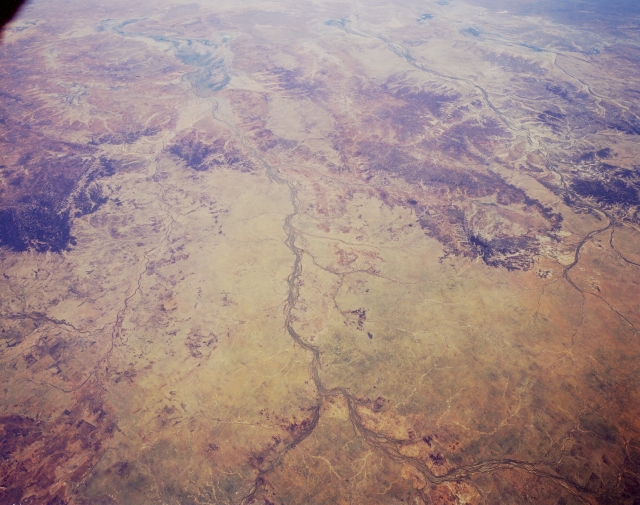 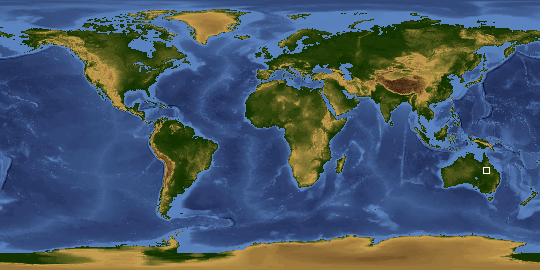 Other options available:
Download Packaged File
Download a Google Earth KML for this Image
View photo footprint information
Image Caption: STS059-L06-010 Thompson River Basin, Queensland, Australia April 1994
Two large ephemeral drainage systems (Thomson River at center and Diamantina River at upper right) can be traced across the semiarid central Queensland landscape in this southwest-looking view. Both rivers drain southwestward in this section of the Great Artesian Basin. The Outback (bottom half of image) is made up of gently rolling hills but mainly flat prairie grasslands. Farther southwest, the landscape is dramatically eroded, almost giving the upper half of the picture a three dimensional quality. The confluence of the Thompson River and Aramac Creek is visible near the bottom center of the image. Darker areas near the top of the image are river floodplains that can broaden considerably and become ephemeral lagoons during wet periods. The Barcoo River, another ephemeral drainage basin, can also be seen parallel to and east of the Thomson River.