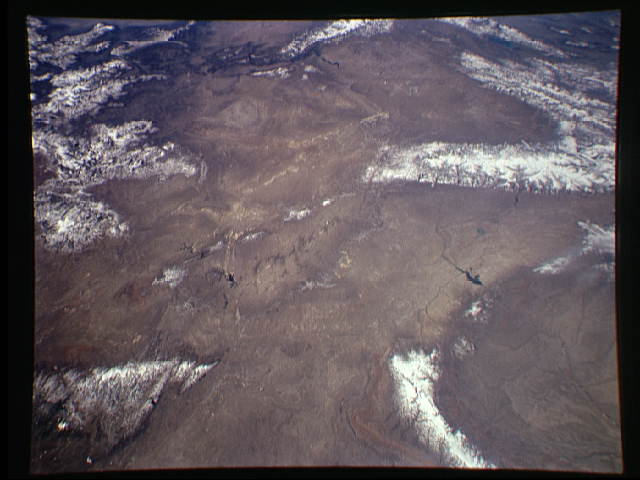 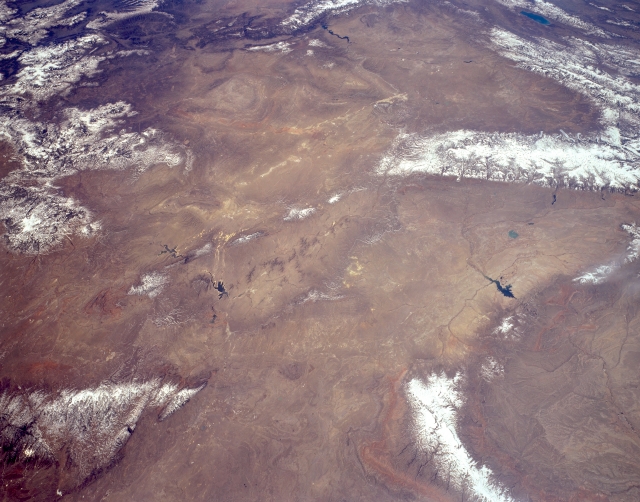 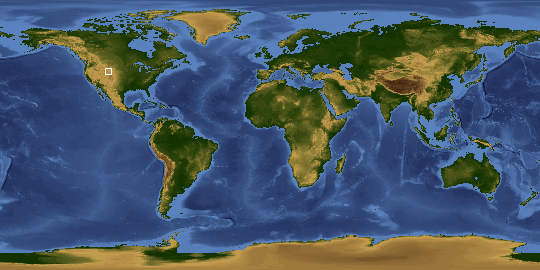 Other options available:
Download Packaged File
Download a Google Earth KML for this Image
View photo footprint information
Download a GeoTIFF for this photo
Image Caption: STS059-L03-098 The Great Divide Basin, Wyoming, U.S.A. April 1994
The Great Divide Basin of southwestern Wyoming, covering 3500 square miles (9065 square kilometers), is featured in this southwest-looking, low-oblique, panoramic photograph. The arid, windy center of the basin--sometimes called the Red Desert Basin because of its red soil and sand dunes--contains sand dunes and saline lakebeds. The basin, topographically closed with little precipitation, would probably contain a large lake in its center if it were in an area of high precipitation. In the 1880s the basin was considered the easiest route for westward settlers to use across the Rocky Mountains; today it is one of the most important pronghorn antelope ranges in the state. Visible are the snow-covered Laramie Mountains (bottom left) and, to their north-northwest, the Bighorn Mountains and the southern portion of the Bighorn Basin. Viewing southwest from the Boysen Reservoir just south of Bighorn Basin are the Wind River Range, the Wyoming Range, the Salt River Range, and Bear Lake (barely discernible). Apparent are the eastern extension of the Uinta Mountains of northern Utah (top center) and the northern portions of the Sierra Madre and Medicine Bow Mountains (left center).