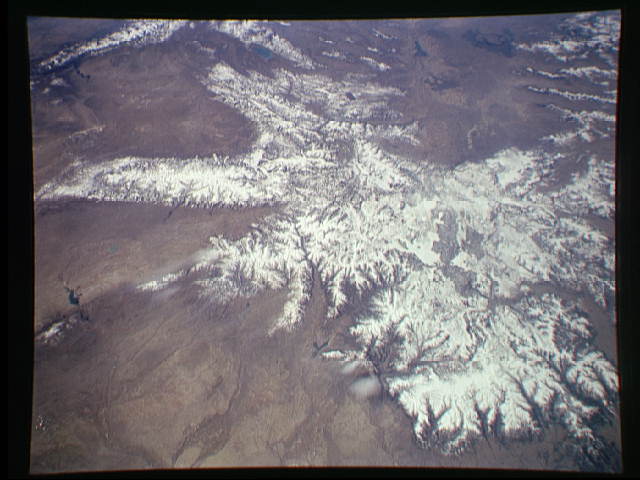 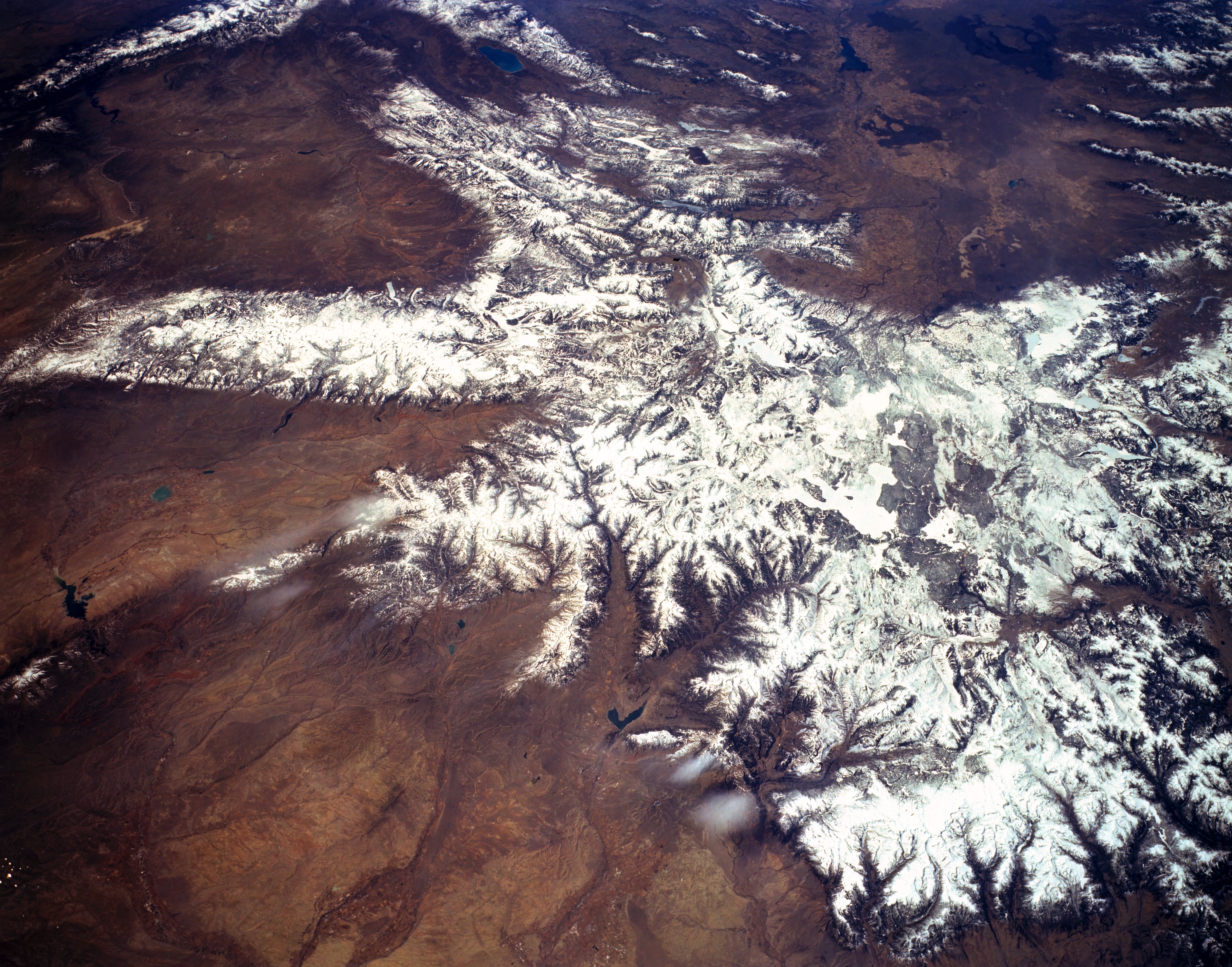 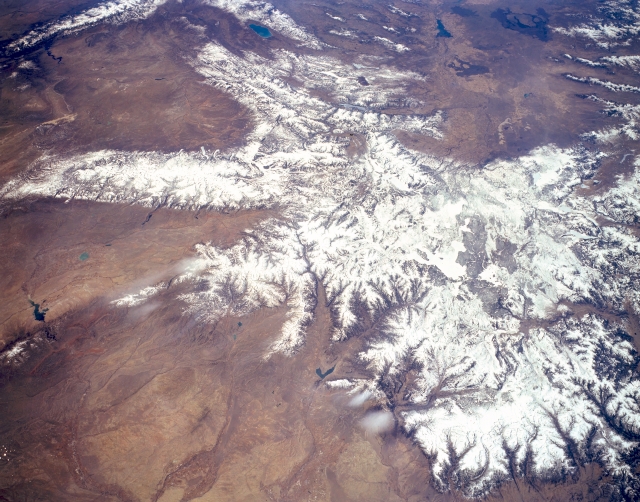 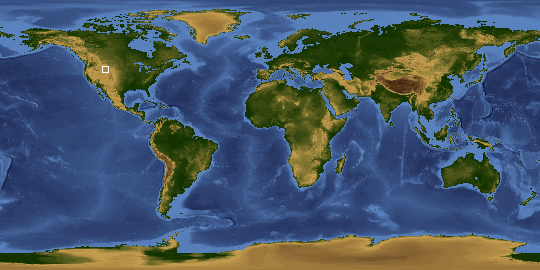 Other options available:
Download Packaged File
Download a Google Earth KML for this Image
View photo footprint information
Image Caption: STS059-L03-096 Northwestern Wyoming, U.S.A. April 1994
The high country of Yellowstone National Park and surrounding countryside are featured in this panoramic, southwest-looking, low-oblique photograph. Prominent features include the Bighorn Basin (bottom left); to its west, the Absaroka Mountains; and to their west, Yellowstone Lake, covered with snow and ice (barely discernible). Apparent south-southeast of the lake are the long, snow-covered Wind River Range with the western portion of the Great Divide Basin to the south and west; Boysen Reservoir (left side); and the Bridger Mountains immediately northeast of the reservoir. South of the lake are the east-west-trending Uinta Mountains of northern Utah and Flaming Gorge Reservoir (top left); to the northwest are Bear Lake and the Bear River Range of southeastern Idaho; and to the northeast are the Wyoming and Salt River Ranges. Discernible to the far west in the Snake River Plain of eastern Idaho are American Falls Reservoir and the Craters of the Moon National Monument (upper right quarter).