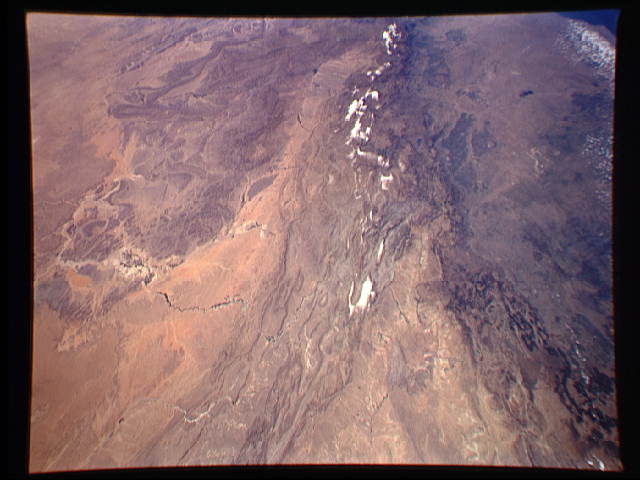 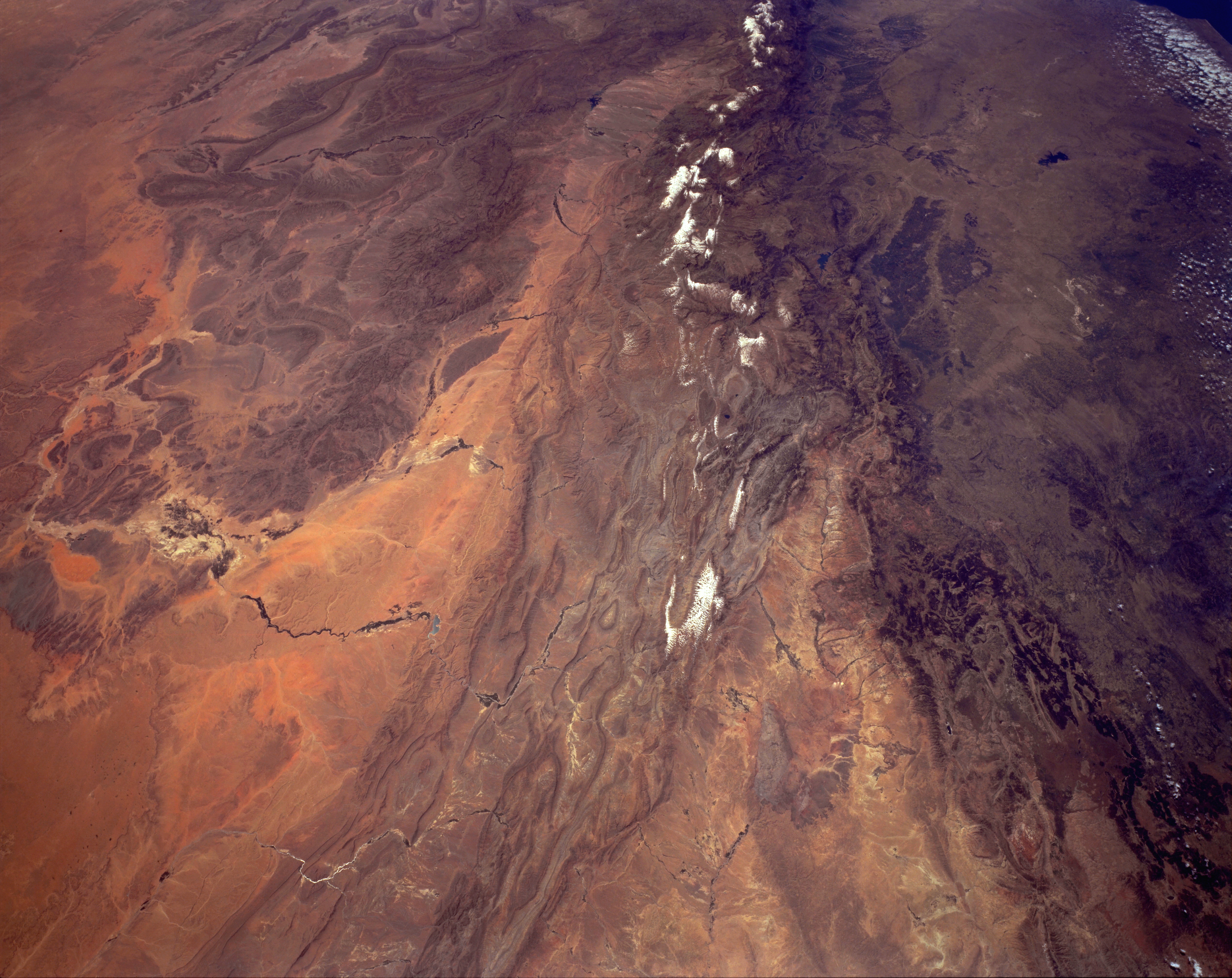 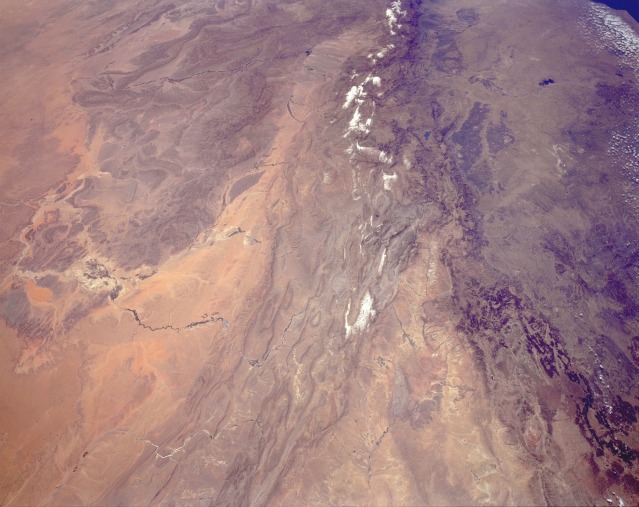 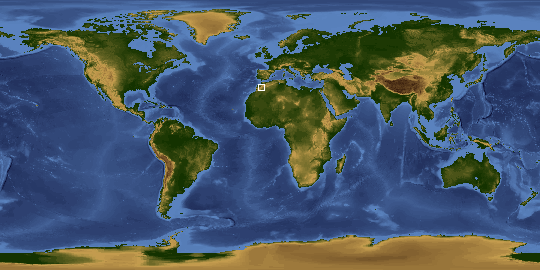 Other options available:
Download Packaged File
Download a Google Earth KML for this Image
View photo footprint information
Image Caption: STS059-L03-002 The Atlas Mountains, Morocco April 1994
Portions of the Atlas Mountains of central Morocco are captured in this low-oblique, southwest-looking photograph. Snow covers the higher peaks of the mountains, which have an average elevation of approximately 10 000 feet (3050 meters). The northern and western flanks are covered with oak, walnut, pine, and cedar forests. Numerous irrigated agricultural regions (dark green) are apparent west and northwest of the mountains. West of the irrigated areas, the Oum er Rbia River Reservoir (dark blue) can be seen. The Moulouya River Valley lies between the high and the middle Atlas ranges (northeast portion of the photograph). South of the snow-covered peaks of the high ranges are the folded ranges of the barren, rocky Anti-Atlas Mountains that have an average elevation of 3500 feet (1070 meters) and numerous small gullies and canyons. Many irrigated river valleys between the two ranges are visible--among them, a small turquoise reservoir in the Ziz River Valley. Because the Atlas Mountains were born of the same global convulsions that formed the Alps and the Himalayas, geologically they are more European than African. Atlas, the European name for the mountains, reflects the ancient Greeks' belief that this was the home of the god Atlas. In Arabic, the system is called the "Island of the West" because it is an "island" of relative fertility in a desert region.