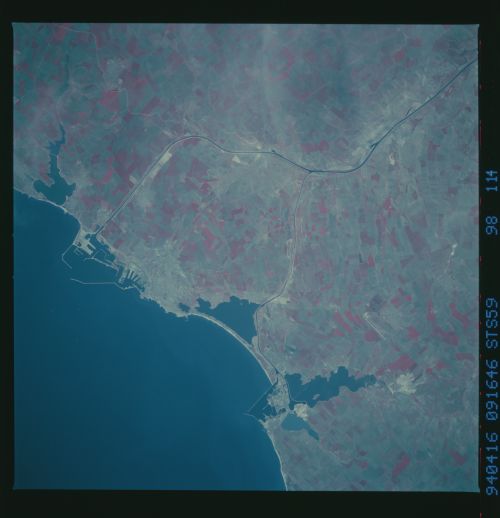 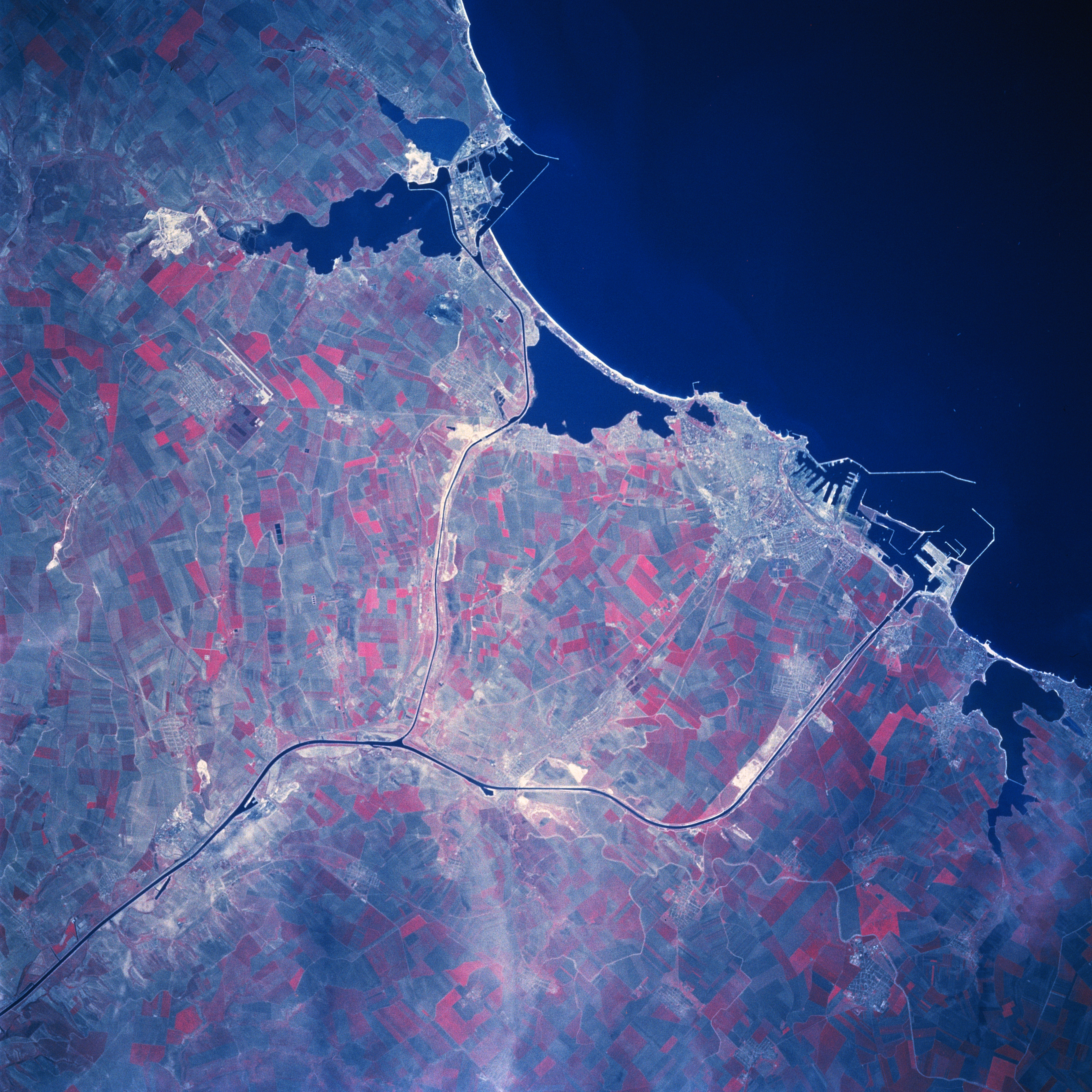 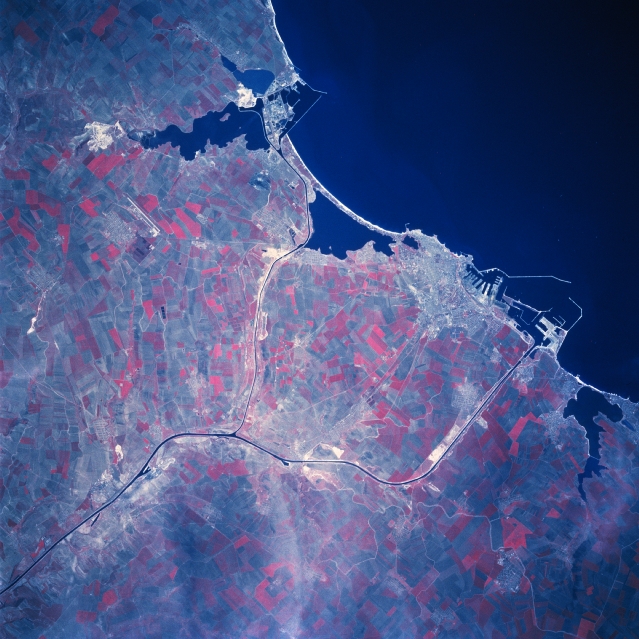 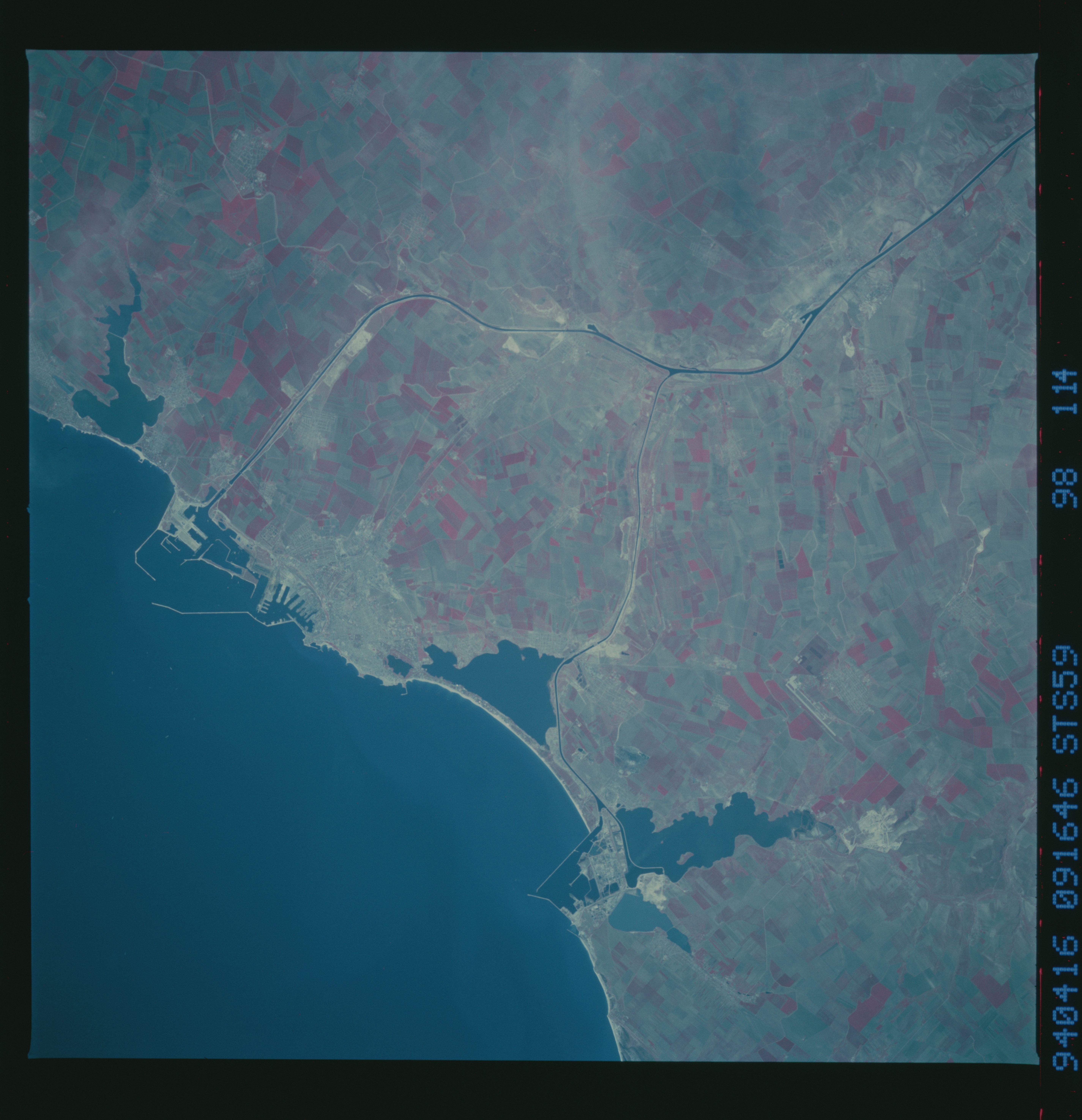 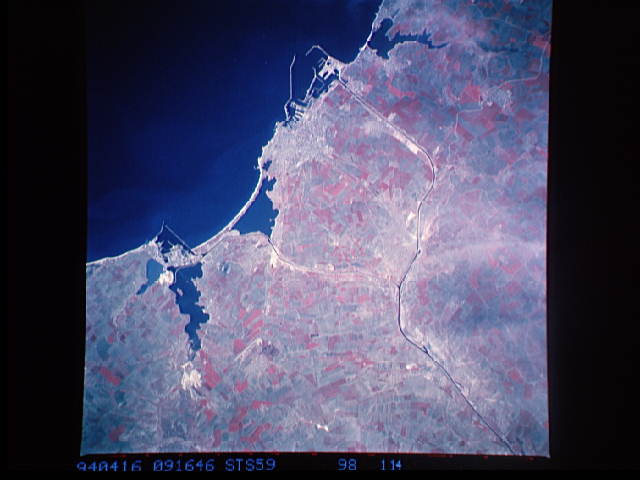 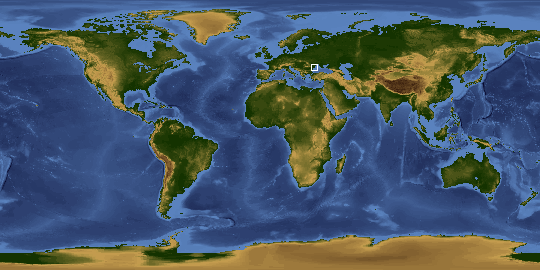 Other options available:
Download Packaged File
Download a Google Earth KML for this Image
View photo footprint information
Download a GeoTIFF for this photo
Image Caption: STS059-098-114 Constanta Area, Romania April 1994
The Romanian port city, Constanta (1989 estimated population over 300000 people), is located along the southeast coast of Romania. Much of the infrastructure of the harbor facilities (various dikes, piers, and docks) can be seen outlined against the deep blue water of the western Black Sea. The irregular-shaped, dark features adjacent to the coast are lakes. The thin, dark lines that cross the coastal plain in this part of Romania are part of the Danube - Black Sea Canal. The canal was constructed during the last half of the 1900's to reduce (by approximately 140 miles - 225 km) the distance that shipping must travel on the Danube River to reach the Black Sea. The canal network is divided into a north canal that serves the port city of Navordari, while the main canal passes immediately south of Constanta. The coastal areas north and especially south of Constanta have fine, sandy beaches with a variety of resorts ranging from deluxe villas to campsites. The large, angular, reddish-looking (green vegetation is portrayed as shades of red on color infrared images) cultivated fields west and southwest of Constanta show extensive farming on the coastal plains of southeastern Romania.