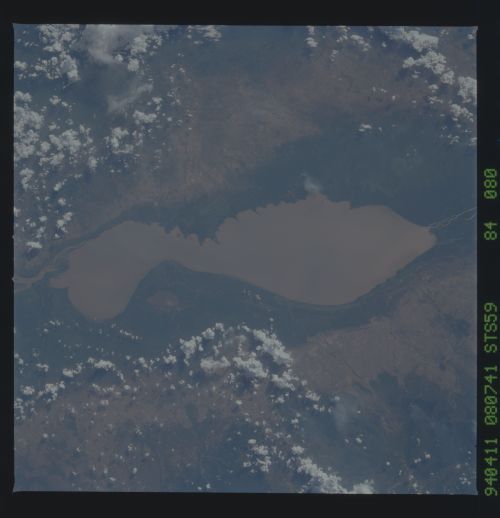 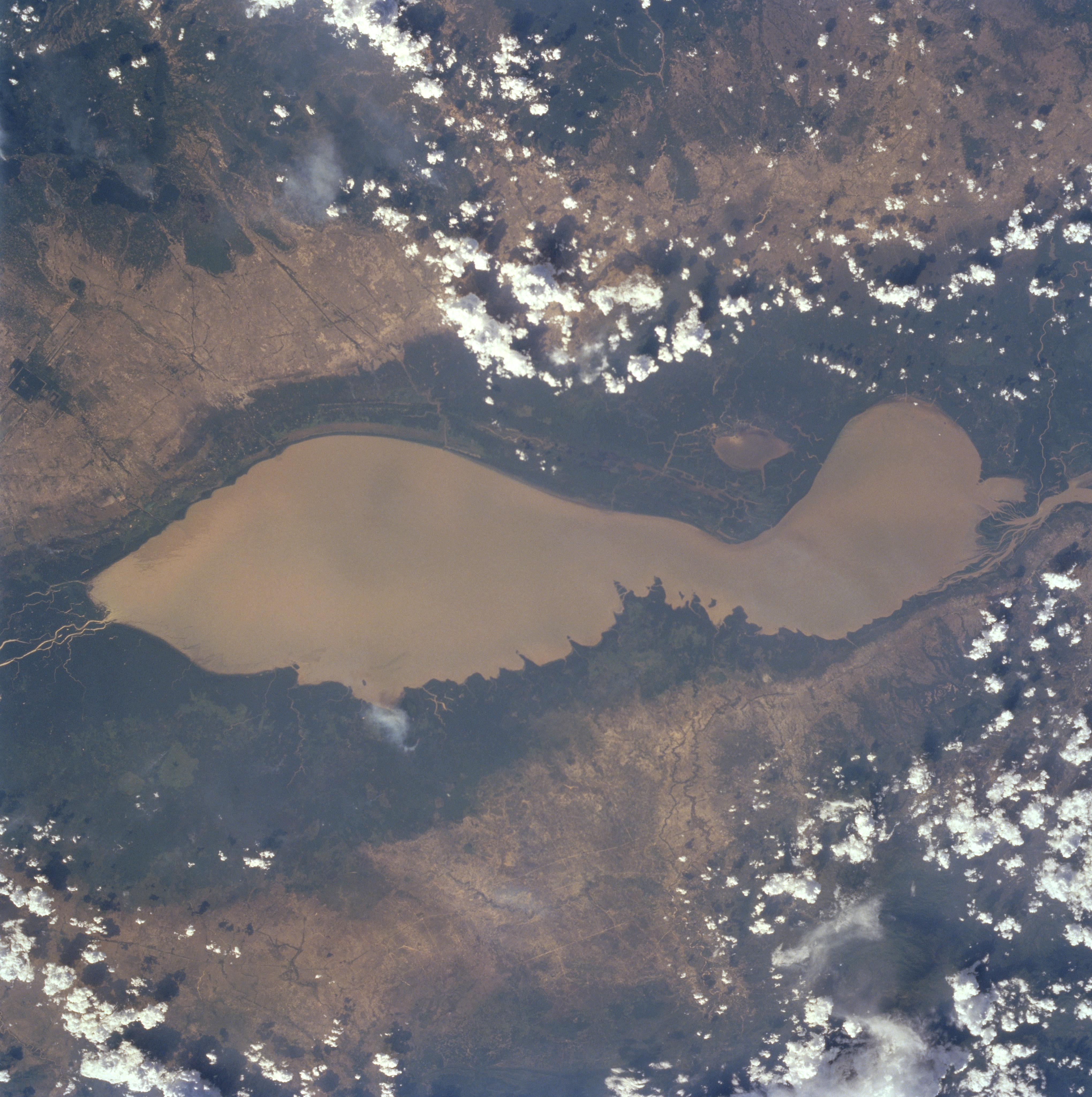 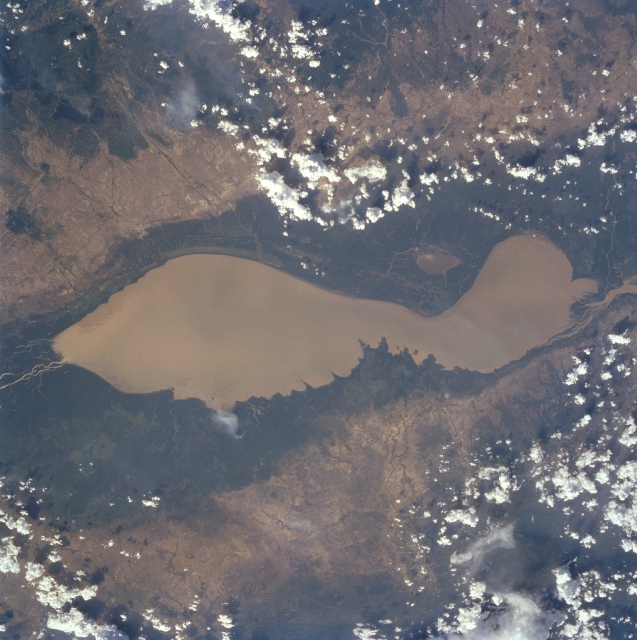 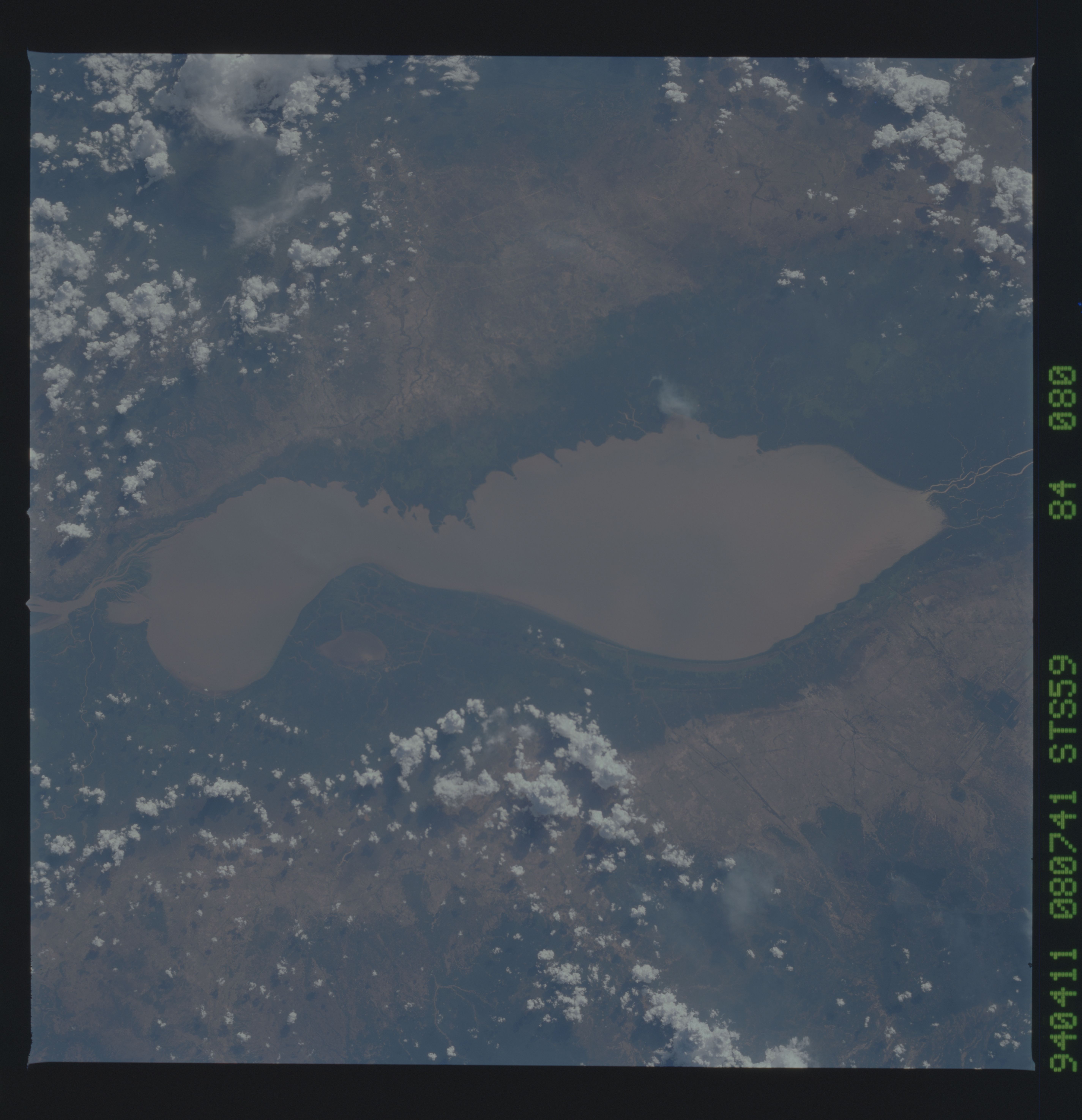 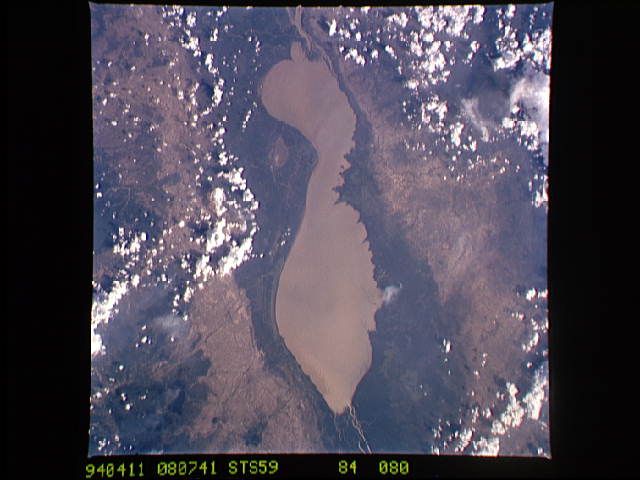 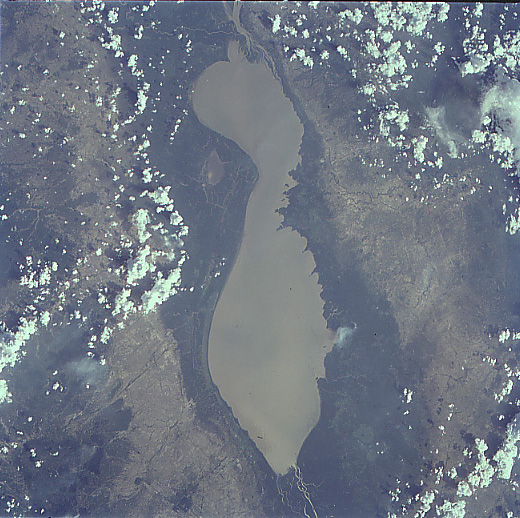 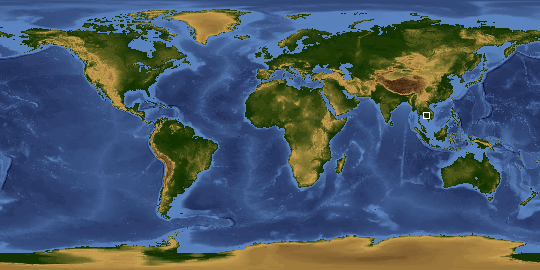 Other options available:
Download Packaged File
Download a Google Earth KML for this Image
View photo footprint information
Image Caption: STS059-084-080 Tonle Sap, Cambodia April 1994
The Tonle Sap (also know as the Great Lake) occupies a depression in the Cambodian Plain and is a shallow silt-laden lake. It is the largest lake in Southeast Asia and is fed by many streams. The Tonle Sap is drained by the Tonle Sab River (upper center), which flows south-southeast to the Mekong River (not visible on the image). The river connecting the Tonle Sap with the Mekong creates a unique phenomenon not known in any other part of the world: reversing its direction of flow twice a year. For most of the time, the Tonle Sab River flows from the lake to the Mekong River near the capital city of Phnom Penh. However, during the Southeast Asian monsoon season from June to November, when the Mekong drains large areas of Southeast Asia, the Tonle Sab flows from the Mekong back into the Tonle Sap. During the monsoon season, the Tonle Sap increases from 1000 sq. miles (2600 sq. km) to near 4020 sq. miles (10400 sq. km) raising the lake level 30 feet (9 meters), causing enormous floods in the region surrounding the lake.