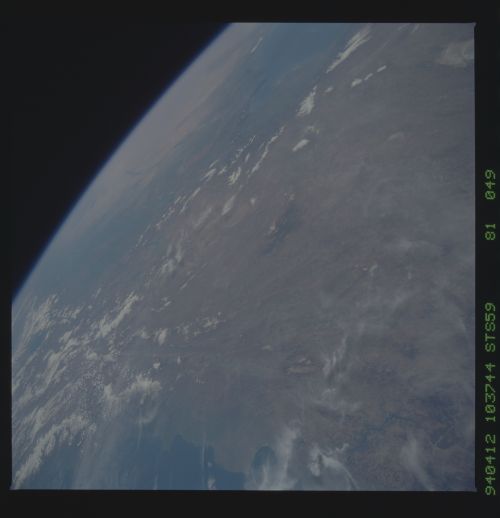 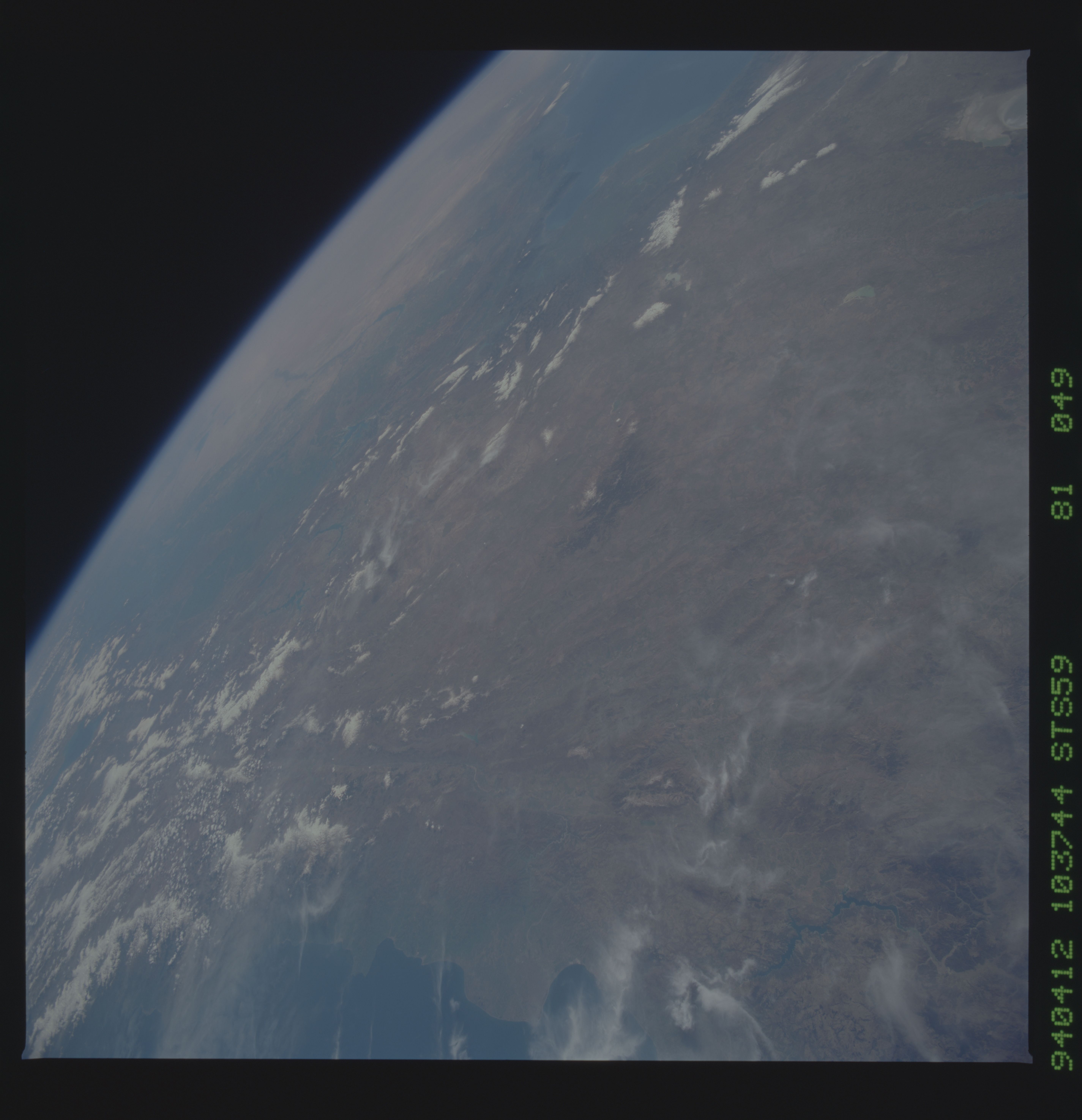 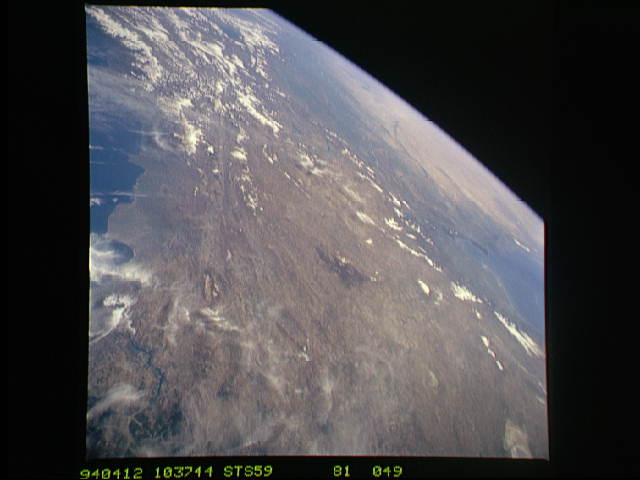 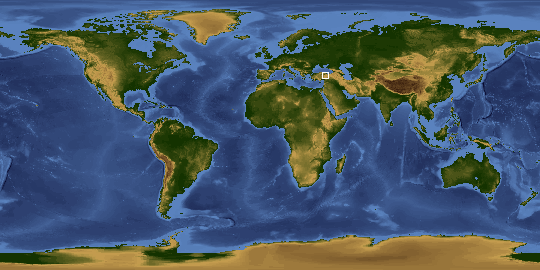 Other options available:
Download Packaged File
Download a Google Earth KML for this Image
View photo footprint information
Image Caption: STS059-81-49 Turkey This panoramic view of Turkey extends from central
(just east of Ankara) to eastern Turkey. The nearly linear Anatolian
fault (1) spreads eastward through the Pontus Mountains along the
Black Sea (2) coast. Lake Van (3) is seen at the top of the photo in
eastern Turkey. At the foot of the Taurus Mountains (4) is a barren
plateau drained by the Tigris and Euphrates (5) rivers. An extension
of the Levant Fault (6) runs nearly along the Turkey and Syrian
Boarder inland from the Mediterranean (7) coast.