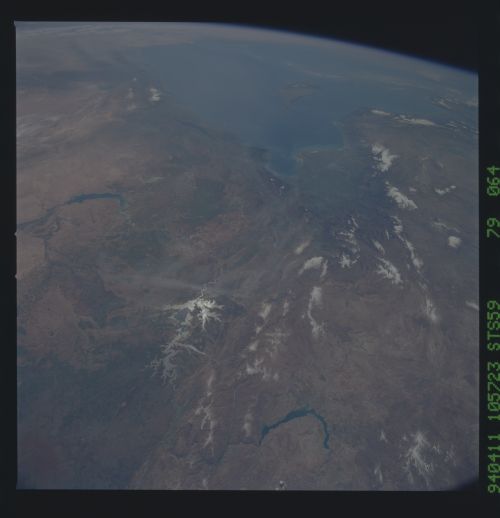 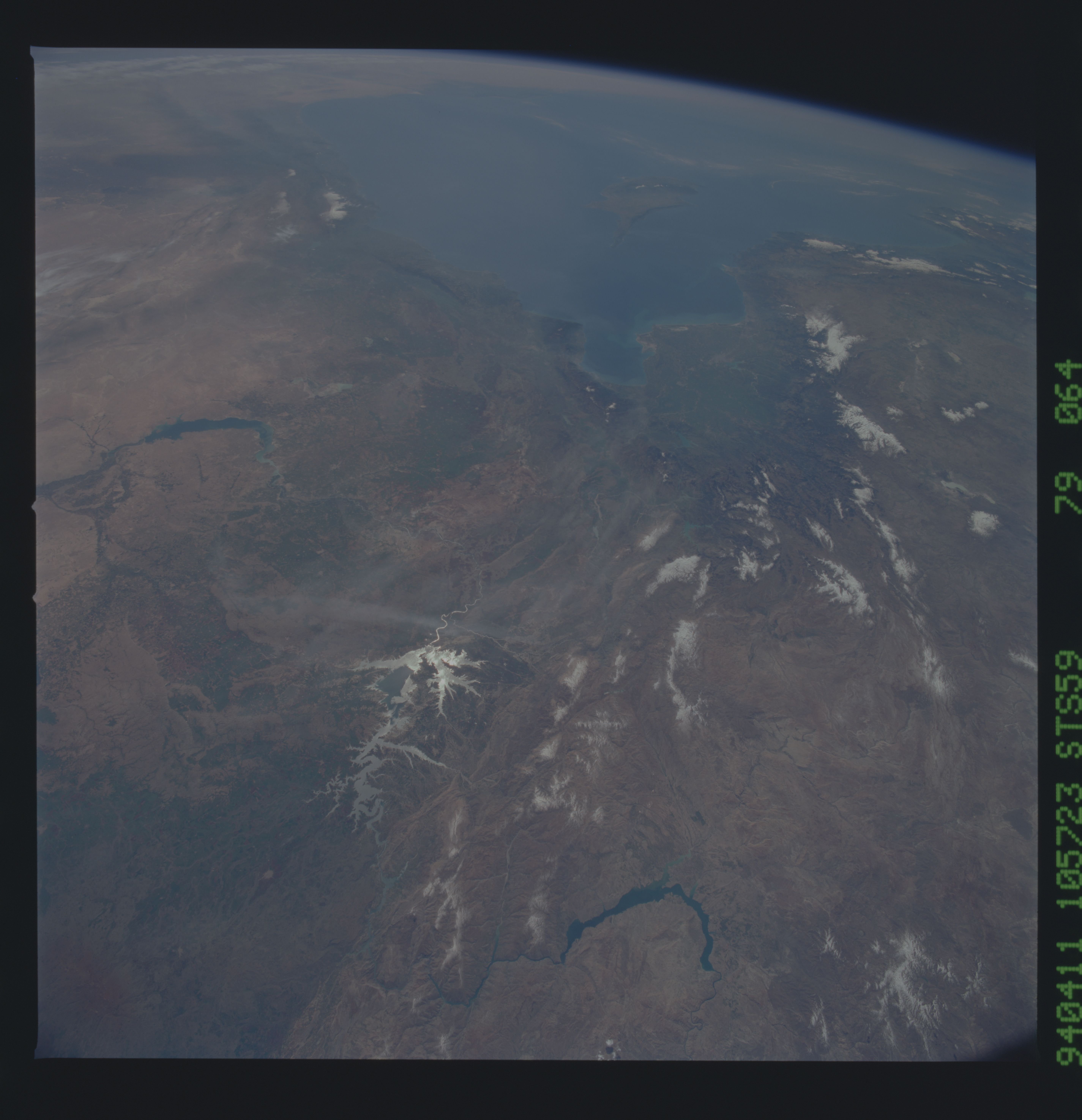 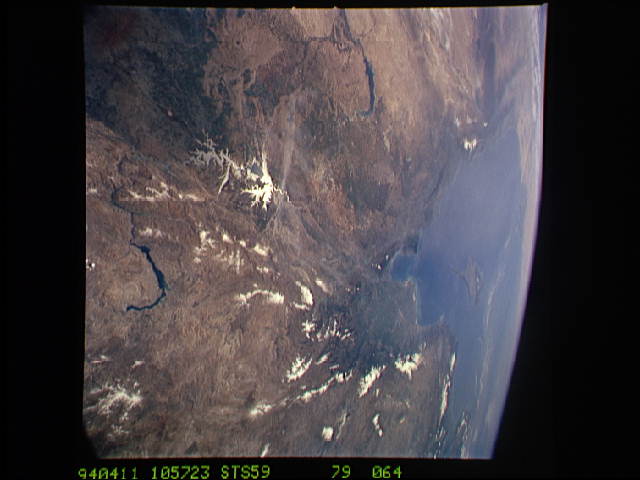 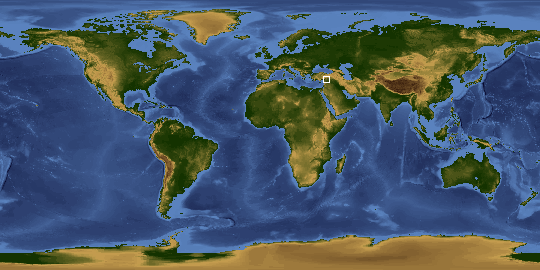 This southwest-looking view shows the two large manmade lakes on the
upper Euphrates River in central Turkey (bottom, and center in glint).
The Dead Sea Rift (continuation of the Red Sea and East African Rifts)
trends N-S near to, and parallel with the Mediterranean coast. With
associated faults and volcanoes, the Rift continues into southern
Turkey where it angles northeast (from center of view to bottom left
corner). The third lake on the Euphrates (left) is part of Syria's
major irrigation project. Cyprus appears top center and the African
coast across the top of view.