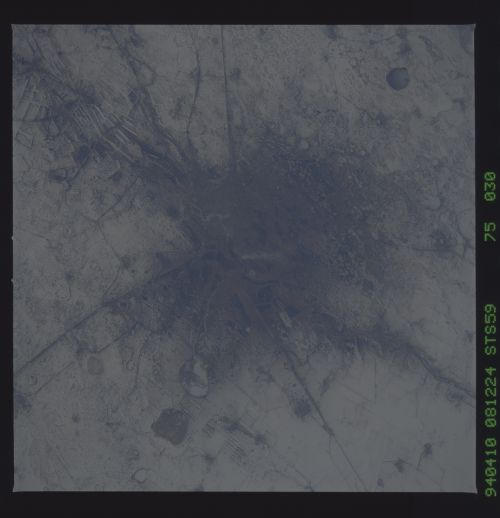 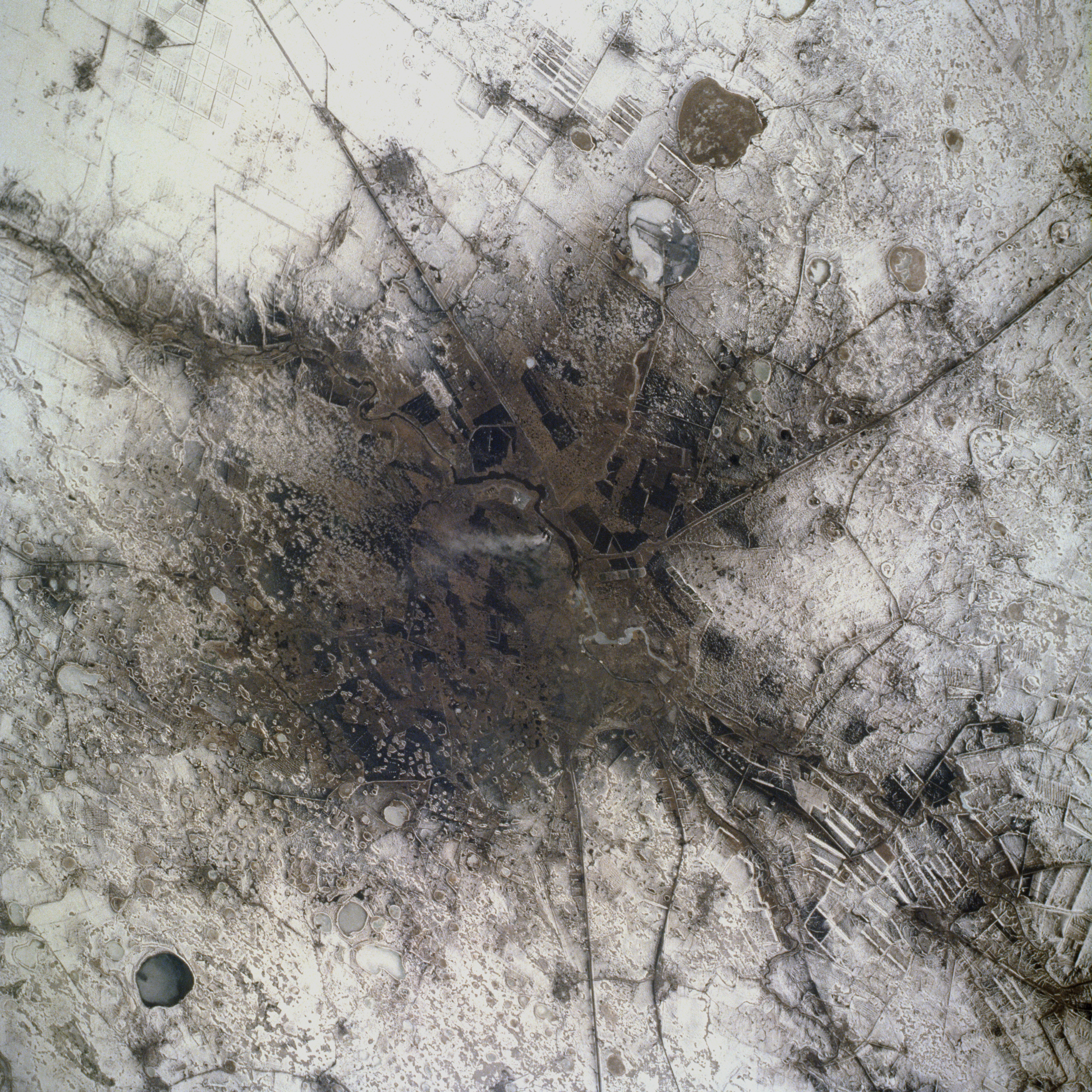 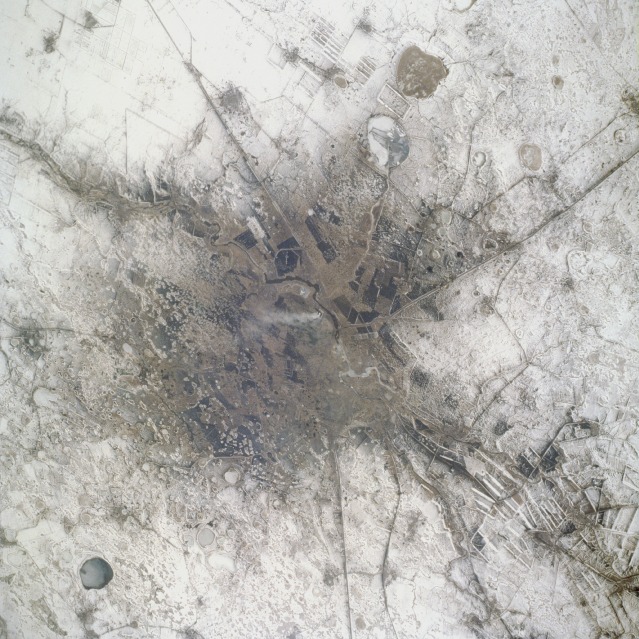 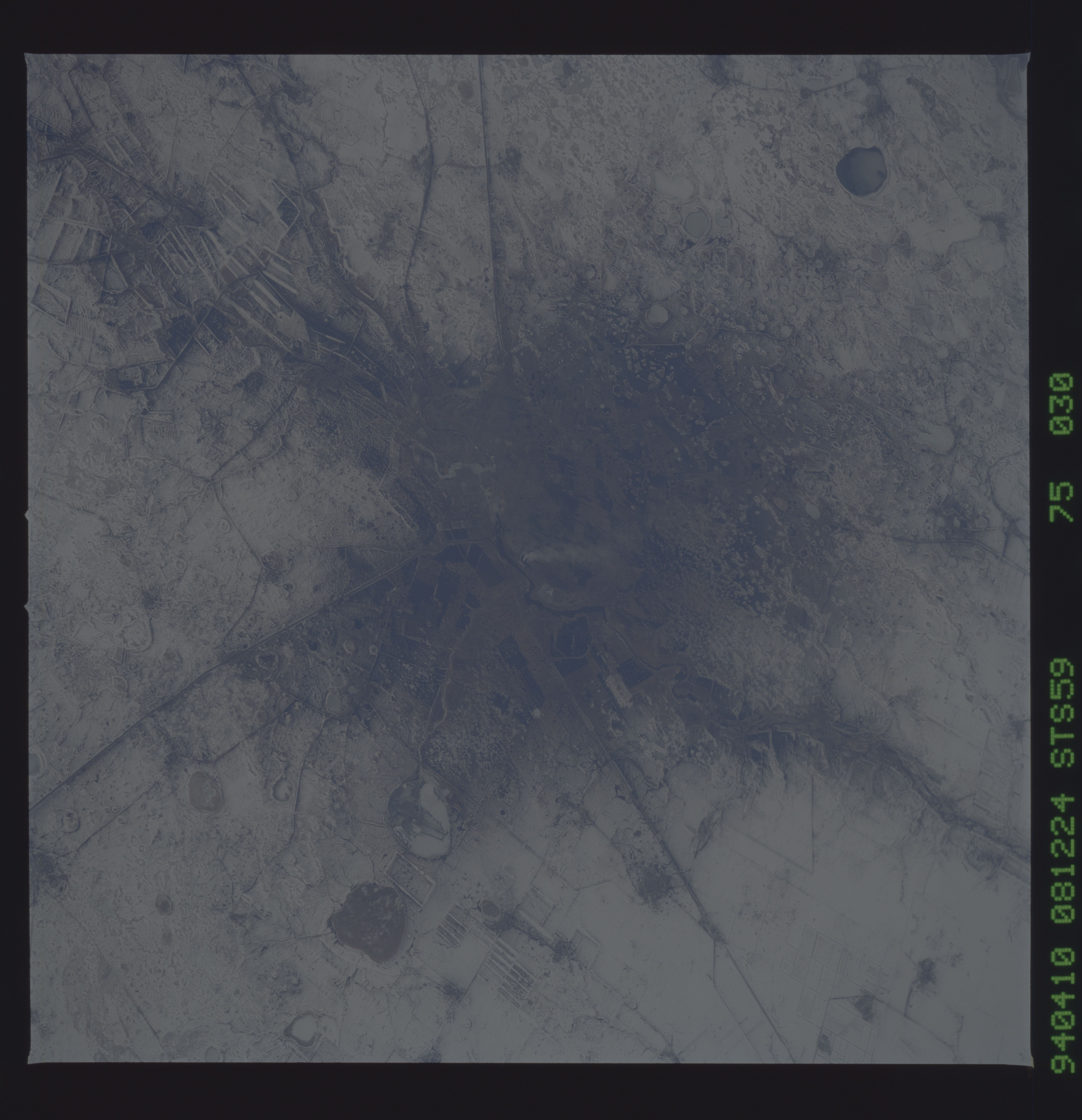 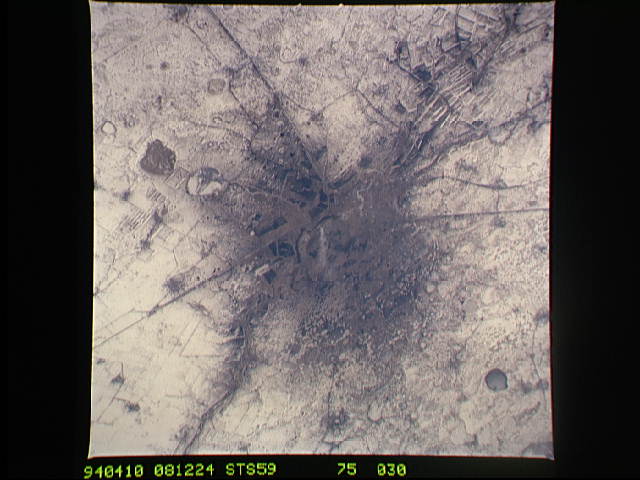 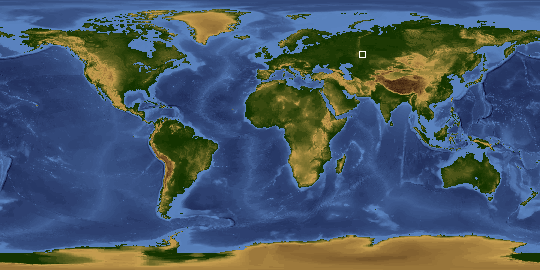 Other options available:
Download Packaged File
Download a Google Earth KML for this Image
View photo footprint information
Image Caption: STS059-075-030 Troitsk, Russia April 1994
Troitsk is a relatively small city (1990 population estimated at 90 000) located on a tributary of the upper Tobol River approximately 70 miles (110 kilometers) south of Chelyabinsk. Troitsk serves as a railroad junction and a supply and trading center for the southern Ural Mountains mining district. The Russia-Kazakhstan border is immediately south of Troitsk (and is included in this photograph). Several large, cultivated field patterns (elongated, rectangular shapes) are visible through the snow-covered landscape. Because the fields are large, it can be inferred that they are probably planted with spring wheat. Numerous circular, frozen lakes are scattered throughout the countryside around Troitsk. Some of the darker areas in this photograph show the results of burning fossil fuels, both in the city and in parts of the surrounding areas. A single smoke plume rises in the center of the scene.