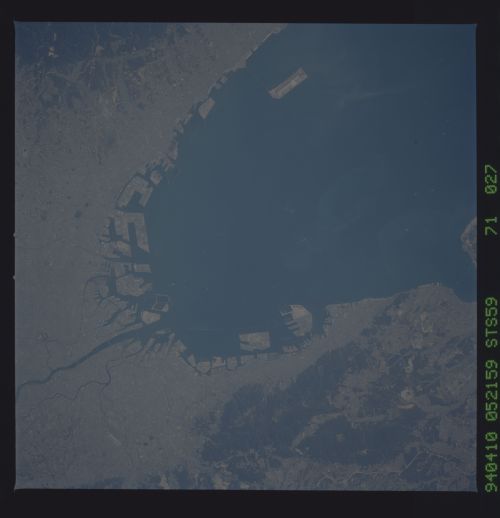 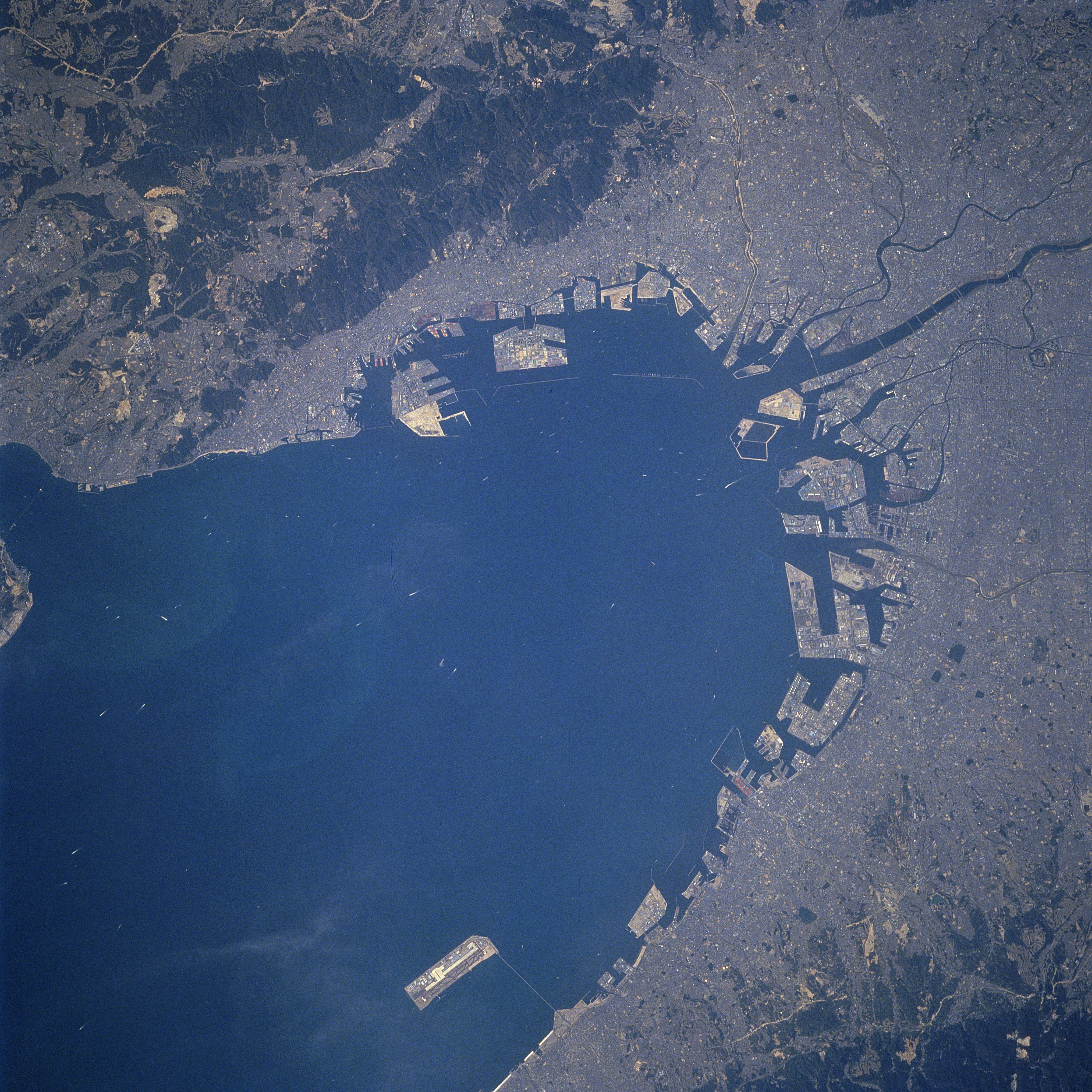 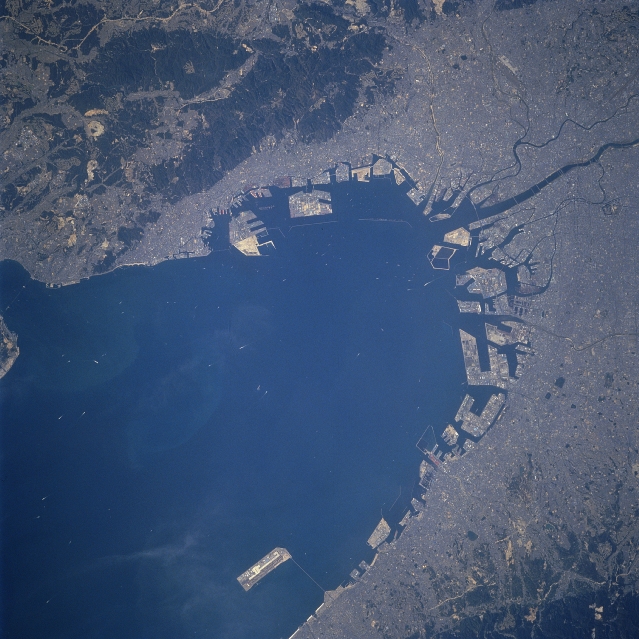 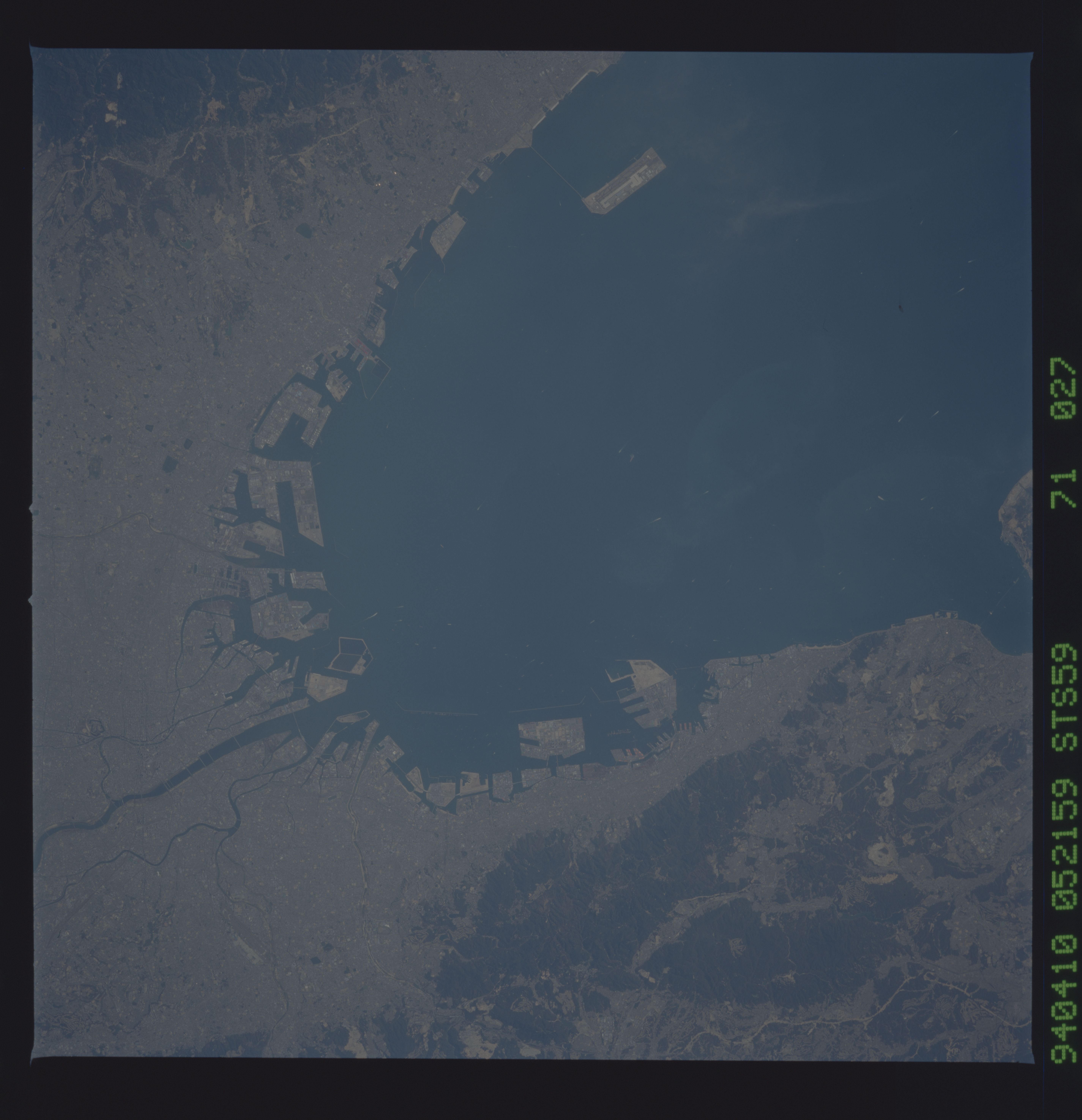 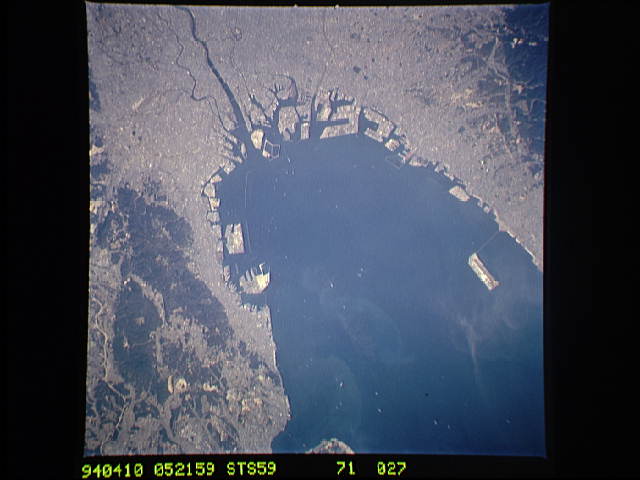 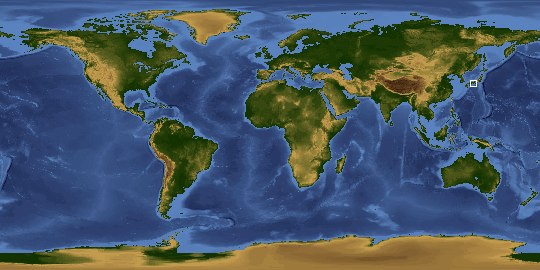 Other options available:
Download Packaged File
Download a Google Earth KML for this Image
View photo footprint information
Image Caption: STS059-071-027 Osaka/Kobi Area, Honshu, Japan April 1994
The location of the complex and extensive port and harbor facilities that handles cargo (containerized and other) from ocean going ships is apparent in this detailed view of Osaka and Kobe. These two port cities plus other urban areas that are integrated into one large metroplex are located along the northeast end of the Osaka Bay at the eastern end of Japan's Inland Sea. The two manmade islands (results of land reclamation projects-slightly above center) along the north edge of Osaka Bay are part of the modern Kobe port facilities, known as the Port Island Terminal (westernmost large island, part of the island still being constructed) and the roughly rectangular-shaped island immediately northeast of Port Island Terminal is Rokko Island Terminal. Many large manmade islands (shipping and receiving terminals) located along the east coast of Osaka Bay form the Port of Osaka, considered to be one of the foremost international ports of Japan. A causeway bridge connects Kansai International Airport (light-colored rectangular island) with the mainland. This bridge has also been constructed on reclaimed land and can be seen near the bottom center of the image. Several river channels (dark, linear, winding features), including the wide Yodo River (note the many bridges that cross the Yodo River), can be traced through the city of Osaka. The dark landscapes are low, forested mountains.