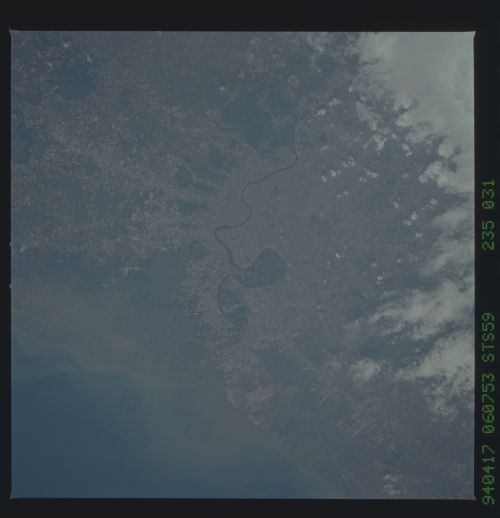 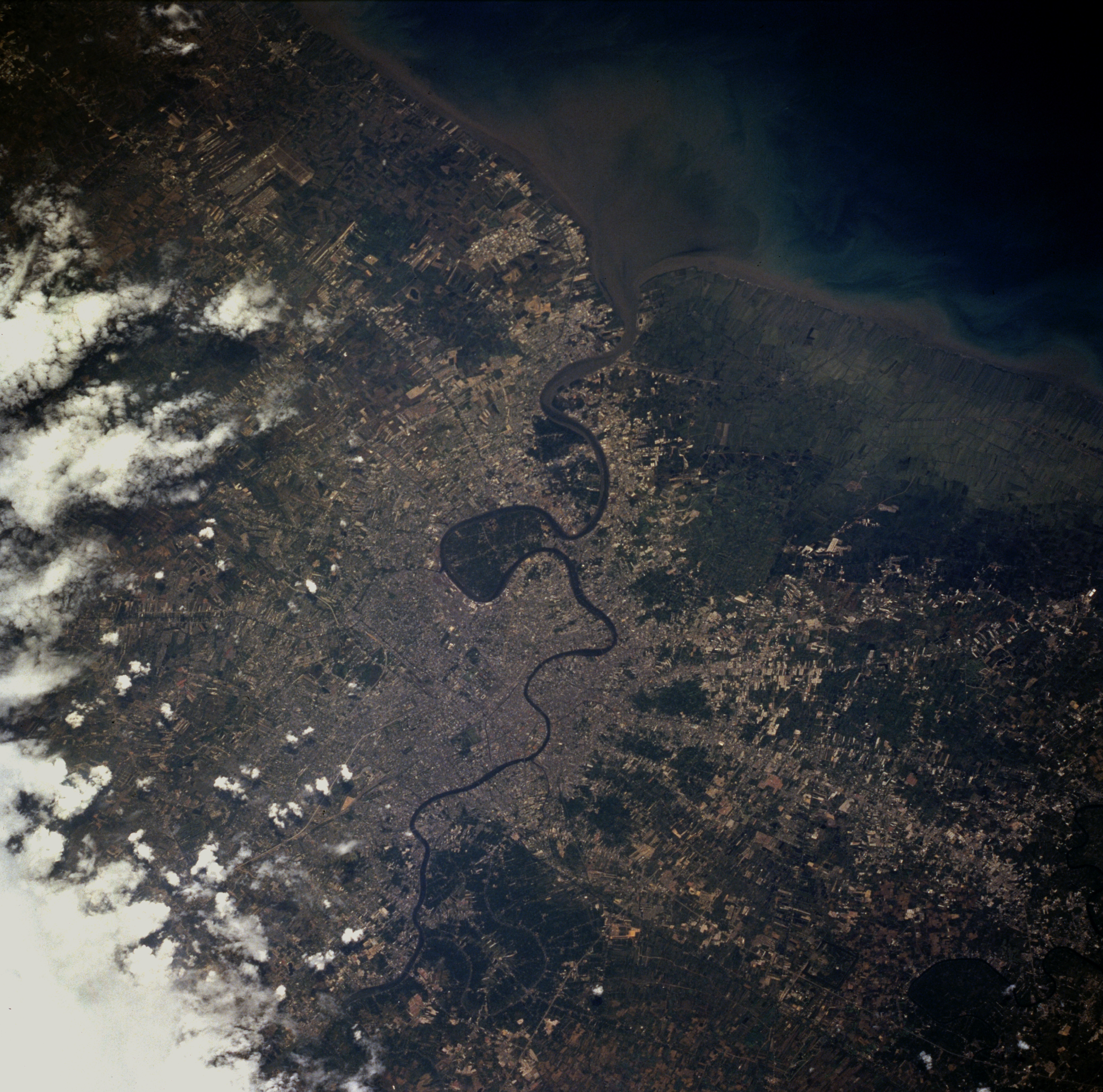 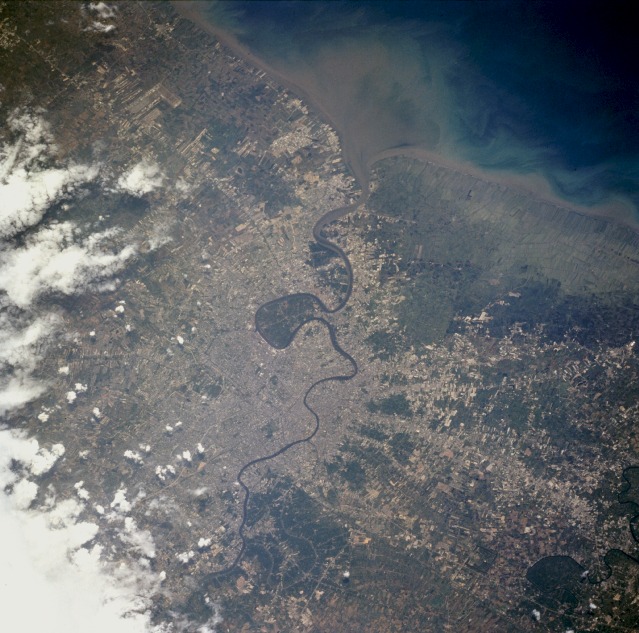 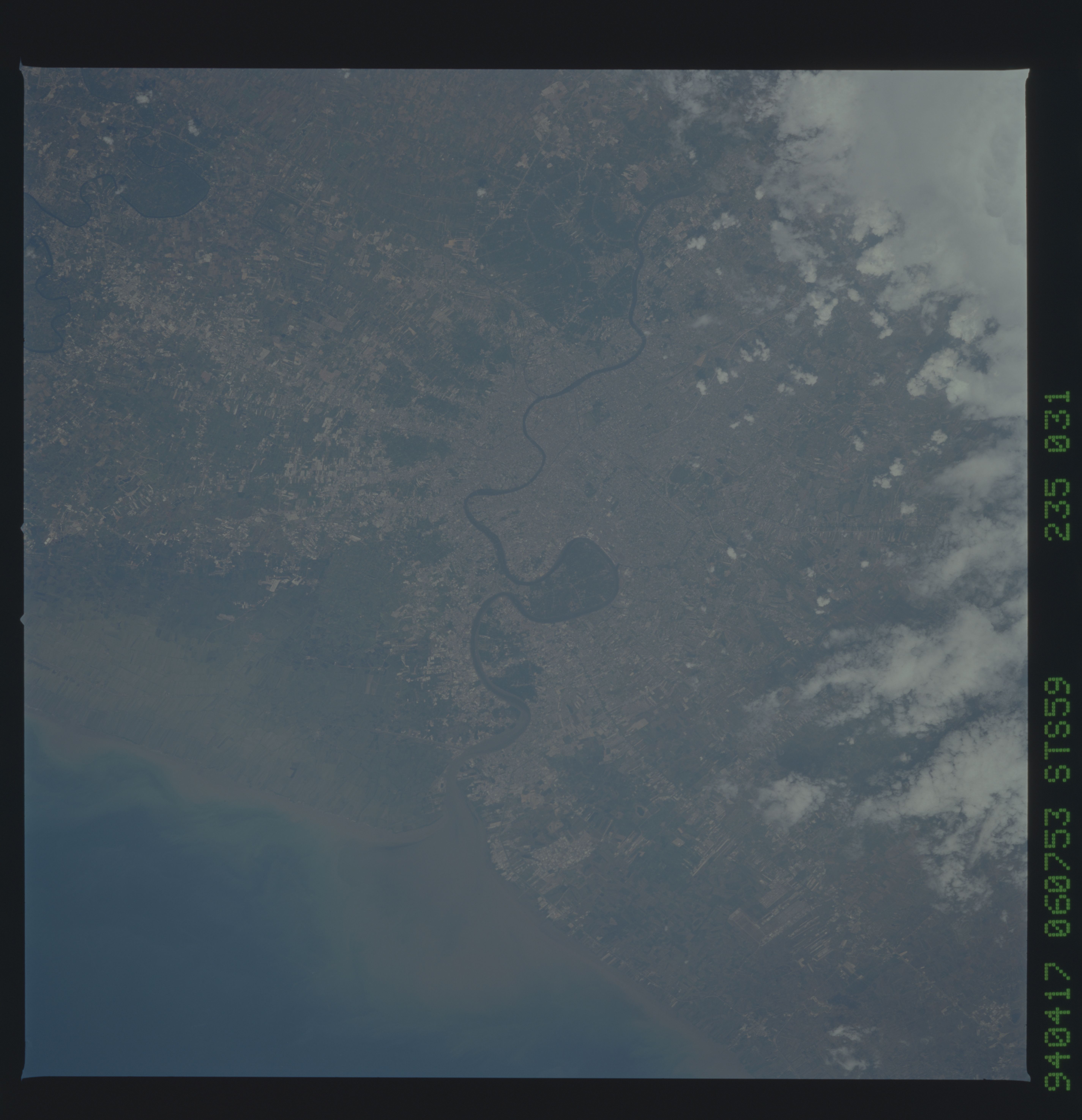 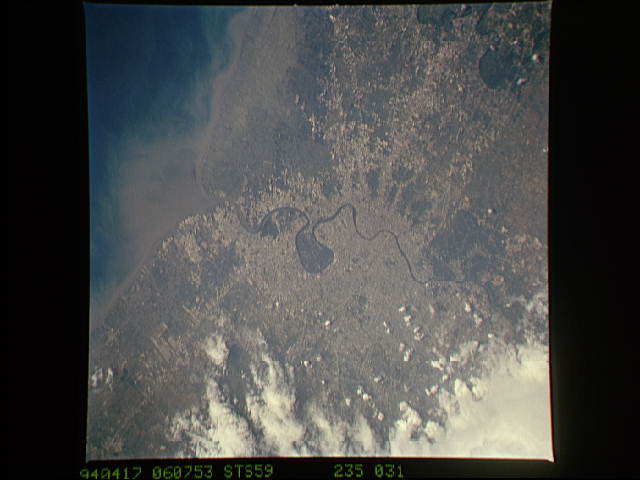 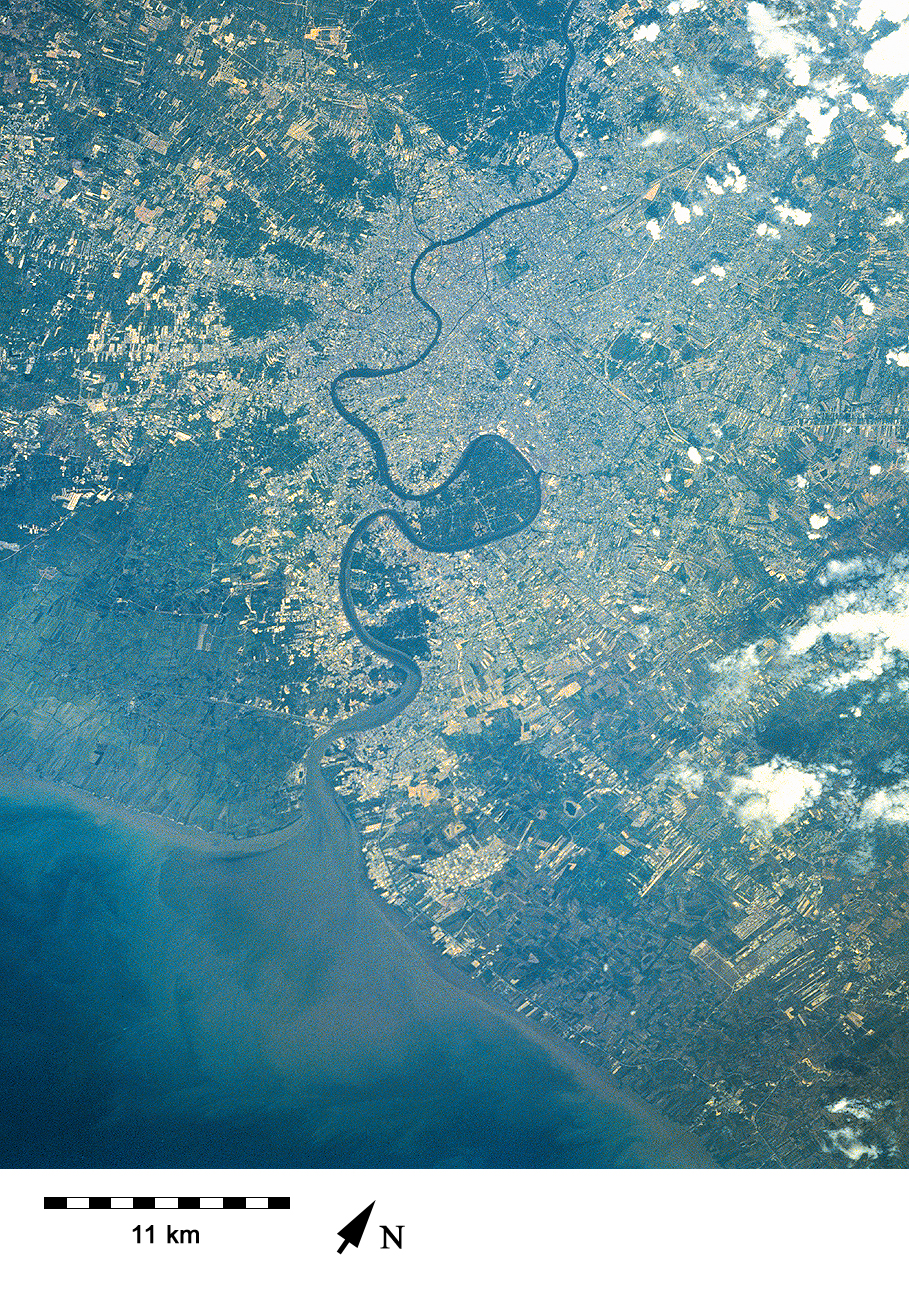 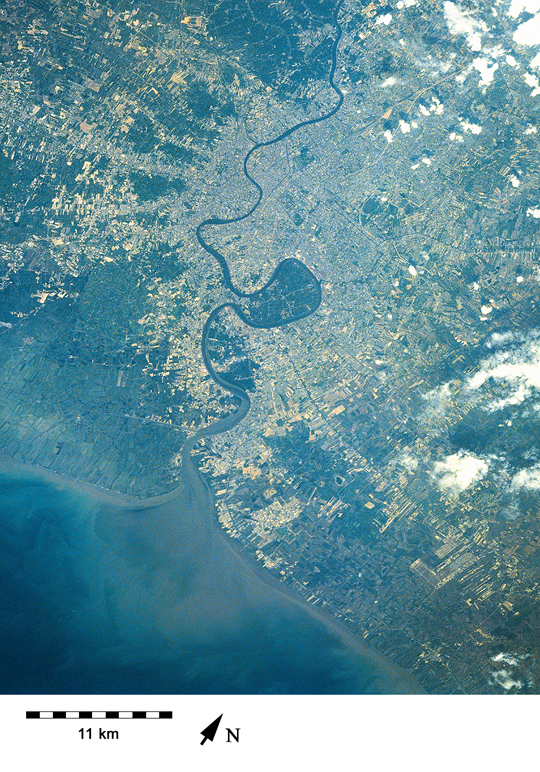 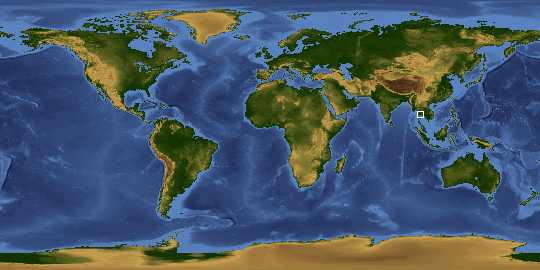 Other options available:
Download Packaged File
Download a Google Earth KML for this Image
View photo footprint information
Download a GeoTIFF for this photo
Image Caption: STS059-235-31 Bangkok, Thailand April 1994
Bangkok, featured in this southeast-looking, low-oblique photograph, is the capital of Thailand and one of the leading cities in Southeast Asia. Situated on the east bank of the Chao Phraya River 25 miles (40 kilometers) above the river's entry into the Gulf of Thailand, Bangkok lies in the heart of Thailand's major commercial rice-growing region. Bangkok's manufacturing products include rice, paper, textiles, food products, and electrical goods; other industries include oil refineries, sawmills, shipyards, motor vehicle assembly plants, and tourism. As a world-famous jewelry trading center, Bangkok deals in silver, bronze, and precious stones. Hundreds of Buddhist temples are scattered throughout the city. Since 1955, Bangkok has been the site of the headquarters of the Southeast Asia Treaty Organization and the United Nations Economic Commission for Asia and the Far East. The city lies at or below sea level (land subsidence is a severe problem) and is riddled by a network of canals filled with boat traffic and "islands" of floating garbage. Traffic congestion on narrow streets and other transportation arteries is also problematic. With its air and water fouled by a large and growing population, Bangkok has the unpleasant distinction of being the world's most polluted city.