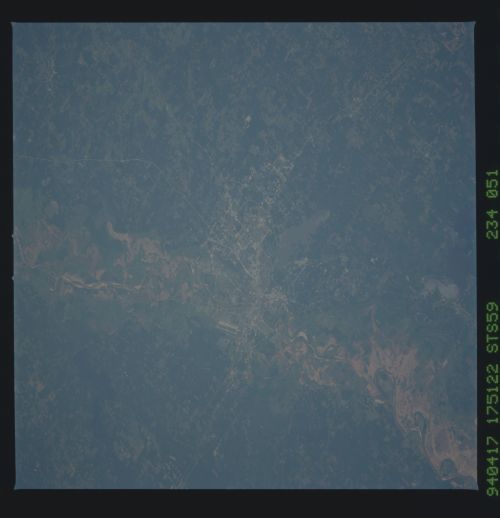 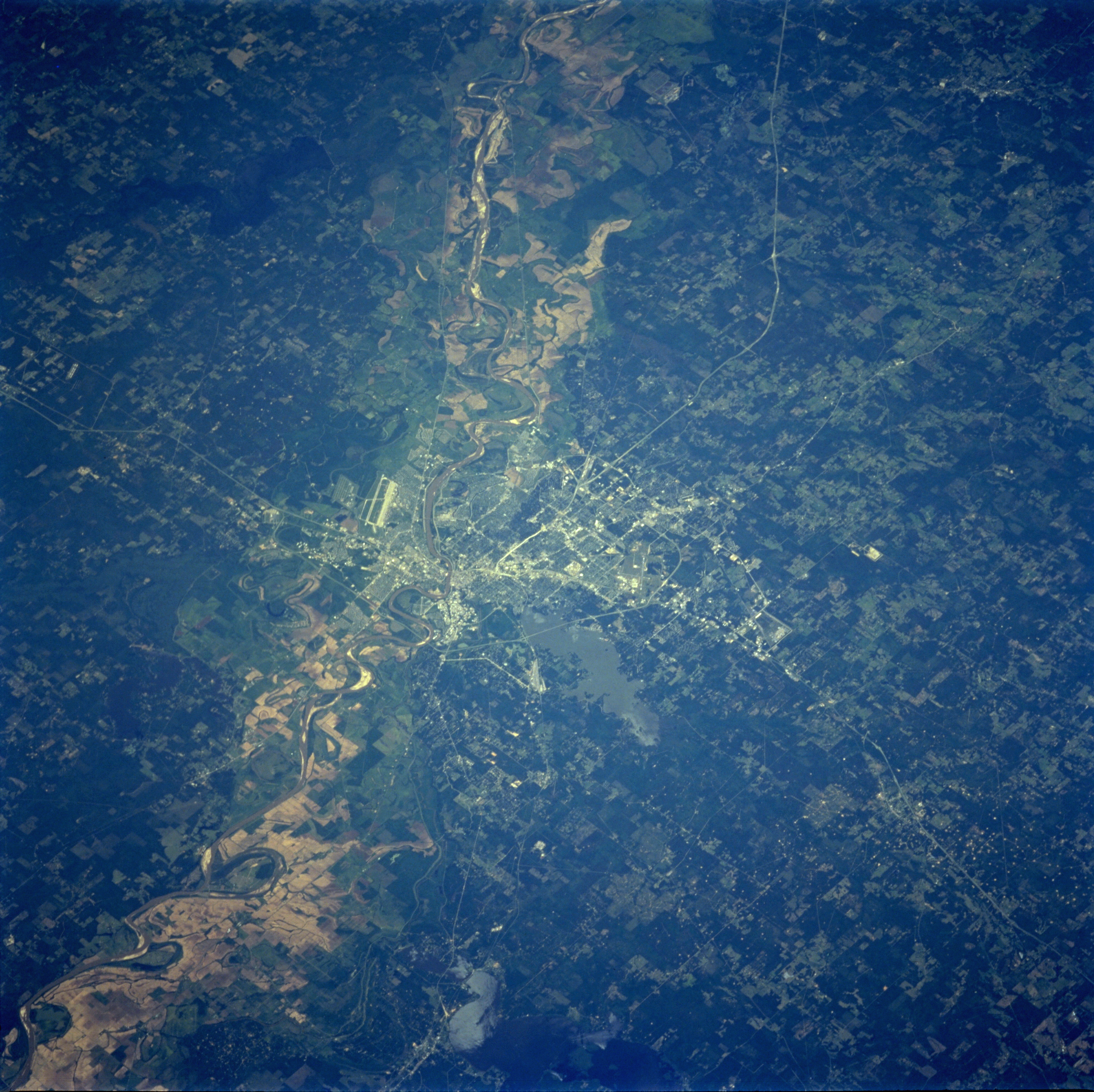 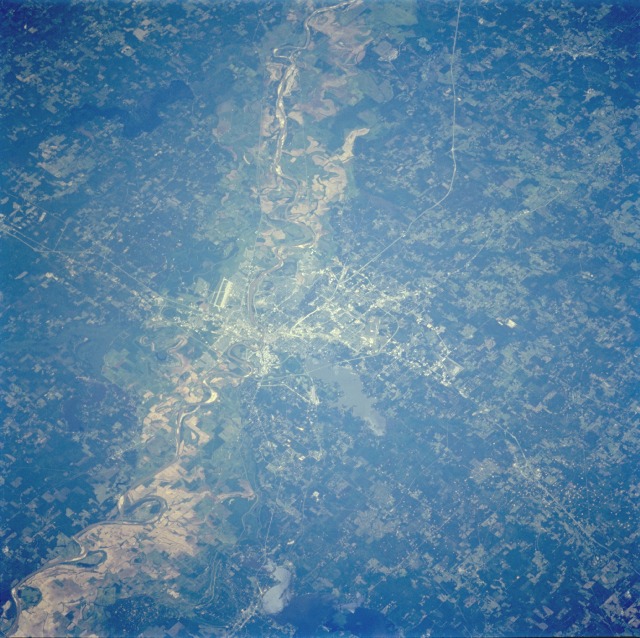 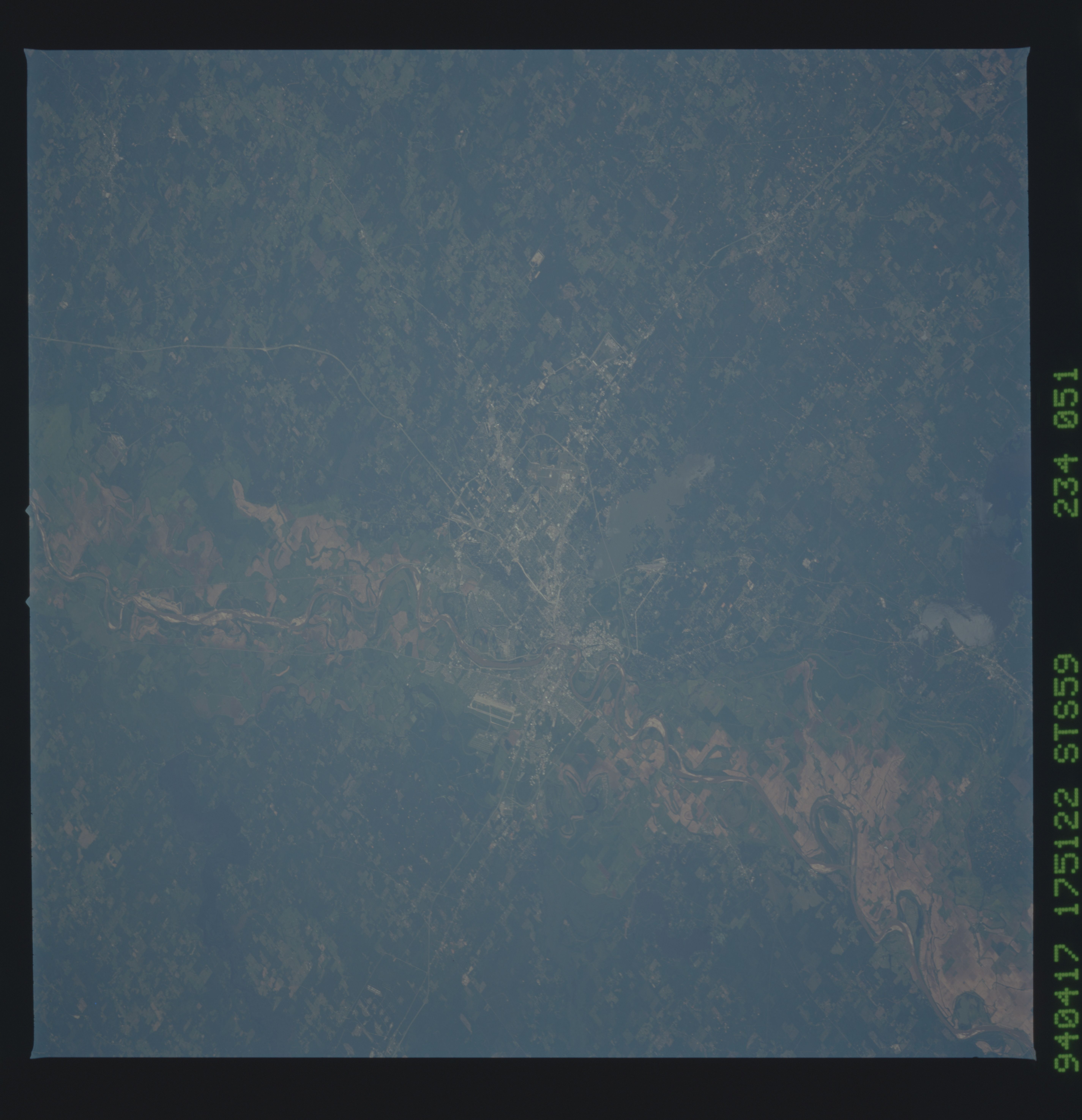 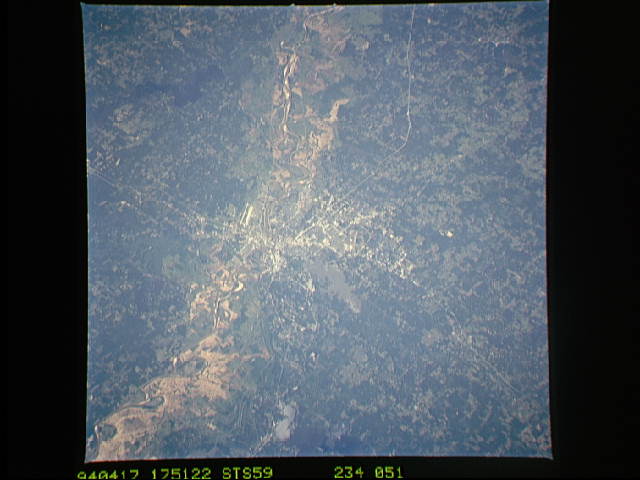 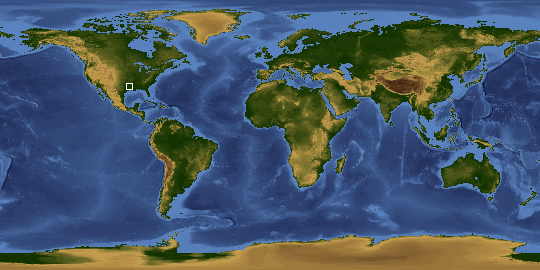 Other options available:
Download Packaged File
Download a Google Earth KML for this Image
View photo footprint information
Download a GeoTIFF for this photo
Image Caption: STS059-234-051 Shreveport, Louisiana, U.S.A. April 1994
Shreveport and the Red River Valley, with its reddish-brown agricultural fields, are prominent in this low-oblique, southeast-looking photograph. With the discovery of oil in 1906, Shreveport began to develop into a major industrial city; with a population of almost 208 000, it is an oil and natural gas center. It is also a hub for the manufacture of metals, chemicals, machinery, telephones, and defense products. Cotton, lumber, dairy goods, animal feed, and grain are also produced. The large airport runway at Barksdale Air Force Base (east of the Red River near the center of the photograph) and Cross Lake (northwest of the city) are visible in the photograph. During the Civil War, Shreveport became the Confederate capital of Louisiana in 1863.