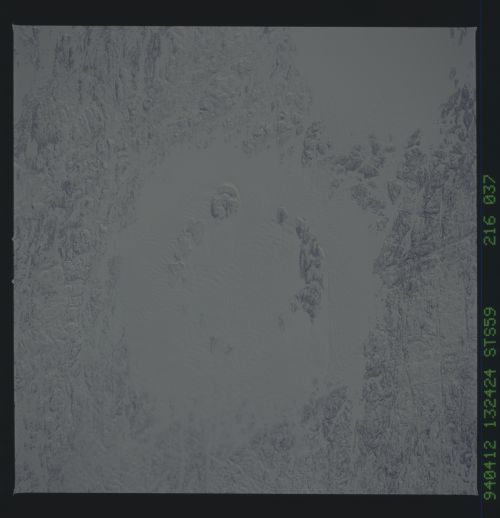 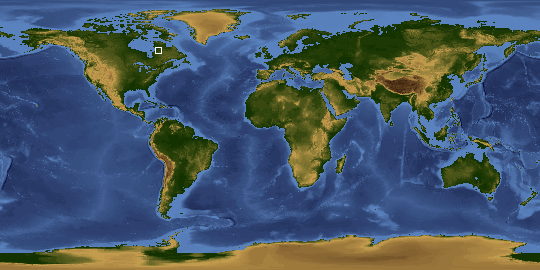 A near vertical view of a frozen Clearwater West Lake impact crater in
Quebec, Canada. Clearwater West has a diameter of 32 km and an
estimated age of 290 + 20 m.y. Both Clearwater East and West were
formed simultaneously by the impact of two astroids. T283G