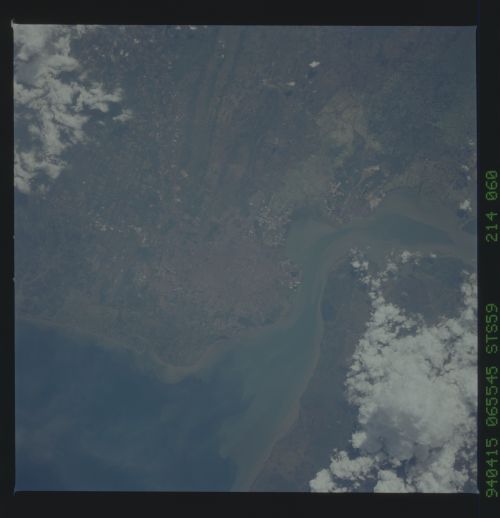 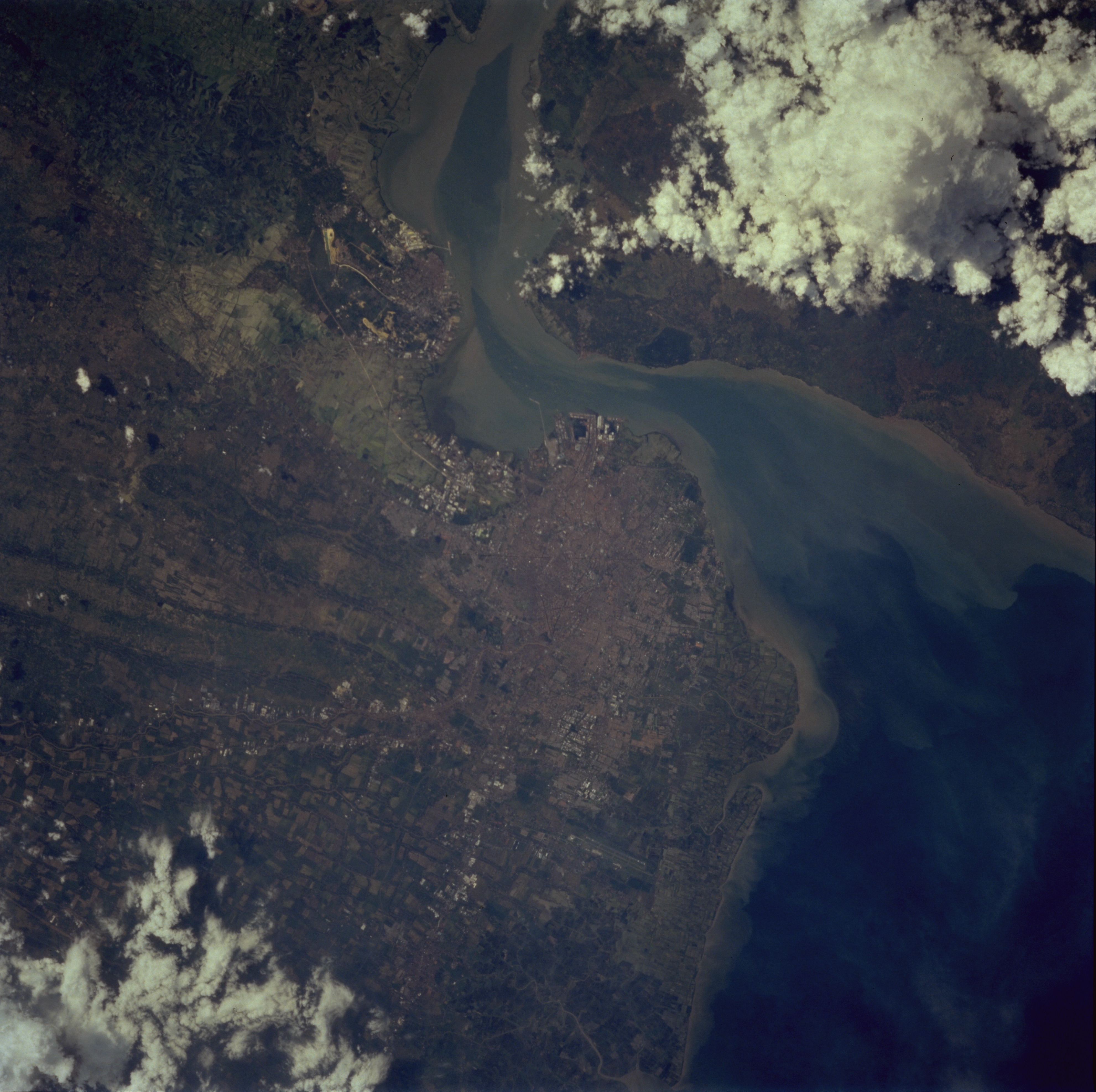 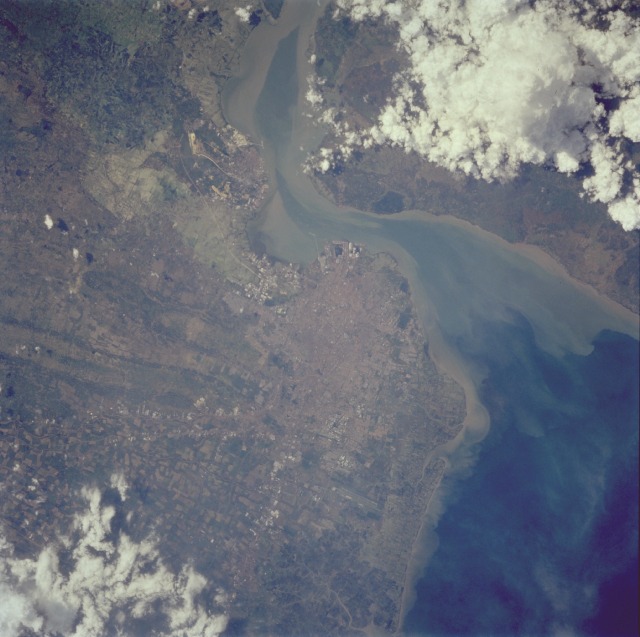 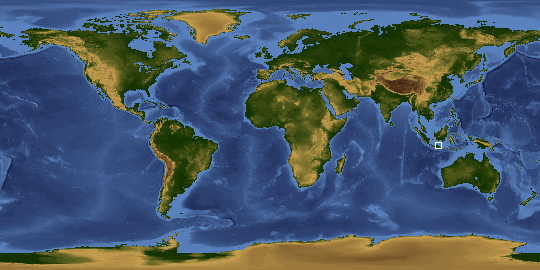 Other options available:
Download Packaged File
Download a Google Earth KML for this Image
View photo footprint information
Image Caption: STS059-214-060 Surabaya, Java, Indonesia April 1994
Surabaya, Indonesia's second most-populated city, with over 2 million (Jakarta, the country's capital, has almost 8 million ), is obvious in the center of this near-vertical photograph. Agriculture is indicated by large cultivated field patterns southwest of Surabaya, which is a major industrial center, shipbuilding center, regional manufacturing and ground transportation hub for northeastern Java, and the principal naval base for Indonesia. Prior to World War II, this seaport was used by the Dutch; from 1942 to 1945 it was occupied by the Japanese. Numerous fishing ponds lie between the much smaller, but growing, coastal city of Gresik (population of approximately 100 000) and Surabaya, 8 miles (13 kilometers) southeast of Gresik. The Bay of Surabaya separates this part of Java from Madura Island to the northeast. Near-shore sediment plumes are observed along both coastlines. The larger body of water east of Surabaya is the western end of the Madura Strait.